Space Creatures and the Catholic Church 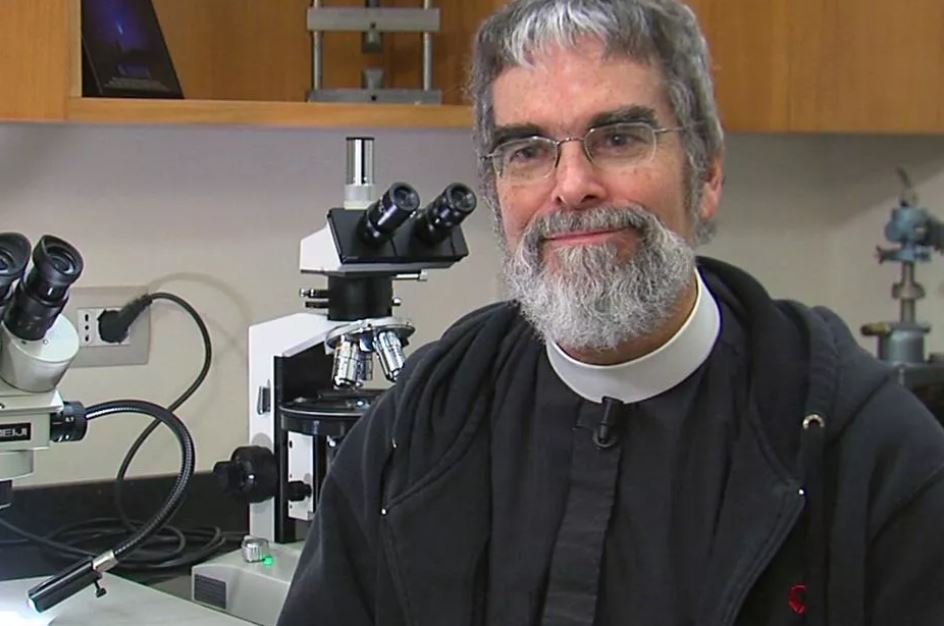 Space Creatures and the Catholic Church

What do Catholic scientists like Vatican Observatory director Brother Guy Consolmagno say about the possibility of life on other planets?

So maybe there is life on Venus. At least that’s the conjecture of scientists: On Sept. 14, researchers announced that they’d found the “fingerprint of phosphine,” a molecule that may indicate biological activity, in Venus’ atmosphere.

What exactly does that mean? Well, it’s not as conclusive as finding a pile of aliens’ gum wrappers or a handwritten note from a little green man, but it is important, according toScientific American, because “on our planet, phosphine is produced only by microbes and by human industrial activity, as far as we can tell. So, finding the gas on another world, in an environment that astrobiologists had already flagged as potentially habitable, is exciting news indeed.”

And this latest announcement of possible extraterrestrial life is not the only report to challenge our presumption that humans stand alone as God’s only creation of intelligent life. In February 2017, the National Aeronautics and Space Administration announced that they had discovered seven Earth-sized planets orbiting a dwarf star named Trappist-1. Held in a gravitational embrace by the tiny “salmon-colored” star, the seven planets might, NASA suggested, have the perfect requirement to host the primary ingredient of life: water. Amaury H.M.J. Triaud, an astronomer at the University of Cambridge in England who was part of the research team that discovered the new planets, said, “I think that we have made a crucial step toward finding if there is life out there.”

And there’s more! In recent years, astronomers have discovered more than 3,000 exo-planets — planets that, like ours, are close to a sun. So it’s certainly plausible that there could be alien life, whether similar to earth-bound humans like us, or unimagined creatures uniquely suited to another atmosphere.

Here on Planet Earth, news that there could be life on another planet is always met with a mixture of emotions. Excitement, to be sure, at the thought that we may have distant relatives we’ve never met. Worry, because exteraterrestrials could pose a threat to humankind — if not a surreptitious attack by power-hungry little green monsters in space capsules, then a biological threat from as-yet-unknown bacteria or viruses.

The Catholic Church and Aliens

What does the Catholic Church teach about the possibility of life on other planets? Argentinian Jesuit Father José Gabriel Funes is the former head of the Vatican Observatory at Castel Gandolfo. In a 2008interviewwith Catholic News Agency, Father Funes said that there is no contradiction between faith and science. “Just as there is a multiplicity of creatures over the earth,” Father Funes said,

…so there could be other beings, even intelligent (beings), created by God. This is not in contradiction with our faith, because we cannot establish limits to God’s creative freedom. To say it with St. Francis, if we can consider some earthly creatures as ‘brothers’ or ‘sisters,’ why could we not speak of a ‘brother alien?’ He would also belong to the creation.

Pope Francis, in a homily in May 2014, made the same point. “Imagine if a Martian showed up, all big ears and big nose like a child’s drawing, and he asked to be baptized,” the Pope said. “How would you react?” His point was that everyone has a “right” to receive the Holy Spirit — even big green aliens or others who seem not at all like us.

Brother Guy Consolmagno, a Michigan-born Jesuit who serves as current director of the Vatican Observatory, is co-author with Jesuit Father Paul Mueller of a humorous yet informative book,Would You Baptize an Extraterrestrial?The book lists some of the serious and humorous questions that have popped up in the astronomers’ inbox at the Vatican Observatory. Brother Guy and Father Paul teach in the book that science and faith look at the same issues in different but complimentary ways. “My religion tells me God made the universe,” Consolmagno says. “My science tells me how he did it.”

Consolmagno explained, in an interview withThe Guardian, that the traditional definition of a soul was to have intelligence, free will, freedom to love and freedom to make decisions. “Any entity,” he said, “no matter how many tentacles it has, has a soul.” Yes, he would baptize an alien — but with one condition: “Only if they asked.”

Brother Guy Consolmagno is one of only four Jesuits in history to have had an asteroid named after him — 4597 Consolmagno, also known to scientists as “Little Guy.” In 2014, the American Astronomical Society’s Division of Planetary Scientists presented Consolmagno with one of planetary science’s most prestigious awards, the Carl Sagan Medal. The Sagan Medal “recognizes and honors outstanding communication by an active planetary scientist to the general public, and is awarded to scientists whose efforts have significantly contributed to a public understanding of, and enthusiasm for, planetary science.”

In addition toWould You Baptize an Extraterrestrial?, Consolmagno has authored or co-authored several other fascinating titles:Turn Left at Orion: Hundreds of Night Sky Objects to See in a Home Telescope—And How to Find Them,God’s Mechanics: How Scientists and Engineers Make Sense of Religion,The Heavens Proclaim: Astronomy and the Vatican, andBrother Astronomer: Adventures of a Vatican Scientist.

Cardinal Pell Returns to Rome, as...

What Black Lives Matter Can Learn...