Sri Lankan cardinal: It is ‘sad and unfortunate’ that Easter bombing suspects are released 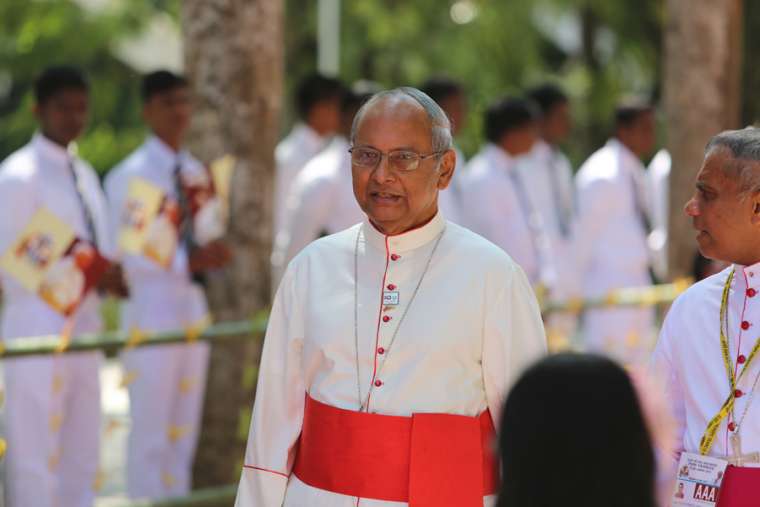 Sri Lankan cardinal: It is ‘sad and unfortunate’ that Easter bombing suspects are released

A year and a half after church and hotel bombings killed 259 people and injured another 500 in Sri Lanka, five of seven suspects arrested in connection with the attacks have been released by the country’s government.

The government has said the suspects were released due to a lack of evidence. However, Cardinal Malcolm Ranjith of Colombo, as well as friends and family of the victims, have said they fear the release means corruption, or a lack of a thorough investigation, on the part of the Sri Lankan Criminal Investigation Department.

“It is sad and unfortunate that those who are alleged to have been involved in the attacks are released,” Ranjith said in an Oct. 3 press conference, according to UCA News.

“Those who are affected physically and mentally wait for justice to be meted out, but it is unfortunate that the investigation is not going the way it should,” the cardinal added.

On April 21 of last year, suicide bombers detonated during Easter services at two Catholic churches and one evangelical Christian church, as well as at four hotels and a housing complex that same morning, with a total of nine suicide bombers. Later that week, the Islamic State claimed responsibility for the attacks. Ranjith said security officials had confirmed to him a few months ago that there was sufficient evidence against many of the suspects who had been arrested.

Of the suspects released, Ranjith and other Sri Lankans said they were most dubious of the release of Riyaj Bathiudeen, brother of Rishad Bathiudeen, who is the leader of the All Ceylon Makkal Congress party in Sri Lanka. According to UCA, a police spokesman told journalists on Sept. 15 that Riyaj Bathiudeen had met with one of the suicide bombers before one of the attacks on a hotel, and he is accused of other acts of collaboration with the bombers. He was released after 168 days of detainment. On Oct. 4, relatives of the victims of the Easter bombings protested in front of St. Sebastian’s Church, Katuwapitiya, a little more than 20 miles north of Colombo, demanding a fair and thorough investigation and for justice to be done.

“My family and child were both killed in the Katuwapitiya bombing. We need a fair solution,” S. Fernando, one of the demonstrators, told UCA. “Four of the seven suspects arrested along with Riyaj Bathiudeen in connection with the attack and detained for several months by the CID have been released and none of them have ever been produced in court. Do justice to the dead,” Fernando added. That same day, President Gotabaya Rajapaksa said in a Facebook post that national security was his government’s top priority, and that they had not made any deals with MP Bathiudeen in the release of his brother. According to UCA News, other media reports in the country claim that if such a deal were made with Bathiudeen, it would be to help secure his support for constitutional changes that would grant “sweeping powers” to the president. Ranjith has been outspoken in calling for a thorough investigation into the attacks. “Anybody who had dealings with these people who set off the bombs, even their bank accounts and their telephone calls, has to be investigated,” the cardinal said in February.

At that time, Ranjith said he believed that past government commissions “may have worked to cover up what happened,” but that he was “pleased” with the way the new presidential commission seemed to be handling the investigation.

Rajapaksa, who assumed office in November 2019, had been working with Ranjith on the investigation. Ranjith appeared before the investigation commission Dec. 6 and 7, 2019, to express the concerns of the victims and of the Catholic community.

Sri Lanka is an island nation in the Indian Ocean, southwest of the Bay of Bengal; its population is more than 21 million. More than 70% of Sri Lankans are Buddhists, roughly 13% are Hindus, almost 10% are Muslims, and fewer than 8% are Christians. There are 1.5 million Catholics in the country, constituting the overwhelming majority of the Sri Lanka’s Christians.

The country has been plagued with periodic violence since its 26-year civil war concluded in 2009.