St. Augustine: “The Power of the Memory is Great, O Lord” 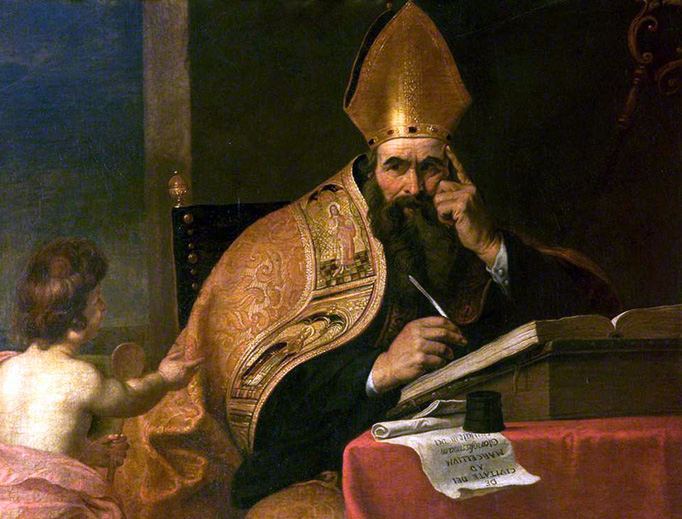 St. Augustine: “The Power of the Memory is Great, O Lord”

“You are always there above me, and as I rise up toward you in my mind, I shall go beyond even … this force which we call memory”

It’s not surprising that St. Augustine explored the nature and function of human memory as he recalled the events of his life in hisConfessions. The Doctor of Grace looked at his ability to retain and retrieve facts, images, feelings—as well as principles and laws of numbers and dimensions not conveyed by bodily senses. He pondered his ability to remember (and forget), and the fact that without memory he couldn’t even speak about himself.

“The power of the memory is great, O Lord,” he wrote. “It is awe-inspiring in its profound and incalculable complexity… The wide plains of my memory and its innumerable caverns and hollows are full beyond compute of countless things of all kinds.”

Memory, he said, is the “great force of life in living man” in which the mind can probe deeply without finding the end.

But when neurons in the brain are lost and memories seem to be sealed in their cerebral caverns and hollows, sufferers of dementia and Alzheimer’s disease may find increasingly that the power of memory that St. Augustine wrote about is beyond their reach.

Some might ask of God, as Augustine did, how they can find him if they have no memory of him.

“Yet, however it may be, and in whatever inexplicable and incomprehensible way it happens,” St. Augustine wrote, “I am certain that I remember forgetfulness, even though forgetfulness obliterates all that we remember.”

More scientifictheoriesfor why we forget include: information we seldom seek becomes increasing difficult to retrieve; memories can interfere with each other; information sought wasn’t ever stored in long-term memory; and we may have been motivated at one time to forget the information.

Those of us who struggle to remember, whether occasionally or often, can find an intercessor in another saint who himself was absent-minded.St. Thomas of Villanova, a 16th-century Augustinian friar, taught philosophy, led his community of friars and served as archbishop in Granada, Spain, although he had a poor memory. St. Thomas also was noted for his kindness to the poor.

St. Augustine’s examination of memory may offer less consolation to those who are dealing with serious memory loss and find accepting that loss challenging. But after reflecting on the power of memory, the saint wrote that he felt it necessary to go beyond memory to reach the Creator.