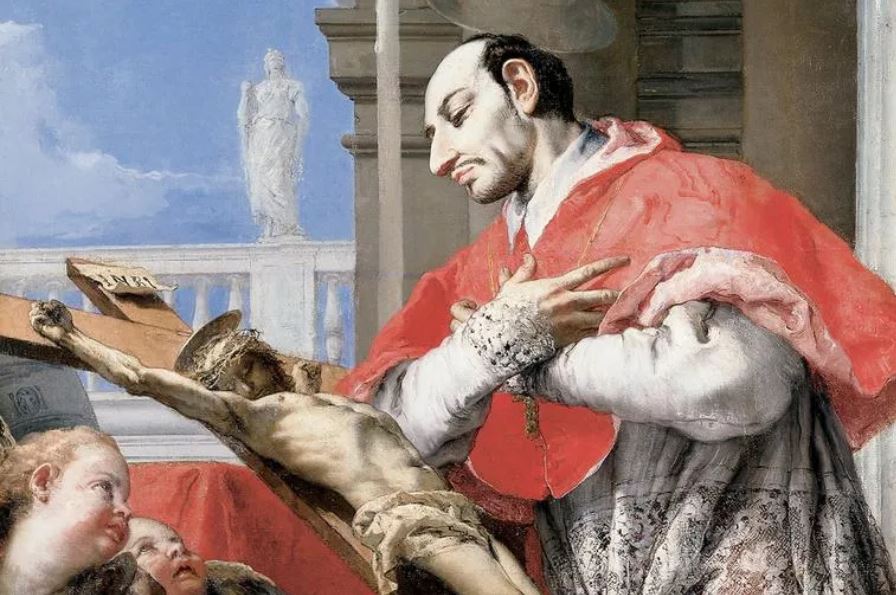 “This holy season teaches us,” said St. Charles, “that Christ’s coming was not only for the benefit of his contemporaries. His power has still to be communicated to all of us.”

In the aftermath of the 16th century Protestant Reformation/Revolt, four great churchmen are credited as instrumental in the counter-reformation which corrected many of the abuses rife in the Catholic Church at the time — St. Charles Borromeo, St. Ignatius Loyola, St. Philip Neri and Pope St. Pius V.

Charles was born into an Italian family of wealth and privilege. From his earliest years, he was known for his piety and serious demeanor, and also for a speech impediment that remained with him throughout his life.

In 1559, his uncle, Cardinal de Medici, became Pope Pius IV, who, in turn, created Charles cardinal-deacon and nominated him administrator to the vacant See of Milan. He asked his 22-year-old nephew to remain in Rome, however, where he entrusted him with many important duties. In 1563, Charles was ordained a priest, and two months later bishop.

During this time many in the papal court lived opulent lifestyles, yet Charles developed a disgust for the wealth and its trappings that could easily have been his. He once complained to a fellow bishop, “You know what it is to be a pope’s nephew, and a nephew beloved by him, nor are you ignorant what it is to live in the court of Rome. The dangers are infinite. What ought I to do, young as I am, and without experience? God has given me ardor for penance, and I have some thoughts of going into a monastery to live as if there were only God and myself in the world.”

But Got willed that Charles remain in Rome, where he played a key role in convening the third and last session of the Council of Trent, which would bring out sorely needed reforms in the universal Church. Charles supervised the preparation of the Catechism of the Council of Trent and the reform of liturgical books and church music. In 1566, Charles was instrumental in the election of Pope St. Pius V, who, in the next six years of his pontificate, implemented the Trent reforms which remained with the Church until Vatican II.

The new pope allowed Charles to take up residence in Milan, where he immediately went to work combatting corruption which was everywhere present. Among his reforms, Charles insisted that his priests and religious be both worthy and capable men, prompting three disgruntled priors to make an unsuccessful attempt on his life in 1569.

Charles’ personal sanctity was well known, as was the severity of his personal penances and his generosity to the poor. Among the challenges which befell Charles during this episcopate were a famine and a plague. Charles was a leader in aiding the victims of both, and urged his fellow priests and civic officials to do the same.

“This holy season teaches us that Christ’s coming was not only for the benefit of his contemporaries. His power has still to be communicated to all of us. We shall share his power, if, throughout holy faith and the sacraments, we willingly accept he grace Christ earned for us and live by that grace and in obedience to Christ.

“The Church asks us to understand that Christ, who came once in the flesh, is prepared to come again. When we remove all obstacles to his presence he will come, at any hour and moment, to dwell spiritually in our hearts, bringing with him the riches of his grace.”

Is it the Star of Bethlehem? ‘Chri...