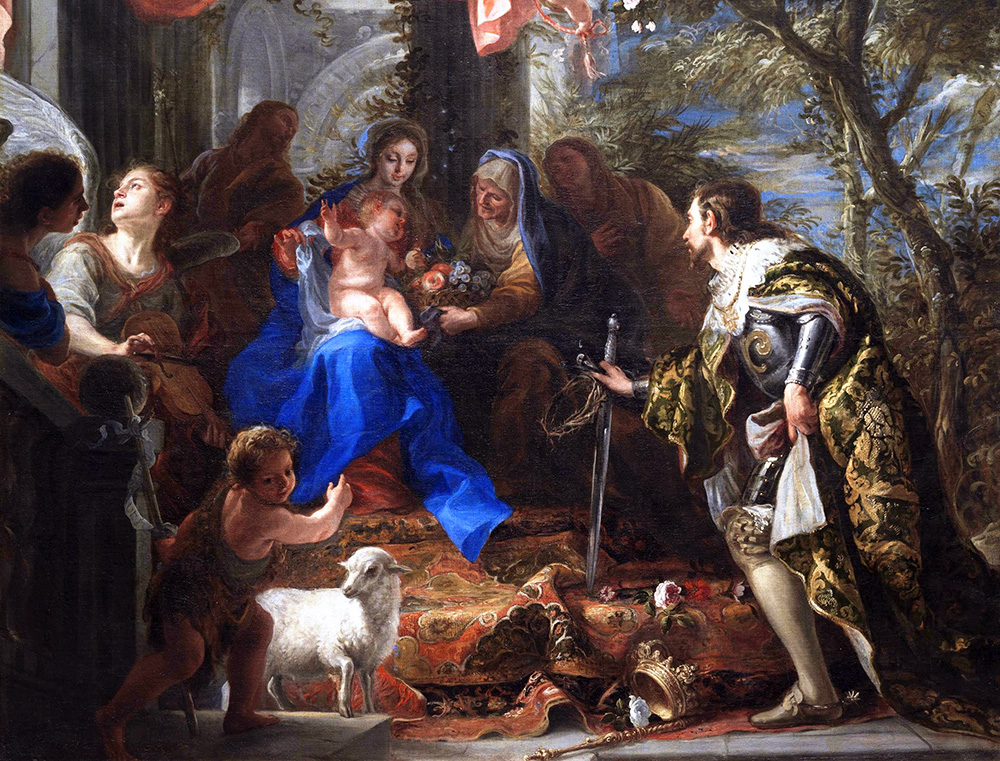 “King Louis IX was always compassionate as if he had always been unhappy.” —Voltaire

France has produced –– and is still in the process of producing –– many saints, but King St. Louis IX is the only French canonized king, and that says something about French monarchs.

Louis is one of my favorite saints especially because he’s the patron saint of the Secular Franciscans –– a group to which I belong. Interestingly, he was a contemporary of St. Francis of Assisi. I’m unsure why, but Louis isalsothe patron of hairdressers.

The Church has a surfeitof women saints who were holy spitfires and male saints who wouldn’t hurt a fly. However, in St. Louis, we have this perfect combination that can serve as a model for us all –– no matter what you’re looking for in a saint. According to all reports, Louis was saintly, just, moderate, brave, literate, chivalrous, intelligent, kind, humble and polite. He was regarded as the ideal Christian ruler. His reign was known as the “Golden Century of St. Louis.”

He fought as a Crusader for six years and was handily skilled with the sword and used it to dispatch his enemies on the battlefield. How cool is that? He could only be cooler if he were armed with a light saber.

I like St. Louis because he was the known as an honest and morally incorruptible. That alone should bring people to look upon him kindly. However, he was more than that. He was also prayerful, generous to the poor and a gentleman. And he could teach a thing or two to even our greatest generals about winning wars. He was tough and kind and he loved Christ and his Mother. Other European rulers were impressed with him not only for his military prowess, but also because his kingdom had great tracts of land. He was also known to be eminently fair and a man of the most impugnable moral integrity –– he would no sooner offend a begging peasant than he would a nobleman. What more can we ask for from a saint?

Louis IX reigned from Nov. 8, 1226, to Aug. 25, 1270. By all accounts, he was a remarkable monarch. He was consideredprimus inter pares(“first among equals”) among European kings and nobility. He was a skilled tactician and worked tirelessly to unite his kingdom while honorably defeating his enemies. He commanded Europe’s largest army and ruled its largest and wealthiest kingdom. His kingdom become a world center of arts and academics. St. Louis’ patronage of the arts produced many developments in Gothic art and architecture. Parisian art and décor became the standard throughout Christendom. He laid the foundation of the university that later become known as theSorbonnein 1257. He commissioned theSainte-Chapelle, his personal chapel –– an excellent example of the Rayonnant Gothic architecture –– in which he installed Christ’s Crown of Thorns and a fragment of the True Cross which he received in 1239–1241 from Emperor Baldwin II of the Latin Empire of Constantinople.

Louis also sponsored the production of the Morgan Bible –– a classic example of medieval art.

He fed 100 paupers in his home every day. He washed their feet and would eat whatever they left. He founded many hospitals and homes including one inQuinze-Vingtfor 300 blind men and the House of theFilles-Dieufor ex-prostitutes. Louis IX wore an intolerably itchy hair shirt and allow himself to be regularly whipped as penance.

Among his legal reforms, he established himself as the kingdom’s supreme judge to whom anyone could appeal. He did away with trials by ordeal and battle and demanded that demanded local tyrants not fight their neighbors in out-and-out wars. It’s interesting to note that Louis assured all prisoners that they’d be presumed innocent until proven guilty.

In 1256, in a classic example of Louis’ sense of justice and reform, Enguerrand IV, Lord of Coucy, arrested three young squires of Laon and hanged them without trial. When Louis had the nobleman arrested, he later demanded a trial by his peersandtrial by battle –– Louis refused both. Enguerrand was tried and ordered to pay 12,000 livres, part of which was dedicated to paying for Masses to be said in perpetuity for the men he killed.

Blanche of Castile –– Louis’ mother –– gave the Church two canonized saints –– Louis and his younger sister Isabelle of France. His mother was a saintly woman who often reminded him:

I love you, my dear son, as much as a mother can love her child; but I would rather see you dead at my feet than that you should ever commit a mortal sin.

Yikes!That’s sometoughlove! I’d pass out if my mother ever said those words to me. She certainlyimpliedit many times but never came out and said it.

In gratitude from recovering from an illness, he vowed to lead Christian troops in both the Seventh and Eighth Crusades against the Ayyubids, Bahriyya Mamluks and Hafsid Kingdom. He was captured in the first war but was ransomed. After he was ransomed from the Muslim invaders of the Holy Lands, he lived in the Crusaders’ Kingdom for four years and died on Aug. 25, 1270, of dysentery in Tunis, North Africa, at the age of 56. Louis is buried in Paris’ Basilica of St. Denis.

The saint’s piety and incredible acts of charity led to the legend that he had joined the Third Order of St. Francis. This is most likely untrue however, his actions certainly did mirror what St. Francis wanted for the lay people in the Third Order.

Louis was an overachieverpar excellence. His life reads like a slothful ne’er-do-well’s worst nightmare. Perhaps in addition to the Third Order and hairdressers, Louis can also serve as the “patron of those who strive their utmost” –– those who want to have a family and career and to be the Beloved’s beloved. It’s a heady notion but clearly, it’s possible. Now all the rest of us slobs have to do is fall on our collective knees and beg the Holy Spirit to make it a reality in our own lives.

St. Bartholomew the Apostle — From...