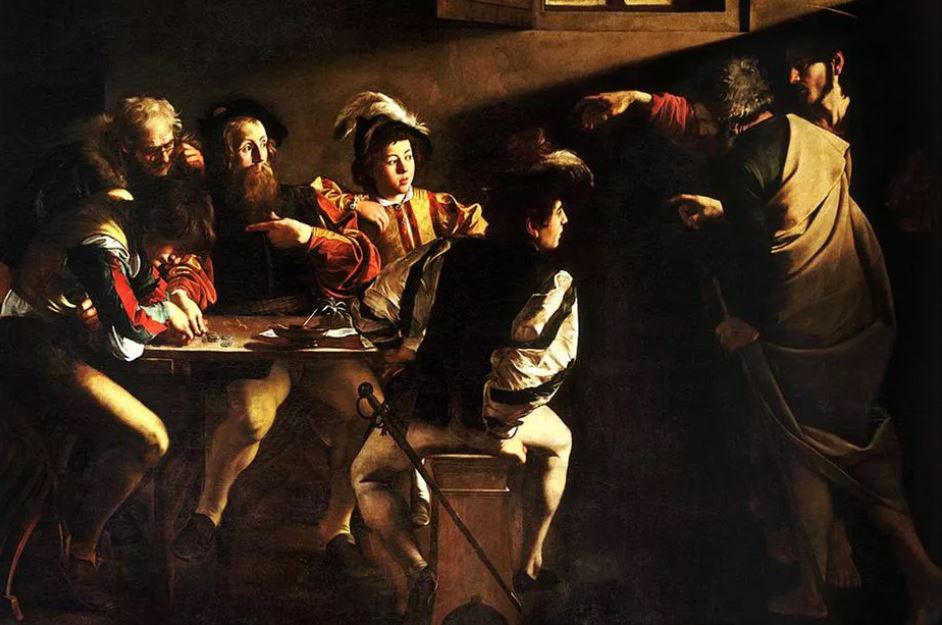 “As Jesus passed on from there, he saw a man named Matthew sitting at the customs post. He said to him, ‘Follow me.’ And he got up and followed him.” (Matthew 9:9)

Matthew (also known as Levi in the Gospels of Luke and Mark) was a Jewish tax collector, or publican, living in Capernaum. Tax collectors at that time were known as dishonest and corrupt people who would take advantage of anyone they could, overtaxing as much as possible for personal gain. So, although Matthew most likely lived in comfort, he would also have experienced much ostracism from his fellow Jews.

When Jesus called Matthew to apostleship, his sudden acceptance is striking to imagine. All three Gospel accounts state that he immediately got up and followed Jesus.Lukeemphasized how Matthew left everything he had behind in order to go with Jesus. It would be much easier to suppose that such a sinful and hated Jew would hesitate, either feeling unworthy or considering such a dramatic life change to be too daunting.

Another interesting point to notice in Matthew’s calling is the illustration of Jesus associating with sinners. After his drastic transformation, Matthew threw a big feast for Jesus and invited many of his tax-collector-type friends. The Pharisees and scribes had a hard time accepting Jesus mixing with such deplorable people. The Lord’s words must have stung as he compared himself to a physician whose duty required healing thesickrather than the healthy.

Tradition has named Matthew as the author of the first Gospel. This particular Gospel was written for Jews who chose to embrace Christianity, clearly showing the countless fulfillments of Old Testament prophecies through the life of Jesus.

What happened to Matthew after Pentecost is unknown. Because he is never mentioned in any of Paul’s letters, it is assumed by many that he did not travel within the Mediterranean region. Tradition holds that he preached in Persia at some point. Some claim he was martyred in Ethiopia; others believe he died of old age. His remains were allegedly transferred to Salerno, Italy, where they are now kept within the city’s cathedral.

St. Matthew shares a name day with the Old Testament prophet,St. Jonah— on Sept. 21! This is especially intriguing, for St. Matthew makes a reference to St. Jonah within his Gospel (see Matthew 12:38-42). St. Matthew is known as the patron saint of bankers and accountants. By exploring the Bible passages below, you can spend nine days with this sinner-turned-saint and evangelist. Ponder what each passage means to you and how it might nudge you to shift in your actions — to move closer to Christ.