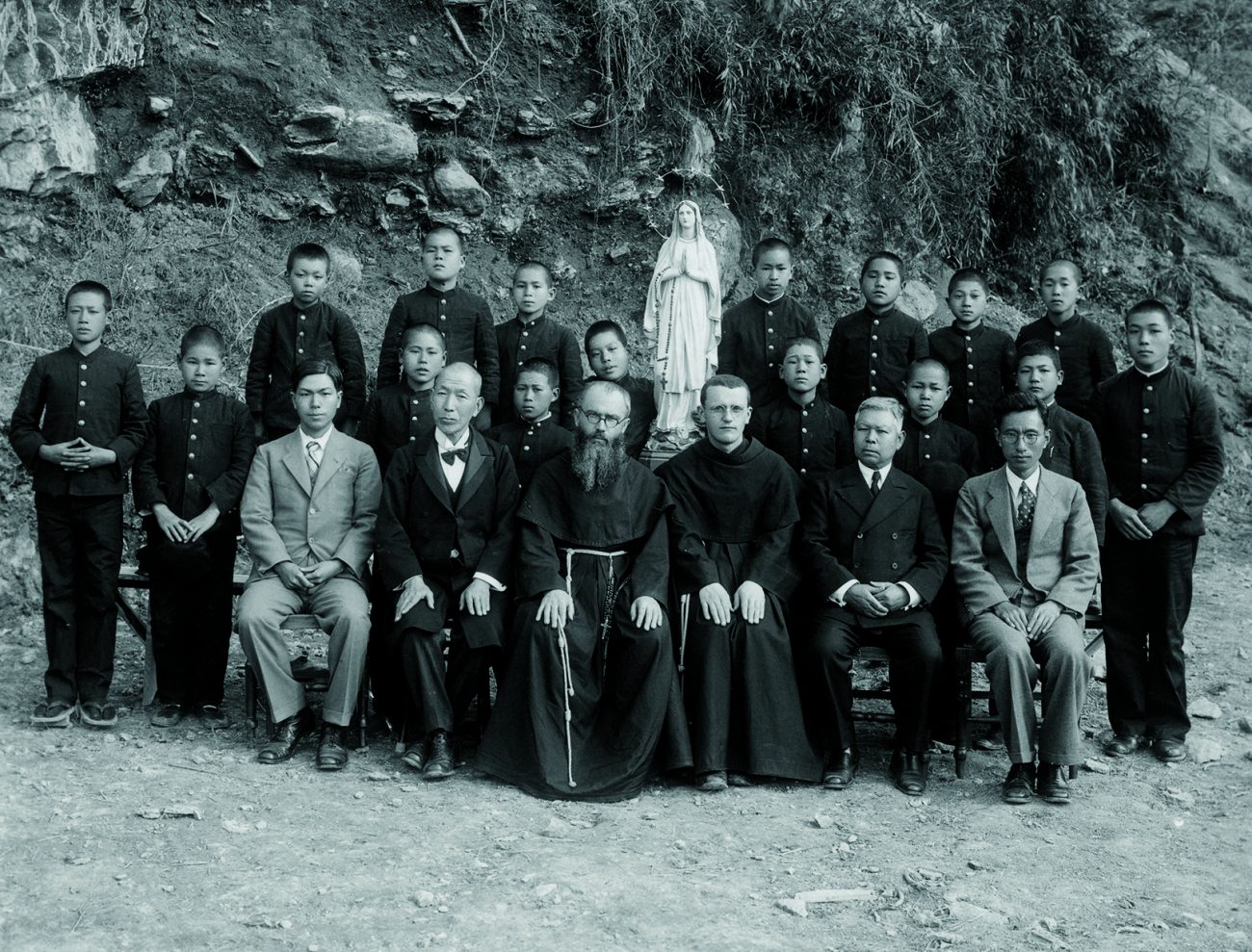 “Let me take this man’s place. He is a father … I am a Catholic priest.”

The place: Auschwitz Concentration Camp at the end of July 1941. The day had been long as the exhausted prisons stood in the hot sun waiting to hear the results of the search for an escaped prisoner.

“Your comrade who has escaped has not been found,” the German prison guard known for his sadistic cruelty announced. “Do you know what that means for you? So 10 of you will die in Cell Block 11 to die of hunger and thirst.”

The punishment was a deterrence for anyone with a mind to escape. The condemned men were selected. “No! Not me,” one of the chosen cried. “Think of my wife and children!”

Just then, one of the skeleton-like prisoners with wire-rimmed spectacles stepped forward. “I am old and sick. Let me take this man’s place. He is a father.”

“Who are you?” the guard demanded.

“I am a Catholic priest.” The guard accepted the trade and marched the 10 men to the bunker where they were stripped naked and placed in darkness awaiting a slow death from dehydration and starvation.

When Father Maximillian Kolbe offered to lay down his life, it was the fulfillment of a promise he had made as a young boy. He had been praying in front of the Blessed Mother statue in their Polish village church when a bright light struck him. Raising his head, he saw the Blessed Mother in a circle of light extending two wreaths for him to choose — a white one representing the priesthood, and a red one inviting him to martyrdom by giving his life for Christ. He chose both.

Just before he turned seventeen, Kolbe entered a Franciscan seminary. He added “Mary” as part of his religious name and began an ambitious project — creating the Militia of the Immaculata to “fight for Mary” against enemies of the Church, for conversions and the sanctification of all under the Blessed Mother’s protection. Members consecrated themselves completely to Mary Immaculate, wore theMiraculous Medaland daily said the prayer, “O Mary conceived without sin, pray for us who have recourse to thee.”

Kolbe was ordained a deacon 10 days after he created the Militia and became a priest on April 28, 1918. Later that year on Nov. 11, World War I ended and his dear homeland of Poland became independent through the Treaty of Versailles. With two doctorates earned in Rome, Kolbe returned to Poland and became a professor of theology at Krakow’s Theological Seminary while also building up his Militia. He founded a religious house near Warsaw, Niepokalanów — the City of the Immaculate — starting with 18 friars. By 1929, a decade later, it had grown to 650.

Kolbe helped the Immaculata Friars to publish pamphlets, books and a daily newspaper. The monthly magazine grew to a circulation of over 1 million. In 1930, Kolbe travelled to Nagasaki, Japan, with a handful of friars, where he spent several years serving as a missionary. A relapse of his tuberculosis forced him to return to Poland in 1936, although he was soon helping supervise the City of the Immaculate and direct publications again.

At the start of World War II, Kolbe resided at Niepokalanów. Nazi forces invaded Poland on Sept. 1, 1939, so most friars were sent to be with their families. Kolbe and a few remaining brothers were arrested under general suspicion on Sept. 13, but released three months later. During this time, Kolbe and the community helped to hide, feed, and clothe 3,000 Polish refugees, half of whom were Jewish.

Kolbe published another issue of The Knight of the Immaculate newspaper strongly criticizing the Nazis. They could afford to print only 120,000 copies and handed them out free of charge. The Gestapo quickly shut things down. On Feb. 17, 1941, Kolbe was arrested, beaten and jailed for refusing to deny Christ. He was sent to the Auschwitz concentration camp to do hard labor and was assigned to the vicious ‘Bloody Krott’ who singled out Kolbe for particularly brutal treatment. When his tuberculosis flared up, Kolbe was sent to the infirmary where he was able to get hosts from another priest and secretly celebrate Mass several times.

On June 15, Kolbe was able to send his mother a letter.

At the end of the month of May I was transferred to the camp of Auschwitz. Everything is well in my regard. Be tranquil about me and about my health, because the good God is everywhere and provides for everything with love. It would be well that you do not write to me until you will have received other news from me, because I do not know how long I will stay here.

Only a few weeks later, Kolbe offered his life in exchange for another. A prisoner charged with working at the starvation bunker, reported that Kolbe led the men in prayer and hymns to Mary. After 15 days, four men were still alive. They were injected with carbolic acid and cremated on Aug. 14, 1941. Kolbe was 47 years old.

On Oct. 10, 1982, the canonization of Maximilian Kolbe was celebrated by his countryman, Pope John Paull II at St. Peter’s Square in Rome. Franciszek Gajowniczek, the prisoner whose life he had saved, was present. “In a place designed to deny faith and systematically destroy love and all expression of human dignity, Maximilian Kolbe won a victory comparable to that of Christ himself,” the Pope declared.

The dialogue and much of this story were taken fromMaximilian Kolbe: The Saint of Auschwitz, creatively done in comic book form and includes real-life pictures from Kolbe’s life.

St. Maximillian Kolbe, pray for us.

What are the precepts of the Catho...