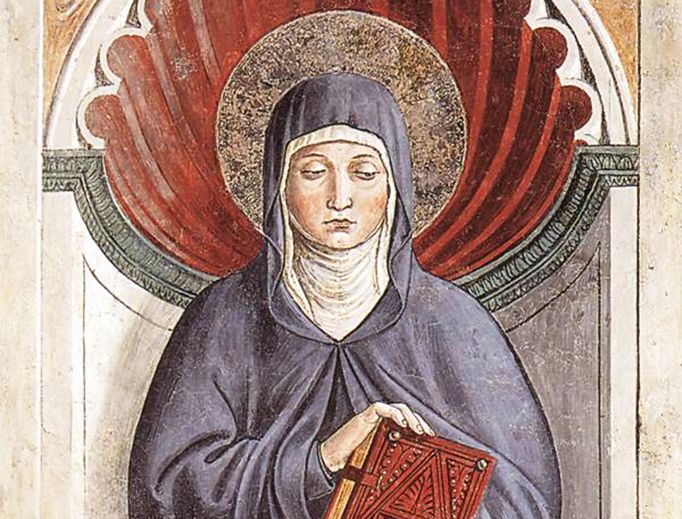 Her son was a wild one.

She had tried to impart solid virtues and a lively faith—but her atheist husband quashed that with his brusque way and bad example.

So when her eldest son reached his teens, he broke away—rejecting Christianity for an occult religion, and preferring an easy life of casual relationships and carefree sex. He fathered a child out of wedlock.

When her son had first begun the drinking, the carousing, the reckless lifestyle, she had turned her back in grief, forcing him out of the house. She had a mysterious dream, though, in which a messenger assured her “Your son is with you.” With hope that he would reject his evil companions and return to his faith, she welcomed the unrepentant young man back into her home.

The experiment was an apparent failure, for the son did not repent.Finally at 29, he abandoned his mother in the middle of the night—slipping away, traveling to a foreign land, without even saying goodbye.

Heavy hearted, she prayed continually for her beloved son.

The story is heart-wrenching,and the theme is all too familiar to many contemporary families.

Children of strong families grow and may, as young adults, hear the siren song of a society which scorns traditional values. They may fall prey to cultural morés which encourage “hooking up” or “living together” or casual sex. Fearing the consequences of their choices, they practice contraception or choose abortion. Beset by cognitive dissonance, instinctively recognizing that their new, “free” lifestyle is incompatible with their faith, they may drift away from church—sleeping in on first one Sunday morning, then another, until their conscience is numbed, and indifference and agnosticism become the new normal.

They may scarcely notice the twinge of guilt when they think about how far afield they’ve come from their parents’ expectations.

But the story doesn’t end in defeat.The mother is St. Monica, and the wayward son, St. Augustine—one of the most important figures in the history of the Church.

Monica’s constant prayer was that her son might return to a life of faith and virtue. She was especially concerned about his embracing of the Manichean heresy, which saw all matter as evil and promoted “liberation” from the physical world. Monica sought prayer and advice from a bishop, himself a former Manichean, who assured her that it was “impossible that the son of such tears should perish.”

Perhaps God’s answer to Monica’s fervent prayer was that Augustine should encounter Ambrose, the bishop of Milan. Under the influence of Ambrose, inspired by his saintly teaching, Augustine renounced the teaching of the Manichees. Eventually, he relinquished his vices, succumbed to God’s grace and was baptized.

Monica, who had followed her son to Milan, lived to see his baptism. Her saintly example and fervent intercession led to one of the most dramatic conversions in Church history.

She has been an inspiration to Christian motherswho pray that their children will grow in faith and virtue. Her story, as recounted in Augustine’sConfessions, has inspired the St. Monica Sodality, an organization of mothers who gather to pray and sacrifice for their children and other family members who have left the faith.