St. Nicodemus ? A Pharisee Who Risked His Reputation for Jesus 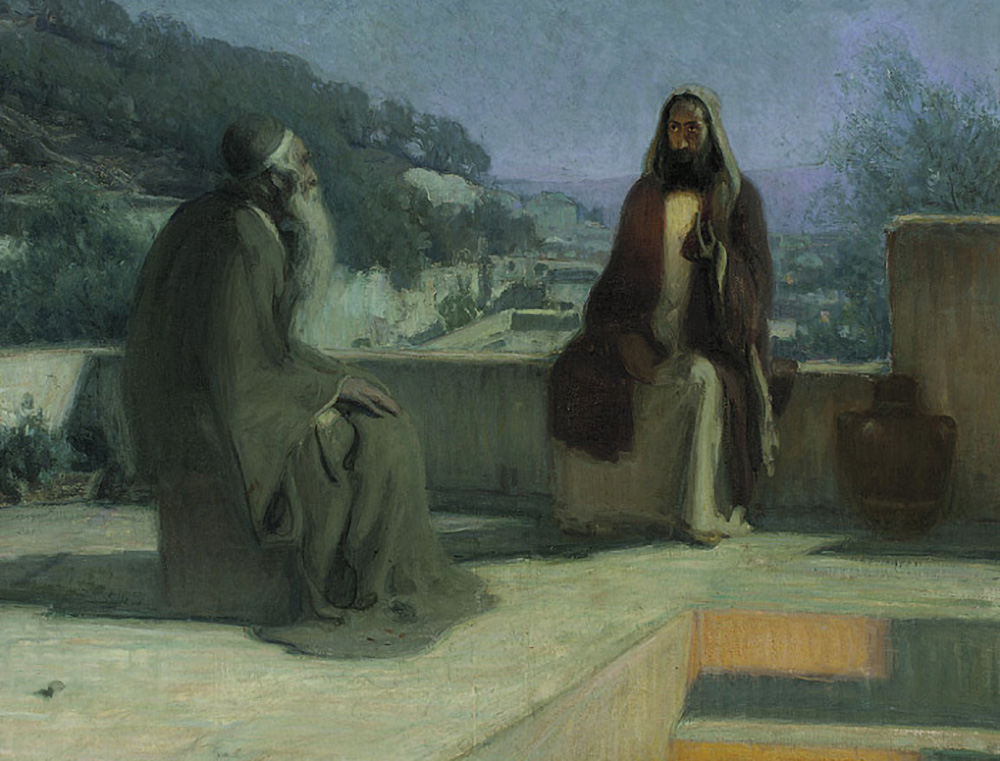 St. Nicodemus ? A Pharisee Who Risked His Reputation for Jesus

St. Nicodemus shares an Aug. 31 feast day with another religious leader who helped to bury Jesus — St. Joseph of Arimathea

Now there was a Pharisee named Nicodemus, a ruler of the Jews. He came to Jesus at night and said to him, “Rabbi, we know that you are a teacher who has come from God, for no one can do these signs that you are doing unless God is with him.”?John 3:1–2

The three episodes in the Bible that include St. Nicodemus can be found within the Gospel ofJohn. The first tells of a time when this pharisaic Jewish ruler went ? at nighttime, interestingly ? to see Jesus. Evidently he had heard Jesus speak and had seen him perform miracles. During the visit, Nicodemus proclaimed to Jesus that he was convinced that Jesus was a man of God. Jesus’ intriguing reply expressed that no one can see the kingdom of God without being born in a new way.

This comment baffled Nicodemus. His mind took a literal path, and he couldn’t imagine returning to a mother’s womb in order to be born again. Jesus’ reply for the perplexed Nicodemus is hard to follow, and biblical commentaries offer little assistance; however, baptism is often connected to this need for a renewed birth.

One becomes amemberof this people [the Church] not by a physical birth, but by being “born anew,” a birth “of water and the Spirit,” (John 3:3–5) that is, by faith in Christ, and Baptism.[CCC 782]

Later on, Jesus was preaching in Jerusalem, and some Pharisees became irritated over the impact Jesus was having on so many Jews. They sent some guards to arrest him; however, the guards were also moved by the words of Jesus and felt unable to apprehend him. They returned to the Pharisees, who were aggravated over the failed arrest. At this point, Nicodemus courageously spoke up and reminded the group that according to Mosaic Law, it was mandatory to listen to a person’s defense before condemning him. Nicodemus’s brave outspokenness seemed to temporarily dissolve the group’s desire for an arrest, for they all went home.

Nicodemus is last mentioned in the nineteenth chapter of John, whenJoseph of Arimatheatook the dead body of Christ to be buried. Nicodemus caringly brought a hundred-pound mixture of myrrh and aloes and then helped Joseph to wrap Jesus with burial cloths and place his body in a nearby tomb.

St. Nicodemus shares a feast day with another religious leader who helped to entomb Jesus — St. Joseph of Arimathea; their memorial is Aug. 31. Some might say that St. Nicodemus could be a saint to turn to if you struggle with having an open heart to truth, if you strive to keep a better focus on God. If you would like to get to know St. Nicodemus at a deeper level, spend four days with him in prayer. Meditate on one passage a day: let the words sink in, and ponder how the readings might have meaning in your life right now. Perhaps write down some inspirations and thoughts, and ask St. Nicodemus to pray for any needs.