St. Thérèse of Lisieux and the Murderer 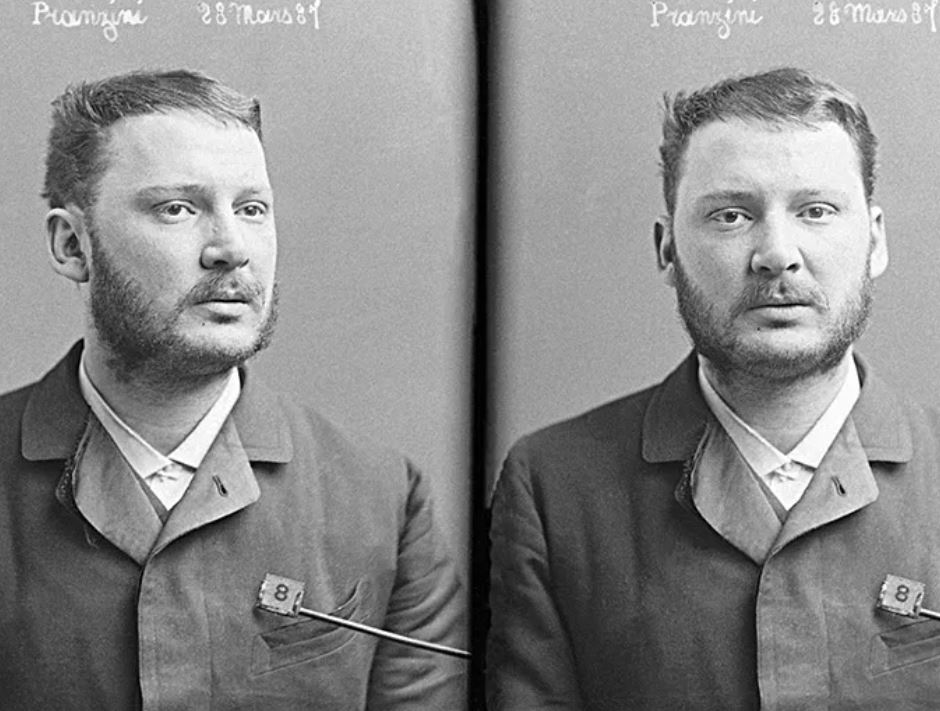 St. Thérèse of Lisieux and the Murderer

“I had obtained the sign I asked for, and to me it was especially sweet.”

The trial of Henri Pranzini opened July 9, 1887. In a densely packed courtroom, as the evidence mounted, the defendant continued to assert his innocence.The Times’Paris correspondent observed with disdain that the trial had revealed to the world a cruel and depraved aspect of that city’s life as a pathetic tale of courtesans and criminals was heard.

Finally, on July 13, with all the witnesses examined, and the case for the defense closed, Pranzini was asked if he had anything further to say. He replied: “I am innocent.”

In March 1887, reports from Paris of a triple murder had traveled across the Channel and were appearing in the London press.The Times’Paris correspondent reported:

A courtesan named Monty, or Regnault, lay dead at the foot of her bed, with two gashes on her throat, while her servant-maid and her daughter, a girl of 12, had been murdered in their bed. The supposed murderer is a man who mounted the stairs just as the concierge was putting out the gas. He had vainly attempted to force a safe containing jewels worth 200,000 francs….

Four days after the murder, it was reported that police at Marseilles had picked up a suspect, an “Italian.” The man’s name was Henri Pranzini.

Pranzini admitted knowing the principal victim but claimed that, for fear of being implicated in events, he had fled the French capital. He denied any wrongdoing. However, when police searched his lodgings they found bloodstained clothing.

By March 23, Paris detectives had returned to the murder scene on the Rue Montaigne, and, in so doing, had noticed that the apartment below that of the murder victim belonged to a watchmaker. Now armed with a watch, found on Pranzini when he was arrested in Marseilles, they presented it to the watchmaker. He recognized it. Furthermore, he showed the detectives that the serial number on the watchcase matched that of one in his work logbook entered after the item had been repaired. The case against Pranzini began to build.

On March 25, at Marseilles further circumstantial evidence surfaced when missing jewels belonging to the dead woman were discovered in a park Pranzini had visited.

But Pranzini continued to protest his innocence. He said he had an alibi. On the night of the murder he was with his mistress, he claimed. On March 28, when questioned, the woman named confirmed his story. So was Pranzini telling the truth? Was he, after all, innocent of these heinous crimes?

Soon after, the examining magistrate received a letter from the woman named as Pranzini’s mistress. In the letter she retracted her earlier statement. Instead, she told of how the day after the murders, fearing for his arrest, Pranzini begged her for the funds necessary to quit Paris. These she duly gave him, later escorting him to a train station where she watched him leave for Marseilles. So there was no alibi, rathermore incriminating evidence.

Police inquiries about the murder weapon centered on a Paris shopkeeper who had come forward to recount a curious tale. It told of a well-dressed man with a foreign accent buying a knife and then, curiously, soon after returning to buy a much larger butcher’s knife. It was clear to the vendor that the man purchasing the knives was not a butcher. Furthermore, the shopkeeper’s description of the man matched that of Pranzini.

The French Press, as much as the police, now began to ask: who was Henri Pranzini?

What they found was that although of Italian stock, Pranzini was in fact born at Alexandria in 1856. His first work was in the Egyptian post office. This job did not last, as he was dismissed for theft. Thereafter, he turned up as an interpreter with the Russian Army, and then with the British Army in the Sudan. There were claims he had traveled as far as Afghanistan and even Burma. There were other more sinister claims of crimes committed elsewhere. In the end, it seemed he belonged nowhere, and to no one. By the time he came to Paris, in 1886, he was penniless. It wasn’t long before he had made the acquaintance of a number of women, one of whom was known as “Madame de Montille.” She would later be known to the world as Marie Regnault – one of the murder victims of March 17, 1887.

Police and prosecutors now moved to convict Pranzini. A trial date was set for early July.

The prosecution case was as follows: Marie Regnault, her servant Annette Gremeret and her child, were all murdered in the early hours of March 17, 1887. Although money and jewels were stolen, an attempt to force the safe, where there was a much larger amount of money, had failed. One weapon, a butcher’s knife, had been used in each of the murders. The servant was killed whiletrying to aid her mistress; the child was killed asleep in her bed.

As the court heard of these gruesome details, 200 kilometers to the north of Paris, in the town of Lisieux, there lived a 14-year-old girl, Thérèse Martin. One Sunday, at the end of Holy Mass, a religious picture fell from the girl’s missal. On it was an image of the wounded and pierced divine hands. It seemed to Thérèse that it was as if the Precious Blood had fallen to the ground without anyone noticing. There and then, she resolved to place herself at the foot of the Cross, where she would “thirst” for the good of souls. She especially desired to “snatch sinners from the everlasting flames of hell.”

On July 13, with all the witnesses examined, and the defense case made, Pranzini protested his innocence. With that the jury retired at 4:45 p.m.

Before this sentence was executed, however, there were to be two avenues of appeal, one legal, and a final one plea for clemency. The former was quickly dismissed, and the then-President of France rejected the latter. By the middle of August it was clear Pranzini was to die.

The murders on the Rue Montaigne and the subsequent trial had gripped all France; Lisieux was no different.

By the end of August, even the youthful Thérèse had heard of the “notorious criminal Pranzini” andthe death sentence that awaited him.

Thérèse feared Pranzini being lost for all eternity. To avert that “irreparable calamity” she decided to employ “all the spiritual means” she could. And so she began to offer the “infinite merits of Our Savior and the treasures of the Holy Church” for his salvation.

At 4:30 a.m. on Aug. 31, 1887, the door to Pranzini’s cell opened to reveal two prison guards and a chaplain. At this, it is said the prisoner turned pale. Pranzini’s step became noticeably less firm as he made his way to the prison gates. These opened to reveal a public square, and at its center a scaffold.

“My God, I am quite sure that Thou wilt pardon this unhappy Pranzini. I should still think so if he did not confess his sins or give any sign of sorrow, because I have such confidence in Thy unbounded Mercy; but this is my first sinner, and therefore I beg for just one sign of repentance to reassure me.”

Declining assistance, and feigning bravado, Pranzini started to walk forward to the executioner.

At the foot of the scaffold, however, he began to totter. Turning to the chaplain, Pranzini asked for the crucifix, which he took and kissed. He mounted the scaffold but then broke down. After a pathetic struggle, he was strapped down upon the apparatus. At two minutes past five, the blade of the guillotine was loosed, at first descending slowly, its pace soon quickening.

“The day after his execution I hastily opened the paper… and what did I see? Tears betrayed my emotion; I was obliged to run out of the room. Pranzini had mounted the scaffold without confessing or receiving absolution, and … turned round, seized the crucifix which the priest was offering to him, and kissed Our Lord’s Sacred Wounds three times … I had obtained the sign I asked for, and to me it was especially sweet. Was it not when I saw the Precious Blood flowing from the Wounds of Jesus that the thirst for souls first took possession of me?

“My prayer was granted to the letter.”