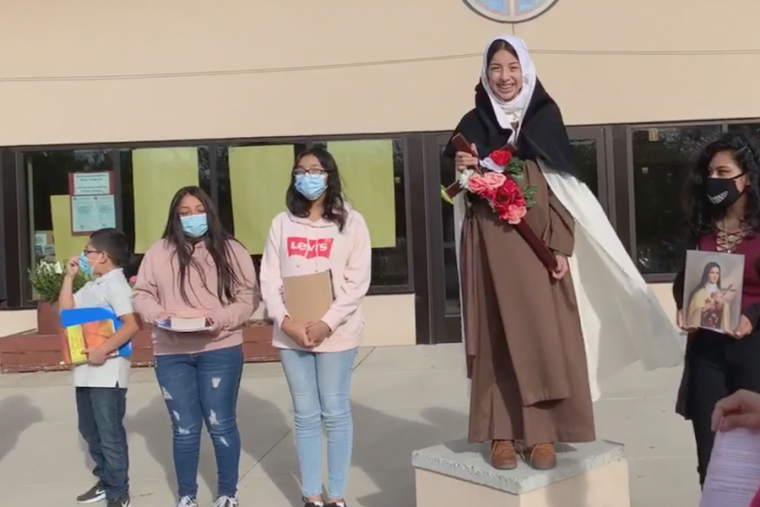 Two weeks after vandals toppled a statue of St. Therese at a Catholic parish in Utah, the parish said it has been overwhelmed by support and generosity from the Catholic community, both locally and globally, as it celebrates the feast of its patron saint.

“We are thankfully doing well, overwhelmed with all the generous and loving support we have received from our community, different parishes, individuals, and people from even all over the world reaching out to let us know they are praying for us and supporting us,” André Sicard, a seminarian at St. Therese of the Child Jesus Catholic Parish in Midvale, Utah, told CNA.

On September 14, the parish reported that vandals toppled their large statue of their patron, St. Therese, that had greeted parishioners outside the main church building for the past ten years.

Sicard said while police do not have any leads as to who toppled the statue, the parish staff suspects that it was homeless individuals, “who we have had some trouble with in the past.”

The parish used to offer more services to the local homeless population, but has had to pull back in recent years following several vandalism incidents, including a broken door and window and some stolen items, Cecilia Lopez, director of religious education for the parish, told Fox 13 News in Salt Lake City.

“We do not believe it to be a hate crime like other vandalism that is occurring around the country,” Sicard told CNA.

For the feast of St. Therese on October 1, Sicard said the parish is celebrating two Masses, one in English and one in Spanish, both of which will be livestreamed on the parish Facebook page.

The parish is also celebrating the conclusion of the St. Therese novena “with a student from the religious education classes dressed up as St. Therese and standing on the pedestal where our beloved statue used to be.”

Sicard said the parish is still evaluating whether to replace the broken statue or to repair the original. It is also looking into improving its security measures, by adding more lights and cameras around the parish campus. Elevating the statue pedestal, as a precautionary measure, is also something the parish is considering.

Donationshave come in from numerous supporters to assist with repairing or replacing the statue, the parish said.