St. Zechariah — Husband of St. Elizabeth and Father of St. John the Baptist 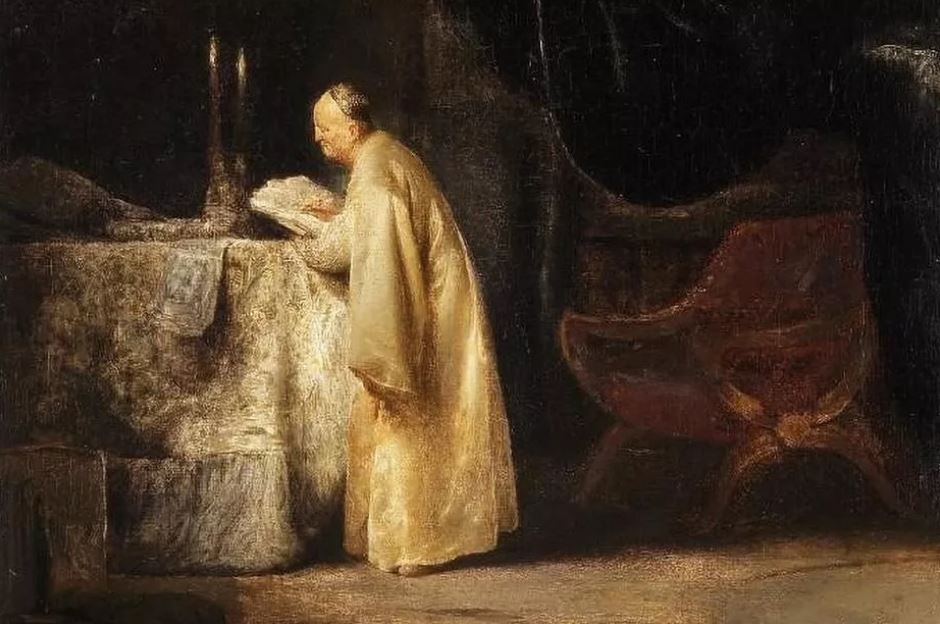 St. Zechariah — Husband of St. Elizabeth and Father of St. John the Baptist

But the angel said to him, “Do not be afraid, Zechariah, because your prayer has been heard. Your wife Elizabeth will bear you a son, and you shall name him John. And you will have joy and gladness, and many will rejoice at his birth.” ?Luke 1:13–14

Curiously, there are more than thirty Zechariahs in the Old Testament yet only one mentioned in the New Testament. This New Testament Zechariah was recorded byLukeas having been a very good and holy man, a priest for the Temple of Jerusalem. Sadly, however, he and his wife,Elizabeth, had been unable to have any children, causing a certain sorrow in their lives.

One day, Zechariah was in the Temple when suddenly a remarkable visitor appeared — the archangel Gabriel, who let Zechariah know that he was soon to become a father. The archangel promised that this long-awaited son would be filled with the Holy Spirit and would inspire the hearts of many. But, as he and Elizabeth were elderly people, Zechariah was stunned and incredulous and asked the angel for confirmation. Because of his doubting heart, Zechariah was punished by being made unable to speak. Shortly after this angelic visitation, Elizabeth did in fact conceive and remained in seclusion for the first five months of her pregnancy.

After their baby son was born, Elizabeth announced to jubilant friends and family that they would nametheir son John. The friends and relatives were taken aback; they urged her to name the boy for his father, but the speechless Zechariah took a tablet and wrote, “John is his name.” As soon as he showed them this message, his ability to speak was miraculously restored. Zechariah was then filled with the Holy Spirit and exclaimed a heartfelt prayer of blessing to the Lord. This proclamation became known as the Canticle of Zechariah, orBenedictus, which is Latin for “blessed.”

These friends and family were astonished over the wonders surrounding John’s birth. They quickly shared the glorious news with others in the hill country of Judea and were convinced that the Lord was with this unique family in an extraordinary way.

Zechariah is not mentioned again in the Bible. He and his wife, Elizabeth, share Sept. 23 (formerly Nov. 5) as a memorial.

Thankfully, Luke decided to include the narratives of Sts. Zechariah and Elizabeth in his Gospel — for he gives us some thought-provoking glimpses into these parents of St. John the Baptist that cannot be found elsewhere in the Bible. If inspired, use the passages below to study, journal about, and reflect upon in order to better understand the New Testament St. Zechariah. Try to imagine yourself as an observer of his story, and see what revelations come to your heart. How can St. Zechariah inspire you in your life journey?

Bishop Paprocki: We must weigh cos...