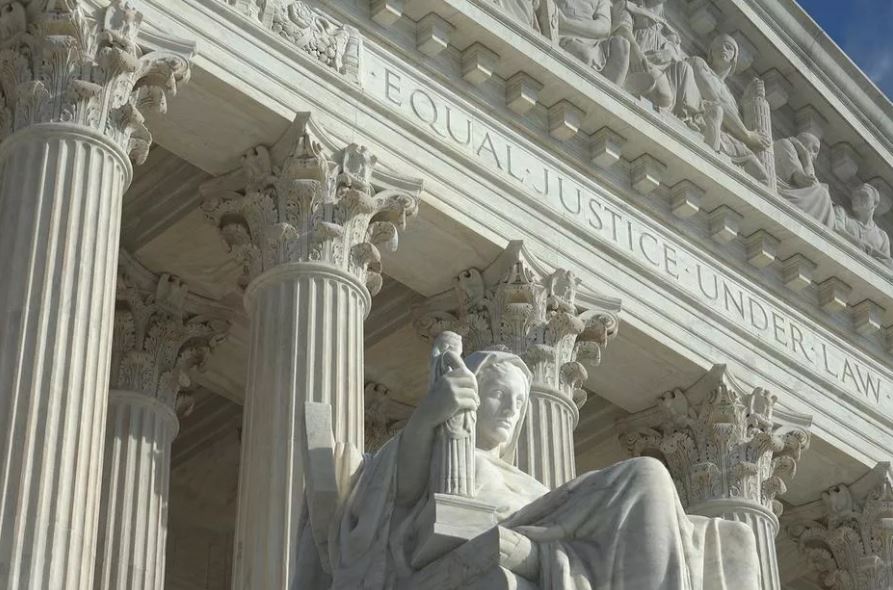 COMMENTARY: Justices’ writing the 5-4 decision in favor of injunction explained, that “even in a pandemic, the Constitution cannot be put away and forgotten.”

There is more to freedom of religion than the right to worship; but, if we lose that right, there can be no freedom of religion. This should be too obvious to need saying, but the truth is that this once sacrosanct right has been tested by the reality of the coronavirus — and, even more so, by our fear of the virus, which is not quite the same thing.

Last week, the Supreme Court stepped in to clarify that the right to attend religious services is a guarantee protected by the U.S. Constitution even in the midst of a global pandemic. That it was forced to do so is both very significant and very worrying.

On the eve of Thanksgiving, the court enjoined New York’s Gov. Andrew Cuomo from enforcing an executive order that imposed very severe restrictions on attendance at religious services in critical areas of the state affected by the coronavirus. In “red zones” no more than 10 people could attend religious service. In “orange zones” attendance was capped at 25.

Fair enough, you may say — but these numerical caps on attendance at houses of worship do not apply to some secular buildings in the same neighborhoods. In red zones, grocery stores, pet stores, acupuncture facilities and big-box stores are not subject to the 10-person limit. In orange zones, there are no attendance caps on many “non-essential” businesses. Both the Diocese of Brooklyn and Agudath Israel of America (an organization representing Haredi Jews) sued, claiming a violation of the First Amendment. While these lawsuits work their way through the judicial system, the Catholic diocese and ultra-Orthodox Jewish community also sought an injunction to prevent the continued enforcement of the Cuomo order.

The Supreme Court’s ruling in their favor was not unanimous, but it was certainly unambiguous.

“Members of this Court are not public health experts, and we should respect the judgment of those with special expertise and responsibility,” it explained in its per curiam opinion granting the injunction. Comments made by Cuomo in connection with the challenged rules, noted the majority, “can be viewed as targeting the ‘ultra-Orthodox [Jewish] community’.” Putting those comments aside, the drastic executive order limitations were not “neutral” as they “single out houses of worship for especially harsh treatment.”

Because the Cuomo restrictions were not “neutral”, they must satisfy an exacting standard of judicial review known as “strict scrutiny.” This means that a regulation can stand only if it is “narrowly tailored” and serves a “compelling state interest.” A majority of five out of nine justices ruled that while stemming the spread of COVID-19 was “unquestionably a compelling interest,” Cuomo’s order was not narrowly tailored to meet this interest.

Emergency injunctive relief is an extraordinary measure, but the Supreme Court felt that the Brooklyn Diocese and Agudath Israel had established their entitlement to such relief: “They have shown that their First Amendment claims are likely to prevail, that denying them relief would lead to irreparable injury, and that granting relief would not harm the public interest.”

The ruling argued forcefully that “the loss of First Amendment freedoms, for even minimal periods of time, unquestionably constitutes irreparable injury.” Moving on to the specific concerns of the applicants, the Supreme Court observed that “Catholics who watch a Mass at home cannot receive Communion, and there are important religious traditions in the Orthodox Jewish faith that require personal attendance.” Additionally, “there was no evidence that the applicants have contributed to the spread of COVID-19.”

As often happens, some justices authored opinions to further elaborate. Justices Neil Gorsuch and Brett Kavanaugh issued concurring opinions. Gorsuch distinguished prior precedent the court relied upon when it declined to review restrictions on worship imposed by California’s governor. And he opined that perhaps the real reason the court chose to do so was “a particular judicial impulse to stay out of the way in times of crisis.”

Kavanaugh highlighted that the Cuomo restrictions are particularly severe and discriminatory. While federal courts “must afford substantial deference to state and local authorities about how best to balance competing policy considerations during the pandemic,” Kavanaugh asserted that this does not mean “wholesale judicial abdication.”

Given the clear violation of religious freedom, it is disappointing that four justices dissented. Chief Justice John Roberts argued that while the Cuomo restrictions “do seem unduly restrictive,” Cuomo recently revised the designation of affected areas and neither the diocese nor Agudath Israel were subjected to any fixed numerical restrictions. “If the Governor does reinstate the numerical restrictions the applicants can return to this Court, and we could act quickly on their renewed application,” Roberts suggested. Given the ease with which Cuomo exercises his authority to the detriment of religious observers, Roberts’ assessment did not convince the court’s majority.

Justices Stephen Breyer, Sonia Sotomayor and Elena Kagan similarly dissented from the court’s order. Breyer, writing for all three justices, felt particularly drawn to the “countervailing arguments based on the health, safety, and administrative considerations” identified by the state. Instead of considering the majority’s “strict scrutiny” standard of review, Breyer instead focused on “balancing” the state’s arguments against the applicant’s First Amendment challenges and concluded that the claim of a constitutional violation is “far from clear.”

Sotomayor went one step further in the exaltation of science. A footnote of her dissenting opinion credits the Cuomo restrictions with reducing infection rates. She also warned that “Justices of this Court play a deadly game in second guessing the expert judgment of health officials about the environments in which a contagious virus, now infecting a million Americans each week, spreads most easily.”

But is religious worship a deadly activity in the time of COVID-19? Experience has shown that the celebration of the Mass, for example, can be done safely.

At the request of bishops, a working group of infectious disease experts, medical professionals, scientists and Catholic theologians — led by the Dominican Thomistic Institute — developed detailed guidance for how to administer the sacraments in light of the coronavirus pandemic and in accord with national and international health standards. The working group’s guidance for those of us in the pews reinforces the importance of following “the three W’s — Watch your distance, Wear your mask and Wash your hands.” And bishops have been able to use these guidelines to develop diocesan policies that typically include social distancing, careful hand hygiene, and mask-wearing by the congregation.

Granted, nothing during a pandemic is risk-free, and people with particular risk factors need to be especially careful. The majority of Catholics, including those residing in states where executive orders have onerously targeted houses of worship, can safely attend Church for the Eucharist and other sacraments.

There is renewed concern about a surge in the spread of the coronavirus, but in the past few months we have learned a lot about its transmission and how to best care for those who are infected. Put simply, we now know how to gather for worship this Advent at least as safely as for grocery shopping or acupuncture treatments. Government has no place giving less favorable treatment to the right to worship which is, after all, a constitutional right. 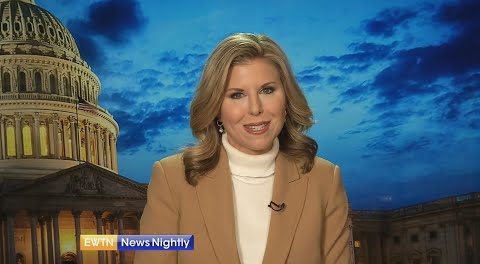 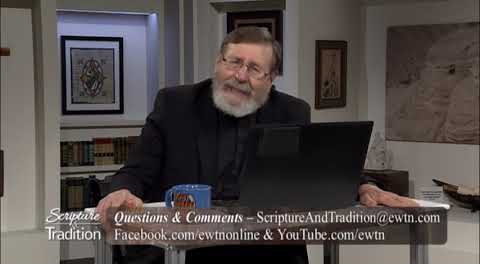 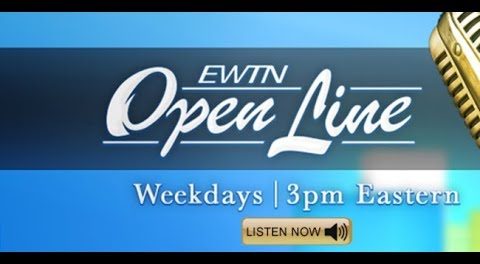 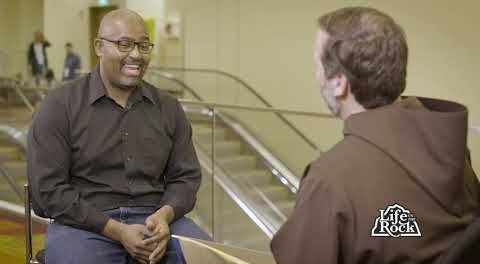 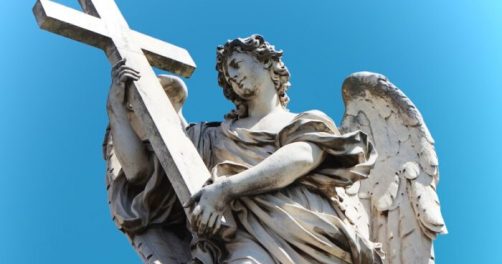 Angels Are Real: 3 Mystical Encounters of the Saints with the Heavenly Angels 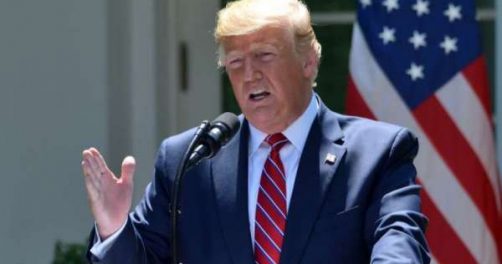 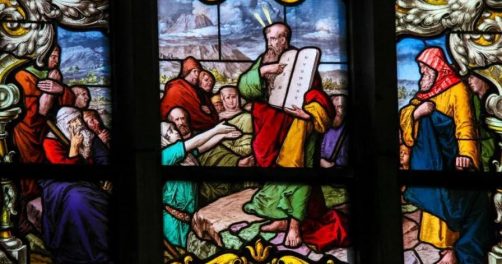