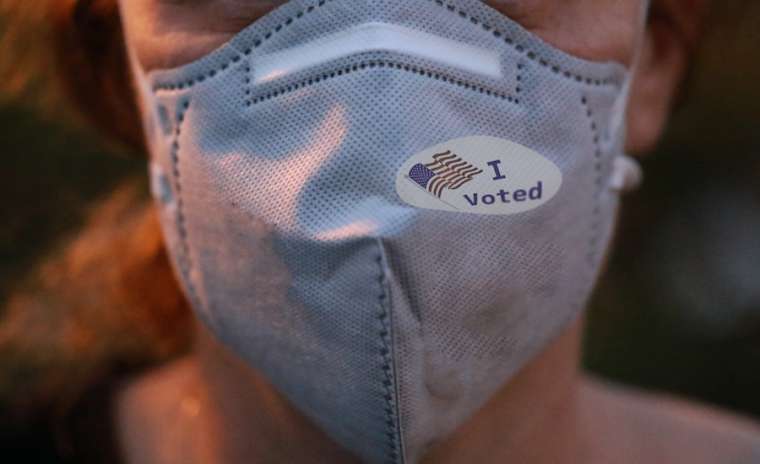 A recent survey has found a correlation between the religious practices of Catholic likely voters, their party affiliation, and the political issues they say are important, with Catholics who attend Mass regularly saying they are more concerned about abortion, among other issues.

Sixty-eight percent said at the time of the poll that Supreme Court appointments were a concern in the upcoming election, while 59% said the same about abortion – although among weekly Mass attendees, concern about abortion jumps to 70%.

When broken down by Mass attendance, the new poll showed a significant difference in presidential preferences, as well as differences in their trust of the two main candidates on various topics.

Respondents overall favored Biden over Trump in the upcoming election 53% to 41%, while Catholics who attend Mass at least once per week were split evenly between Biden and Trump. Biden has led Trump overall among Catholic voters in two previous EWTN News/ RealClear polls, while Trump has maintained a lead among some groups of Catholics, including those who attend Mass more than once a week or daily.

A quarter of independents said they accept all of what the Church teaches and try to reflect that in their lives, compared to 17% of Republicans and 11% of Democrats in the survey.

Republicans surveyed were slightly more likely to say they pray at least once per week, with 83% saying they did. Seventy-seven percent of Democrats and 75% of independents in the poll said the same.

Asked about issues of concern in the upcoming election, some 9 out of 10 Catholics polled – regardless of Mass attendance – said they were concerned about the coronavirus pandemic, health care, the economy and jobs.

On each of those issues, poll participants trusted Biden more than Trump. However, the divide between weekly Massgoers was narrower than among Catholics overall, and that demographic was split evenly in its trust of Biden and Trump on the economy.

On China trade policy, respondents were more likely to trust Trump than Biden.

Other significant issues for Catholics included civil unrest, over which 84% voiced concern, as well as race relations and immigration, which were each listed by just over three-fourths of poll participants as areas of concern. Sixty percent listed religious freedom as a concern in the upcoming election.

Catholics who attend Mass at least once per week were more likely to be concerned about race relations, immigration, and religious freedom than those who attend Mass less often.

The Lamp: Why these Catholics are...