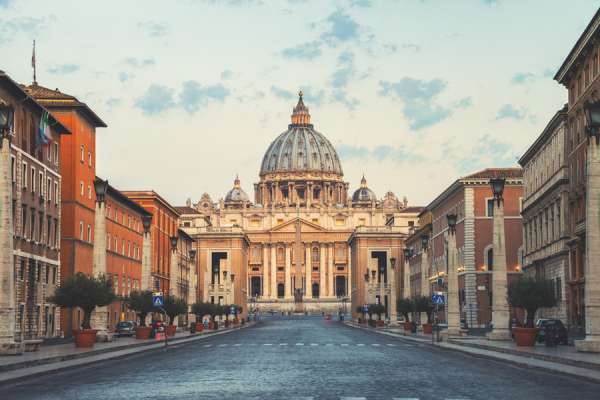 Washington, D.C. Newsroom, Nov 27, 2020 / 11:30 am (CNA).- Vatican investigators have been granted full access to Swiss banking documentation related to long-time Vatican investment manager Enrico Crasso. The newly announced decision by a Swiss federal court is the latest development in the ongoing financial scandal surrounding the purchase of a London building by the Secretariat of State in 2018.

According to Huffington Post, the decision was issued on Oct. 13 but only published this week. The documents to be turned over to the Vatican include financial records of the company to Az Swiss & Partners. Az Swiss owns Sogenel Capital Holding, the company Crasso founded after leaving Credit Suisse in 2014.

Although the company sought to block full access to its records by Vatican investigators, Swiss judges ruled that “when foreign authorities ask for information to reconstruct criminal asset flows, it is generally considered that they need the entirety of the relative documentation, in order to clarify which persons or legal entities are involved.”

Vatican prosecutors have been working with Swiss authorities since filing letters rogatory in December last year. Letters rogatory are formal requests from courts in one country to the courts of another country for judicial assistance.

CNA has previously reported that, in response to the Holy See’s request for cooperation in its investigation into Vatican finances, Swiss authorities have frozen tens of millions of euros in bank accounts and sent banking documents and records to Vatican prosecutors.

Crasso, a former banker at Credit Suisse, has been a long-time financial advisor to the Vatican, including introducing the Secretariat of State to the businessman Raffaele Mincione, through whom the secretariat went on to invest hundreds of millions of euros and purchase the London building at 60, Sloane Avenue, which was bought in stages between 2014 and 2018.

Huffington Post reported on Nov. 27 that the Swiss decision also quoted the Vatican’s original rogatory request as citing “investment schemes that are neither transparent nor compliant with normal real estate investment practices,” pointing back to the controversial London deal.

Specifically, Vatican investors noted that the pledging of Vatican funds on deposit in Swiss banks, including Peter’s Pence, to secure hundreds of millions of euros in loans from the same banks “represents strong circumstantial evidence that it represented a ploy to avoid making [the transactions] visible.”

Prosecutors contend that the use of liquid assets as collateral to secure loans from the banks for investments, instead of investing Vatican money directly, appears designed to shield the investments from detection and scrutiny.

In November last year, CNA reported on a similar instance in 2015, when then sostituto at the Secretariat of State Cardinal Angelo Becciu allegedly attempted to disguise $200 million loans on Vatican balance sheets by cancelling them out against the value of the property in the London neighborhood of Chelsea, an accounting maneuver prohibited by financial policies approved by Pope Francis in 2014.

CNA also reported that the attempt to hide the loans off-books was detected by the Prefecture for the Economy, then led by Cardinal George Pell.

Senior officials at the Prefecture for the Economy told CNA that when Pell began to demand details of the loans, especially those involving BSI, then-Archbishop Becciu called the cardinal in to the Secretariat of State for a “reprimand.”

Crasso’s Centurion Global Fund, in which the Secretariat of State was the largest investor, is connected to several institutions linked to allegations and investigations of money laundering, a CNA investigation found.

Earlier this month, Crasso defended his stewardship of Church funds controlled by the Secretariat of State, saying that the investments he made were “no secret.”

Crasso was named in reports last month alleging that Cardinal Angelo Becciu used millions of euros of Vatican charity funds in speculative and risky investments, including loans for projects owned and operated by Becciu’s brothers.

On Sept. 24, Becciu was asked by Pope Francis to resign from his Vatican job and from the rights of cardinals following the report. In a press conference, the cardinal distanced himself from Crasso, saying he did not follow his actions “step by step.”

According to Becciu, Crasso would inform him of what investments he was making, “but it’s not that he was telling me the ramifications of all these investments.”