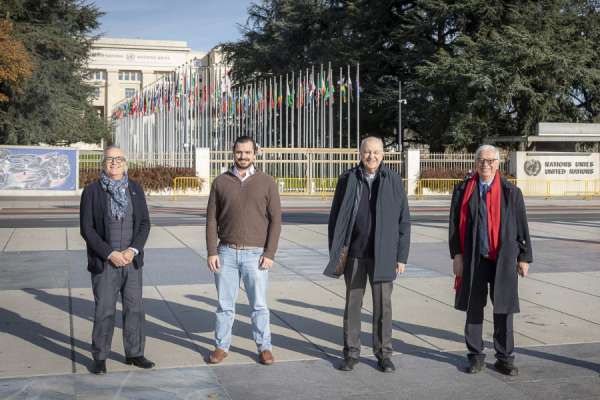 CNA Staff, Dec 5, 2020 / 04:40 am (CNA).- A court suspended Thursday a ban on public worship in the Swiss canton of Geneva regarded as one of the broadest measures restricting public religious gatherings in Europe.

The Constitutional Chamber of the Canton of Geneva issued the order Dec. 3 after concerned citizens brought a legal challenge to the ban introduced on Nov. 1 by local authorities seeking to prevent the spread of the coronavirus.

Public religious services can now resume in the city of Geneva, known as the “human rights capital of the world,” and surrounding areas until the court hands down its final judgment on the ban.

The court indicated that the legal challenge had a high chance of succeeding. It also noted that the authorities had failed to demonstrate that places of worship were responsible for outbreaks of COVID-19 in the canton.

Steve Alder, the lawyer who filed the case, said that the Geneva decree was one of the broadest bans on public religious gatherings in Europe. He argued that the order was discriminatory because the city permitted other public gatherings to take place.

He said: “Enforcing it is a violation of the right to freedom of religion as protected in the Swiss Constitution and by international human rights standards. It disproportionately targets the activities of religious groups over commercial activities.”

“With multiple religious groups in Geneva voicing their concerns over the disproportionality of the ban, we hope that the authorities will ultimately agree on a solution that protects everyone’s right to practice their religion in line with international law. The suspension of the ban is a welcome step in this direction.”

The Nov. 1 measures banned all public religious services except for funerals and weddings with strictly limited numbers in attendance. Churches were permitted to remain open for private prayer.

Following the suspension of the order on Thursday, the Catholic Church in Geneva said that public Masses would be limited to 50 people and respect measures to prevent the transmission of COVID-19 such as social distancing and the wearing of masks.

Jennifer Lea, legal counsel for the human rights group ADF International, which supported the legal challenge, described the suspension as “a significant step in the right direction”.

“Religious freedom is a fundamental human right and governments seeking to restrict it carry the burden of proving the restriction is truly necessary and that a less restrictive approach would not work,” she said.

“Favoring commercial establishments over religious services is not only discriminatory but ignores the robust protection that exists in national and international law for religious freedom.”

The canton of Geneva is one of 26 cantons, or administrative divisions, comprising the Swiss Confederation and has a population of almost half a million people. The French-speaking region, located in the southwest of Switzerland, was the heartland of the Calvinist Reformation.

International organizations such as the World Health Organization and World Trade Organization have their headquarters in the city of Geneva. The United Nations has one of its four major offices in the city, which has a population of almost 200,000.

Samuel Sommaruga, on whose behalf the legal challenge was filed, said: “Restrictions on fundamental rights must always be proportionate and proven to be truly necessary. Given that other public gatherings are still permitted, we do not see the proportionality of this restriction — it targets religious groups in a discriminatory way. That is why we decided to challenge it in court.”

“We are hopeful that the courts will ultimately recognize this as a violation of fundamental rights and that a solution will be found that protects the rights of all citizens of Switzerland and sets a good benchmark for the rest of Europe.”

Effort to buy and preserve Tolkien...