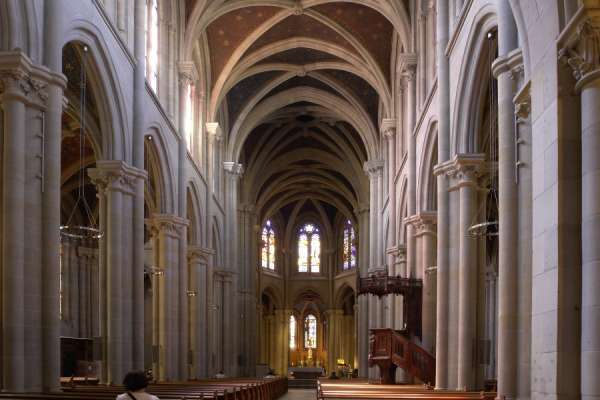 In a statement after their virtual plenary assembly Dec. 2, the bishops acknowledged new figures showing that last year saw the highest annual number of “church exits” on record.

They noted that the statistics, compiled by the Swiss Institute for Pastoral Sociology in St. Gallen, showed that older people were also leaving the Church.

“The bishops believe that the pandemic could accelerate this development in the coming months,” the statement said.

“The trend is worrying and will bring about changes in the medium to long term. Nevertheless, the bishops affirm that the Church as the Body of Christ is much more than a collection of facts and figures.”

Researchers noted sharp differences in the departure rates of the country’s 26 cantons, or member states of the Swiss Confederation.

“The cantons of Geneva, Valais, Neuchâtel and Vaud have practically no departures, a fact that can be explained by the different church tax systems. In the cantons of French-speaking Switzerland, the motive of leaving the Church in order to save taxes is not applicable,” wrote Urs Winter-Pfändler, scientific project manager at the Swiss Institute for Pastoral Sociology.

He said that if the French-speaking cantons were excluded, then the average exit rate in the country would be similar to that of Germany and Austria, which have also seen rising numbers leaving the Church.

There are an estimated 3.1 million Catholics in Switzerland, which has a total population of 8.5 million.

The bishops said: “In the current environment — which is also self-inflicted — the mission of the Church can only be fulfilled with great obstacles.”

They said they hoped that a new “process,” known as “Together on the Path for the Renewal of the Church,” would help to revive the faith in Switzerland.

The bishops said in September 2019 that the “process” was likely to examine issues such as the transmission of the faith, the role of women in the Church, celibacy and viri probati (the ordination to the priesthood of mature, married men), as well as the abuse of power.

But they stressed that the “process” would not be the same as the controversial “Synodal Way” in Germany.

Debate continues over who should g...