Take a Lesson From St. Peter — Never Take Your Eyes Off the Lord 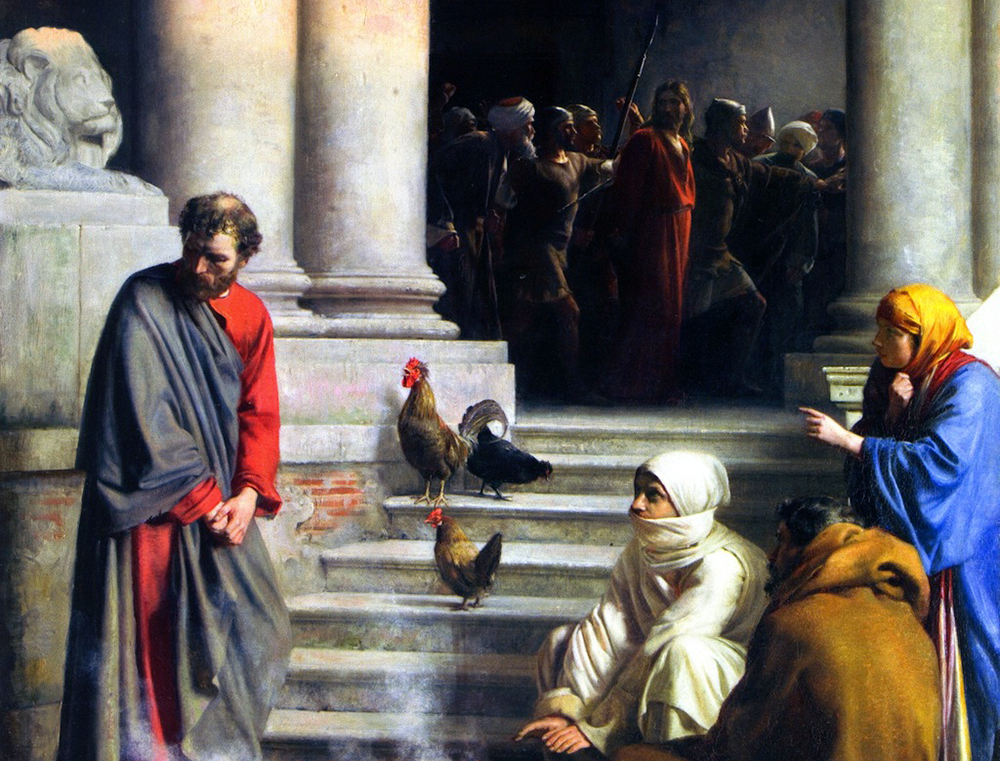 Take a Lesson From St. Peter — Never Take Your Eyes Off the Lord

“Without me,” says Jesus, “you can do nothing.”

Dame Margot Fonteyn, who put British ballet on the map and was among the world’s most beloved ballerinas, once said that it was only when she took the dance seriously that she was able to execute a perfect pirouette. When she took herself seriously, however, she’d fall flat on her face.

There is an obvious lesson here, I think, and not only for students of the ballet. When the Lord’s disciples find themselves tossed about in a storm which threatens to pitch them into the sea, they manage to get a handle on their fears only by turning to the Master who, quite unexpectedly, shows up to still the waters. And beckoning Peter to venture out and join him on the waves, the latter disports himself most admirably until the moment comes when he looks away, and so begins to sink. Jesus is on it at once, of course, stretching out his hand to save the poor guy.

But why should Peter have hesitated in the first place? Why, in a word, did he take his eye off the prize? Was he still not willing to entrust himself to the God who had come among us as man? Why does he hang fire? Why does anyone?

It is, as a number of wise churchmen have reminded us, the great spiritual lesson we need to learn, particularly at this moment when so much fear and uncertainty hover about us. That so long as we keep Christ in view, paying an intensity of attention to him, nothing can vanquish us. Nothing can unsettle us. Riveted upon him, we will survive even the most tempestuous sea.

Cardinal Sarah, for example, warns us of the “Judas moment,” the temptation to which not a few have succumbed. It is the moment we are living through right now, and unless we give it a wide berth, we too shall end up betraying Christ. How? By becoming impatient with God’s ways, which seem so slow in bringing about the changes we imagine will make everything right. The perfect world we have grown weary of waiting for God to produce. And so we’ve stiffened our resolve to do it ourselves. Forgetting, of course, that we cannot accomplish anything by ourselves, the merely human inevitably becoming inhuman. Certainly we cannot reform the Church on our own dime. “First sanctity,” Sarah advises, “then structures.” And if your bishop is not a saint? Become one yourself, he advises.

“Without me,” says Jesus, “you can do nothing.” It is only our sins that we can take credit for. Everything else is grace. To think otherwise is to fall into the sin of rationalism, of making politics as the crow flies. “The conjunction of dreaming and ruling,” writes the philosopher Michael Oakeshott, “generates tyranny.” That is no surprise, of course, when utopian fancies are given institutional form. Much of the last century could be summed up on the basis of what happens when men, their fixations untethered from God or reality, are given power with which to oppress others.

Far too many are tempted these days to smash “earthen vessels,” especially when, seeing how seldom or badly they hold heavenly treasures, they long for vessels so perfect that men needn’t even be good to make efficient use of them. It is time we told these disaffected souls in search of the perfect Church to join, that its perfection will be diminished the moment they become members of it. Pending the happy outcome of the effort to eliminate Original Sin, its effects will continue to ravage the human heart. Those who ignore this fact, refusing to take notice of what the poet Yeats once called “the perpetual injustice of life,” are dangerously romantic, a menace to themselves and to others. They are like Lenin, who did not mind in the least breaking heads in order to establish his version of Heaven on earth. How else, he argued, do you make an omelet if not by breaking a great many eggs?

In an essay written near the end of his life, George Bernanos described the Church as “a vast transport company carrying passengers to Paradise.” But, he added, there is a hitch, which is always getting in the way. And that is the fact that the management is so awful that it causes nearly everything to break down. Except the saints, of course, who secretly direct all the traffic. “I tell you, without the saints, Christianity would be nothing but a huge pile of overturned locomotives, burned-out carriages, twisted rails and scrap iron which would end up by rusting in the rain.”

The Church is a big family, he goes on to remind us — “a paternal household, and such households are always untidy, the chairs sometimes missing a leg, the tables stained with ink, the jars of jam mysteriously empty in the cupboards. This I know, this I have experienced…”

And so have I. In fact, most of us, I’ll wager, experience the Church in this way. Which is why we’ve no intention of leaving. Nor of complaining. Why should we? She belongs to God and his saints, all those “richly destined souls,” who escape, says Bernanos, “every kind of determinism: they radiate, they shine with a dazzling freedom.” They will certainly help us keep an eye on the prize.