The Author of Creation Entered Creation, the Storyteller Entered His Story 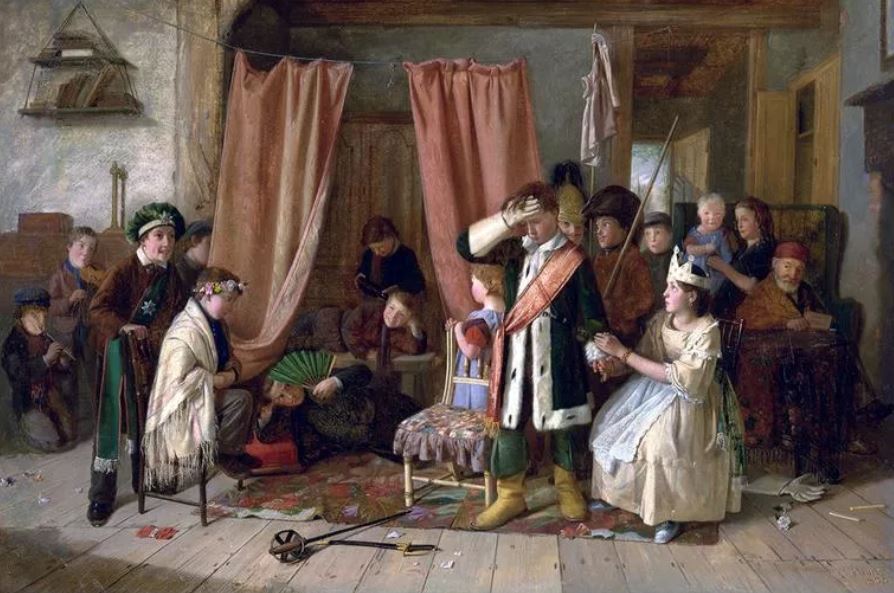 The Author of Creation Entered Creation, the Storyteller Entered His Story

Christ himself revealed the deepest truths through the telling of stories, and we are meant to do the same.

Western civilization is often seen as the fusion of the cultures of Jerusalem, Athens and Rome, baptized in the blood of Christ to form what is known as Christendom. The faith of Christendom, its theological foundation, springs from Jerusalem and the Jewish covenant with God fulfilled in Christ. The rational grounds for Christendom, its philosophical foundation, springs from Athens and the golden age of Greek philosophy fulfilled in the Christian realism of Augustine and Aquinas. The spread of Christendom, and what might be called its political and legal foundations, springs from Rome and its Empire, which was the means by which the Gospel spread throughout the known world. And yet this is not the whole story and perhaps not even the most important part of the story. It is, in fact, not really a story at all. It is only a diagrammatic illustration of the structure of the story.

The true meaning and purpose of Christendom is best revealed as a narrative in which the Author of Creation is seen as being present within his own story as the divine protagonist, working through history with grace and, in the person of Christ, entering the story himself in order to reveal its deepest meaning to the characters within the story, which is all of us. Seen in this light, we can see that history is His Story. And that the part of the story in which he enters in person, through his Incarnation, is the greatest story ever told.

All the foregoing might be seen as uncontroversial, at least to Christians, but what of other stories which cannot claim to be the greatest ever told? What of lesser stories? What of those stories that are merely figments of the imagination, which are fictional and therefore not true, at least not in the same way that the facts of history are true? Should we waste our time with such things? Should we tell stories, or read them? Or should we just stick with the facts?

The answers to these questions are given by Christ himself. He does not merely enter the story, teaching us through the facts of his life; he tells us stories, revealing the deepest truths through fictional narratives. The Prodigal Son never existed in history, nor did his father, nor did his brother or the pigs. They are all figments of Our Lord’s imagination. They are not true, in the sense that a fact can be said to be true. They are not real, in the sense that something we can see and touch is real. And yet, in a deeper sense, the Prodigal Son is as real as we are. Every time anyone has heard the story, from multifarious cultures across manifold centuries, they have seen themselves in the story. Every time we have heard it, we have seen ourselves as the Prodigal Son. We don’t say that the Prodigal Son is like us; we say that we are like the Prodigal Son. He is the archetype of which we are merely types. He came first, springing forth from the mind and imagination of Christ; a word worded into being by the Word himself; words made flesh by the Word made flesh. There is indeed no avoiding the fact that we are meant to learn real-life lessons from this work of fiction.

This is all very well, we might be tempted to say, but this is Scripture. What is true of Scripture, which is divinely inspired, is not applicable to other works, written by mere men. This is true, indubitably so, but only up to a point.

We need to remember, and indeed it is perilous to forget, that we are made in God’s image. We are meant to love as God loves, to reason as he reasons, and to create beautiful things, insofar as we have been gifted with the creative talents which enable us to do so. It is, in fact, a terrible sin to fail to use the talents we’ve been given, as Christ tells us in another of his fictional stories. We are called to use our God-given imagination, which is one of the defining marks of God’s image in us (image-ination) to do as God does with his own imagination. We are called to make beautiful things. We are called to compose or play music, or, should we not have the necessary talent, to see the beauty in the creative gifts of others. We are called to see the beauty of God’s creation in the works of nature, such as sunsets or trees, but we are also called to re-create, or more correctly sub-create, such beauty on canvas or in marble, and to admire such sub-creative beauty when we see it. And what is true of music or the visual arts is even more true with respect to the use of words, especially in the telling of stories. If Christ himself reveals the deepest truths through the telling of stories, both in his own life story and in the fictional stories he narrates to us, we are meant to do the same. We are meant to do as he does. We are meant to tell stories and to learn from the stories of others.

And this is why literature is such an integral part of western civilization. Hamlet touches upon this when he discusses the moral purpose of drama, “whose end, both at the first and now, was and is, to hold as ’twere, the mirror up to nature; to show virtue her own feature, scorn her own image, and the very age and body of the time his form and pressure.” In short, Shakespeare, through the words he places in Hamlet’s mouth, is telling us that the purpose of his plays is to tell it as it is. His work is a mirror that shows us our virtues and our vices, and shows us the times in which we live.

Shakespeare “is not for an age but for all time”, as Ben Jonson famously remarked, because he shows us ourselves and our own age through the prism of the timeless Christian morality that informs his work, as well as showing us himself and his own age as he sees it. And since “all the world’s a stage,” as Shakespeare tells us in As You Like It, his plays are themselves plays-within-a-greater-play, serving some purpose in mirroring the plot of which they are themselves a part, but also, and crucially, they are capable of altering the plot profoundly, as does the staging of the play-within-a-play in act three of Hamlet. Clearly, by implication and by extension, Shakespeare hoped that his own plays would “catch the conscience of the King” (or Queen), or, at any rate, that they might expose the crimes of the King (or Queen).

And what is true of Shakespeare is true of the other great writers of western civilization.

Homer tells us at the beginning of The Iliad that his epic will show us how Achilles’ anger, the cankered fruit of his hubris, has destructive consequences to himself and others, and that the will of God is accomplished through his teaching of Achilles and others that pride precedes a fall. Much the same moral is present in Homer’s other great epic, The Odyssey. Sophocles, arguably the greatest dramatist other than Shakespeare himself, shows us in Antigone that the rights of religion and the family precede and supersede the rights of the secular state. In Oedipus Rex he offers a deep and penetrating meditation upon the mysteries of suffering, analogous to the Book of Job, and in Oedipus at Colonus he reveals that the deepest wisdom can only be gained through the acceptance and embrace of suffering, and that such wisdom is pleasing to the gods.

Moving into the Christian era, Beowulf exposes the errors of Pelagianism, which taught that man can get to heaven through the triumph of his own will and without the need of the supernatural assistance which theologians call grace. This ancient heresy, which plagued Anglo-Saxon England, is in the ascendant today in the burgeoning “self-help” movement which offers a “do-it-yourself” approach to salvation, thereby illustrating how ancient stories teach timeless truths. Such truths are present throughout the Great Books of the western literary canon, from Dante and Chaucer, through to Dickens and Dostoyevsky, and Tolstoy and Tolkien.

The great works of literature have the power to re-enchant and reorient the most weary of souls. They are the inheritance of all of us, or all of us who want them. In reading these great works we find ourselves in the presence of great minds thinking about great things. We find ourselves in the presence of almost three thousand years of genius. We find ourselves in the company of the illustrissimi of civilization. Such works are good companions for the journey of life and excellent guides. Like the lembas which sustained Frodo and Sam on their journey through Mordor to Mount Doom in The Lord of the Rings, great literature is manna for the mind and food for the soul.

Rembrandt’s Holy Family and the Pr...