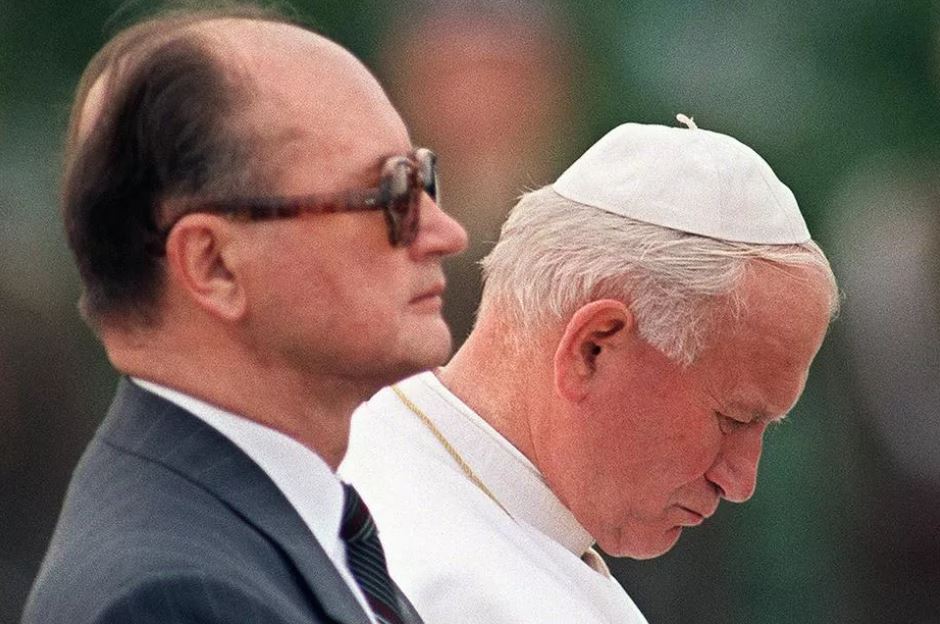 COMMENTARY: What Karl Marx said about Christians, Jews and Blacks underscores the radical divide between communist ideology and Catholic doctrine.

In July 2019,Americamagazine, the top Jesuit publication, published a piece titled, “The Catholic Case for Communism,” with an accompanying photo of Bolivian leader Evo Morales handing a “communist crucifix” to Pope Francis. It suggested that Catholics can find common cause with, or a kindred spirit in, Karl Marx and his atheistic-materialist philosophy.

Nothing could be farther from the truth.

Having just published a book whose title (The Devil and Karl Marx) suggests just the opposite, it pains me to see that any Catholic would believe that Marx and communism are compatible with Catholicism. Such a notion is astonishing, not only given the Catholic Church’s longtime intense opposition to communism, but also given the intense opposition to Christianity by the founders and disciples of communism.

Those founders exhibited an intense opposition to Judaism as well, and they harbored some ugly views of Jews and, still more, of Blacks. Those latter views were based in part on an atheistic-materialist commitment to Darwinian evolution that made those founders very racist.

Where to start? Well, for Marx, the starting point was religion.

Marx despairingly assessed, “Religion is the sigh of the oppressed creature, the heart of a heartless world, and the soul of soulless conditions. It is the opium of the people.”

And again, for Marx, it all begins with religion. That’s the foundation that must be razed.

“The criticism of religion is the beginning of all criticism,” said Marx. Religion was among the things he wanted to abolish, along with property, family, “all morality” and more.

Not that Marx himself was any less self-absorbed than this alleged form of Christianity he condemned. “The more of himself that man gives to God,” Marx groaned, “the less he has left in himself.” Marx was all about himself, answerable to himself alone.

Georg Jung, a Marx contemporary and close friend of his, said that “Marx calls Christianity one of the most immoral religions.” Jung viewed Marx as a theological-philosophical revolutionary who was attempting to overthrow the entire social system, not just an economic system.

Indeed, he was. Marx inThe CommunistManifestosaid that communism represents “the most radical rupture in traditional relations” and said that communism seeks to “abolish the present state of things.” Imagine that. That is no small objective. And neither is this rather grandiose goal stated at the close of hisManifesto: “They [the communists] openly declare that their ends can be attained only by the forcible overthrow of all existing social conditions.”

Note the utterly revolutionary ambition: “the forcible overthrow of all existing social conditions.”

Marx and Friedrich Engels closed theirManifestowith this exhortation to future revolutionaries: “Communists everywhere support every revolutionary movement against the existing social and political order of things.”

That objective has been seized by Marxist revolutionaries still today, whose desire often seems to be to tear down rather than build up. Obviously, this has no resemblance to Christianity — as Marx and his friends knew.

Marx’s partner, Engels, acknowledged that. One contemporary said of Engels: “He held, of course, that Christian socialism was a contradiction in terms.”

Of course. That was part of the creed of communism. Vladimir Lenin declared that “any worship of a divinity is a necrophilia,” insisted that “there is nothing more abominable than religion,” and demanded: “Everyone must be absolutely free to … be an atheist, which every socialist is, as a rule.”

Nikolai Bukharin, founding editor of the Soviet-state newspaperPravda, stated: “A fight to the death must be declared upon religion, take on religion at the tip of the bayonet.” According to Bukharin, “Religion and communism are incompatible, both theoretically and practically. … Communism is incompatible with religious faith.”

These are among the reasons why the Catholic Church described communism as a “satanic scourge” orchestrated by the “sons of darkness.” It spoke likewise of “socialism.”

“Religious socialism, Christian socialism, are contradictory terms,” stated Pope Pius XI inQuadragesimo Anno; “no one can be at the same time a good Catholic and a true socialist.”

Pius XI said that those “who want to be apostles among socialists ought to profess Christian truth whole and entire, openly and sincerely, and not connive at error in any way. If they truly wish to be heralds of the Gospel, let them above all strive to show to socialists that socialist claims, so far as they are just, are far more strongly supported by the principles of Christian faith and … the power of Christian charity.”

In other words, if you want to help the poor, be a Christian. Don’t choose a political ideology that’s inherently atheistic and anti-Christian.

Karl Marx was likewise unimpressed with the faith of his family — Judaism.

“The Israelite faith is repulsive to me,” sneered Marx in 1843. In his awful 1844 essay “On the Jewish Question,” Marx raged: “What is the worldly cult of the Jew? Haggling. What is his worldly god? Money.”

Marx particularly disliked a Jew who was part Black. He referred to his fellow German socialist Ferdinand Lassalle as “the Jewish [N-word].” He and Engels debated over Lassalle’s hair and cranial formation: “It is now perfectly clear to me that, as the shape of his head and the growth of his hair indicates, he is descended from the Negroes.” Marx allowed for an exception: “unless his mother or grandmother on the father’s side was crossed with a [N-word].” Marx mocked: “This union of Jew and German on a Negro base was bound to produce an extraordinary hybrid.”

Both Marx and Engels made fun of Marx’s son-in-law, Paul Lafargue, who was partly Cuban, which, by Marx’s logic, meant he was partially infected by “Negro blood.” Marx denigrated his own son-in-law (who would kill himself in a suicide pact with Marx’s daughter — alas, Marx lost two daughters in joint suicide pacts with their husbands) as “Negrillo,” or “The Gorilla.”

Engels figured to Marx that Paul possessed “one-eighth or one-twelfth [N-word] blood.” When Lafargue attempted to run as a political candidate for a council seat in a Paris district that contained a zoo, Engels made sure he took a shot at Paul in a letter to Paul’s wife: “Being in his quality as a [N-word], a degree nearer to the rest of the animal kingdom than the rest of us, he is undoubtedly the most appropriate representative of that district.”

These views are obviously repugnant to any Christian.

To Marx and Engels, Darwin was the figure to look to, not God — who, after all, didn’t exist. God was dead. In fact, when Marx died in March 1883, Engels looked to Darwin. Staring at Marx’s cold coffin, which bore not a cross but two red wreaths, Engels in his eulogy invoked not God but Darwin, hailing the scientist for dealing such a grand blow for materialism and atheism.

He would likewise hail Darwin in his eulogy for Marx’s wife, Jenny: “The place where we stand is the best proof that she lived and died in the full conviction of atheist Materialism,” averred Engels, soberly staring at a pile of dirt. “She knew that one day she would have to return, body and mind, to the bosom of that nature from which she had sprung.”

Engels exhorted the atheist faithful to take pride and joy in their shared conviction that the vivacious Jenny was now reduced to mere worm food.

This is what we would expect of an ideology that fashioned a golden calf, a material idol, forged and focused on money, property, gold. It was not about the soul. The key to the communist-Marxist utopia would be economics. Solve the economic problem, communists believed, and you would solve the human problem. They speak as if man truly does live by bread alone. (Christ corrected Satan on that one.)

As Pope Benedict XVI said, the fatal flaw of communists and socialists is that they had their anthropology wrong. They did not adequately understand man. As St. Augustine said, we all have a God-shaped vacuum that God alone can fill. It’s not a dollar-signed vacuum. We crave the divine manna of heaven.

And alas, it was a materialistic-atheistic ideology that would beget more than 100 million deaths in the 20th century alone, not to mention a war on faith, family, property and so much more. It still rages today.

Thus, it’s no surprise that the Catholic Church has so long condemned communism in the most forceful terms. What is a surprise — no, a shock, an astonishment — is that a Catholic publication in 2019 would publish an article making “The Catholic Case for Communism.”

Interestingly, that article began approvingly with a quote from Servant of God Dorothy Day. But even Day’sCatholic Workerknew that Catholics could not support communism. “No true Catholic can be a member of the Communist Party,” stated the front page of Day’s periodical in September 1938.

That is precisely correct. Karl Marx’s views and legacy are nothing for Catholics to admire. They should only be condemned.