The Catholic Church’s new path to sainthood: What is ‘offering of life?’ 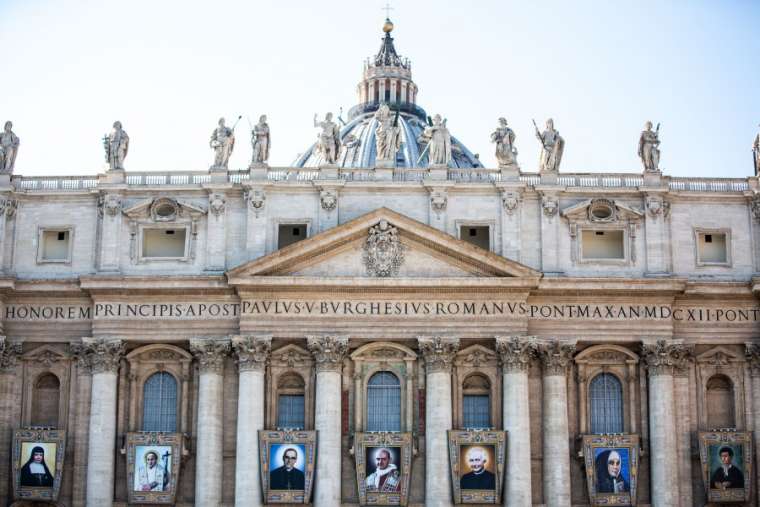 The Catholic Church’s new path to sainthood: What is ‘offering of life?’

For centuries, the Catholic Church has declared many different holy men and women to be saints through the strict legal process known as canonization. Traditionally, this process has included identifying which of two legal categories of holiness a candidate for sainthood fits into: confessor or martyr.

The pope defined this new category of Christian life as the experience of a premature death due to the offering, or sacrificing, of one’s life out of Christian charity.

Pope Francis wrote that “they are worthy of special consideration and honor, those Christians who, following in the footsteps and teachings of the Lord Jesus, have voluntarily and freely offered their lives for others.”

“The fact that after many centuries, a new road [to beatification] is introduced is certainly interesting,” Jenny Ponzo, a researcher studying canonization, told CNA. “At a minimum, it introduces a change to the models of sanctity that are put on the path to canonization.”

Before Pope Francis’ change, the Church’s tradition since the 4th century defined two paths to beatification, which is the last step before being declared a canonized saint.

These two paths are thoseof the confessor,someone who lived the virtues to an exceptional, or “heroic,” degree for a period of 10 years or more,and of the martyr,someone who died in faithfulness to God at the hand of a persecutor acting in hatred of the faith.

Ponzo is the principal investigator in a research project on “new models of sanctity” hosted by the University of Turin. In an article published in May this year, she examined how the “offering of life” category interacts with Church law on canonization.

In “The Case of the ‘Offering of Life’ in the Causes for Canonization of Catholic Saints: The Threshold of Self-Sacrifice,” she wrote that the two categories “of martyrdom and heroicity encompass a wide variety of saintly models that change over time and in relation to different historical, social, and political contexts.”

“However, while change is endemic to models of sainthood due to their socio-historical nature, the shift that took place in the 20th century represents a moment of radical transformation,” she claimed.

In her article, Ponzo pointed to victims of totalitarian regimes as an example of this shift, whichshe claimedchallenges the Church’s previous system of classification.

She told CNA that there have been many individuals, in the last century especially, “who have given their lives for others.” But until 2017, there was not an obvious legal path for their canonization.

The Church has had candidates for sainthood who “are very hard to classify,” Ponzo said. But they are people “held to be worthy of canonization. And so this new path offers a way to do it without trying to put these individuals into one of the other two categories, where they do not perfectly fit.”

Pope Francis’ 2017 apostolic letterMaiorem hac dilectionemlaid out the qualifications for beatification via offering of life. As in the path of heroic virtue, two scientifically verified miraclesthrough the individual’s intercession are required: a first for beatification and a second for canonization.

There must also be a clear connection between the offering of life and the premature death.

But an innovation is that the candidate for sainthood is not required to have lived a life of “heroic virtue” prior to the act of offering his or her life for love of God and neighbor.

The pope declared the threshold to be the exercise of Christian virtues “at least as ordinarily possible.”

One postulator — the person who guides a diocese or religious congregation through the beatification process in Rome — told CNA that he personally thinks this is encouraging in his striving for sainthood.

Paolo Vilotta has been a professional postulator for around 10 years, and has helped to present some 60 saints’causes, mostly originating from Brazil, to the Congregation for the Causes of Saints.

As an “eyewitness” to the canonization process, Vilotta said that the Church always takes her time to examine causes with precision, and it will be no different for sainthood candidates possibly falling under the offering of life category.

“The procedure is always the same,” he stressed.

Three years after the pope’s change, there has yet to be a sainthood cause permitted to advance under the new category. But according to Vilotta, a possible case is being considered by the congregation right now.

Ponzo mentioned two 20th-century saints who she believes, if judged today, could fit into the category of a life offered for charity.

The first is St. Maximilian Kolbe, a Franciscan friar and priest who died at the Nazi concentration camp at Auschwitz in 1941. According to Ponzo, his life and death “is very difficult to classify” under the two traditional paths.

At Auschwitz, Kolbe offered to take the place of another prisoner, who was a father, to be killed by starvation. After two weeks with no food or water, he was the only prisoner still living, and was killed by lethal injection.

Pope John Paul II wanted to characterize the death of Kolbe, then a Blessed, as martyrdom, but he met with criticism, as many disagreed that Kolbe’s death at the hands of the Nazis could be said to be “in hatred of the faith.”

In 1982, John Paul II canonized Kolbe as a confessor, declaring him to have lived a life of heroic virtue, and to be a “martyr of charity.”

Ponzo also cited the example of the wife, mother, and physicianSt. Gianna Beretta Molla, who died soon after giving birth to her fourth child. While pregnant, she was diagnosed with a uterine tumor, but she refused treatment plans which included abortion, which would have directly killed her child, or a complete hysterctomy, which would have indirectly done so.

Molla “was a practicing, observing Catholic … but whose heroism rested above all in the substitution of her own life for that of the daughter in her womb,” Ponzo said.

“The ‘offering of life’ condition was introduced because the two traditional bases for canonization did not cover a form of sanctity which has been widely recognized in Catholic tradition but did not appear in the juridical definition of sainthood,” Ponzo argued in her research article.

“It focuses on one single moment, that is, the end of the candidate’s life,” she continued. “The way in which death must occur in order to meet the necessary criteria is therefore codified in detail by jurisprudence.”

She explained that “since it is extremely difficult to evaluate the candidate’s inner disposition in the supreme moment of death, the judicial praxis of causes for canonization allows a durative criterion to be introduced: martyrdom and the offering of life must be preceded by demonstrable virtuous practice.”

As Pope Francis said in 2017, “Certainly the heroic offering of life, inspired and sustained by charity, expresses a true, complete and exemplary imitation of Christ, and thus is deserving of that admiration that the community of faithful customarily reserves to those who have voluntarily accepted the martyrdom of blood or have exercised Christian virtues to a heroic degree.”

Who is Chen Guangcheng? Chinese hu...