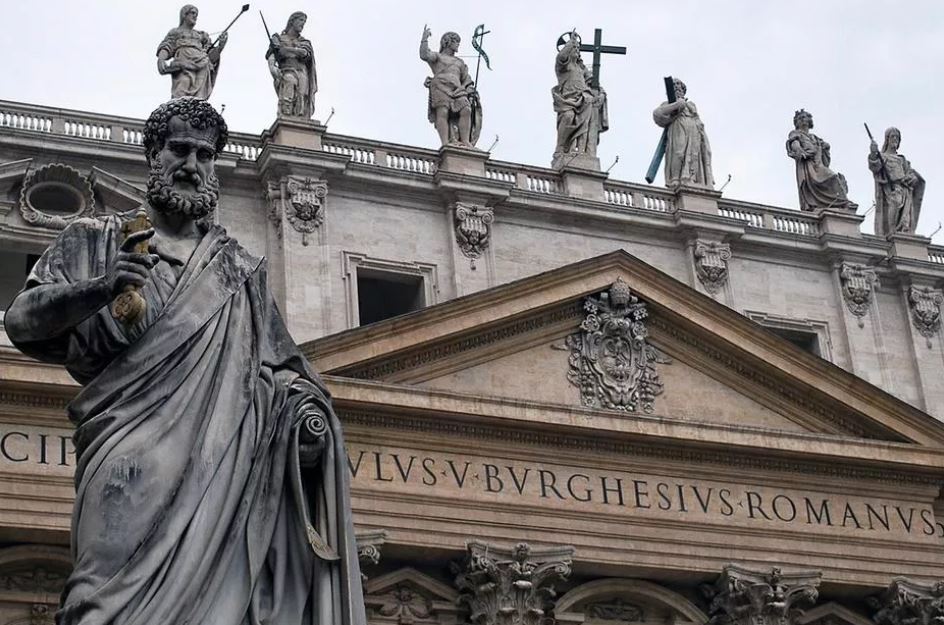 Hilaire Belloc, who died in 1953, was a writer I greatly admired — indeed, whose splendid prose, as his friend Maurice Baring once put it, “emitted the mellow tones of a beautifully played cello … solemn, melancholy and majestic.” But adorning the music, the truly striking thing about Belloc was the message, consisting of the most robust and unremitting defense of the Catholic Thing, which managed by turns to alienate and exhilarate great numbers of people. One is not surprised by this, of course, given the harsh combative tone he took toward those who stood athwart the noblest traditions of the Catholic Church, which he frequently described as “the standing grace of this world.”

But Belloc had one very endearing quality, which was that he would never attack the Church he so ardently loved. She was his Mother, after all, and to do so, he believed, would be to sin against his own body.

Nevertheless, even he, I think — and no doubt Chesterton, too, his great friend and comrade-in-arms, among whose own friends were the fiercest enemies of Rome — would have found it impossible to keep quiet about the latest scandal coming out of the Vatican.

What in the name of heaven is going on? Let us assume, for the sake of charity, that His Holiness has been no less blindsided than the rest of us by the mischievous use made of an unguarded comment he made in an interview with a Mexican journalist back in 2019 concerning the right of homosexual people to be in a family. “They are children of God,” he told Valentina Alazraki. “You can’t kick someone out of a family, or make their life miserable for this.”https://dbda495219a9173be25f264c0e340e69.safeframe.googlesyndication.com/safeframe/1-0-37/html/container.html

Fair enough. But then came the warhead, which seemed to blow a large hole in the Church’s moral teaching, which even great big popes cannot change — to wit, his endorsement of civil recognition for same-sex couples. “What we have to have here,” the Pope said, “is a civil union law; that way they are legally covered.”

To say that, of course, is to undermine the official teaching of the Catholic Church, which is very clear and can be put very simply. In fact, it was reaffirmed as recently as 2003 by Pope St. John Paul II, who, in ratifying the judgment of the Congregation for the Doctrine of the Faith, declared:

And why precisely are we not permitted to extend approval to such unions? Because, said the sainted pope, such recognition would result in “placing them on the same level as marriage, which would mean not only the approval of deviant behavior, with the consequence of making it a model in present-day society, but would also obscure basic values which belong to the common inheritance of humanity.”

Surely nothing controversial there. So why would the current pope undertake to change it? Not, praise God, in any official magisterial capacity as Vicar of Christ and Successor of St. Peter, but as a private opinion ventured most unwisely in a context which, given the current and debased standards of the day, would at once be construed by news media as a sudden seismic shift in Catholic teaching. https://dbda495219a9173be25f264c0e340e69.safeframe.googlesyndication.com/safeframe/1-0-37/html/container.html

Along with all the attendant distortions as well. NPR, for instance, the very next morning, seized upon the statement as a dramatic and welcome reversal of the Church’s longstanding “condemnation” of every homosexual person on the planet. In other words, in the world’s eyes, which more and more determine what the rest of us are meant to see, the Church will no longer, thanks to Pope Francis, be issuing anathemas at people who engage in the practice of sodomy. Thus ending, in effect, an ancient distinction, which goes back at least as far as St. Augustine, that while we must hate the sin, we are obliged always to love the sinner.

An astonishing sea change has now taken place, you see — never mind the fact that no one, not ever as beloved a figure as Pope Francis, is free to empty the contents of the Church’s deposit of faith and morals. I am reminded, and most vividly, of a conversation I and my colleagues had years ago with Father Benedict Groeschel, a wonderful priest who has since gone home to God, who recounted an exchange he had with, at the time, a most obdurate practicing homosexual. “One of these days,” he confided to Father Benedict, “I may decide to end this terrible lifestyle in which I now find myself. Until that happens, please promise me two things: One, that you will not give up on me; keep praying for me. And, two, don’t change the rules.”

I recall that moment so well, having hung on every word he spoke. It is the sort of advice I’d give anyone whose life has become seriously disordered by sin. It is, moreover, the sort of advice I’d certainly want to hear. Do not stop praying for the sinner, because he is worth everything to God, who loves him more ardently than he loves even his own sin. But do not, in the meantime, through the exercise of a misplaced compassion, downplay the gravity of the sin. It does not go away merely because the sinner has made a habit of committing it. Nor is God unaware of what you are doing. Such travesties will have to be answered for either in this life or the next, and not even popes may be excused from an exact accounting.

The Spiritual and Moral Effects of...