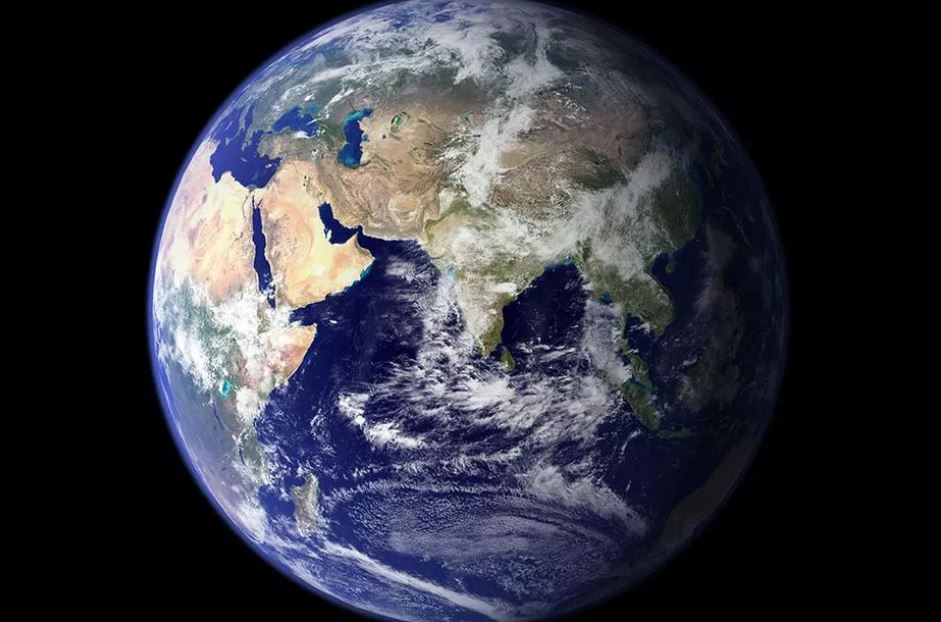 “The main point of Christianity was this: that Nature is not our mother: Nature is our sister. We can be proud of her beauty, since we have the same father; but she has no authority over us; we have to admire, but not to imitate.”—G.K. Chesterton, Orthodoxy

Readers of a certain age will recall actress Dena Dietrich’s iconic portrayal of Mother Nature in Chiffon margarine’s television and print commercials in the 1970s. She was always dressed in a white gown with a crown of daisies on her head. She spoke delicately and whimsically with a maternal tone but when she finds out the butter she was being fed actually was margarine, she becomes outraged, snarling her iconic line, “It’s not nice to fool Mother Nature!”

She then commands the forces of nature to attack those who offend her august self. It was usually limited to thunder-and-lightning attacks. In one commercial, she caused an earthquake. In yet another, she devastated the forest in which she stood and turned it into a barren desert. Most disturbingly, in one memorable commercial, she commanded an actual elephant to crush her unseen provocateur/interlocutor played by character actor Mason Adams.

In reality, the D’Arcy Masius Benton & Bowles advertising agency, which made the Chiffon commercials, stumbled upon a trope that most pagans wouldn’t like Christians to learn about. Nature is definitelynotour mother — and it is definitely not warm, gentle and cuddly.

To be clear, God the Father gave us the Earth not for our worship, but for our use:

“[God] blessed [Adam and Eve], and said, ‘Have many children, so that your descendants will live all over the earth andbring it under their control.I am putting you in charge of the fish, the birds, and all the wild animals. I have provided all kinds of grain and all kinds of fruit for you to eat; but for all the wild animals and for all the birds I have provided grass and leafy plants for food’ — and it was done. (Genesis 1:28-30)”

This means we’re in charge of the planet until the Final Judgment after which it will be replaced by an upgraded model (Revelation 21:1). We are stewards of God’s incredible creation. Earth provides us with food and resources in perpetuity and will continue to do so if are careful and forethoughtful. None of these things mean we should worship the Earth or think of it as “sentient” or “revengeful” and somehow, magically imbued with “rights” and has suddenly become a moral agent who’s decided to give up on morality.

The Earth is, as St. Francis of Assisi explained, ourSister, not our Mother. That is, the earth is yetanotherpart of God’s creation with no authority over us. It’swewho reign over the Earth for God.

The concept of Mother Nature/Mother Earth is derived from a Greco-Roman personification of nature that focuses on the life-giving and nurturing aspects of nature by embodying it, in the form of a mother. This false, meaningless pagan idea is worse than worthless ? it’s dangerous. It’s dangerous because it attempts at supplanting God as the sole source and target of our love, gratitude and worship.

In reality, this earth goddess trope wants our destruction for her selfish self. In Ginette Paris’ 1992The Sacrament of Abortion, the author makes the connection between murderous earth goddesses and abortion (p. 107): “Abortion is a sacrifice to Artemis. Abortion as a sacrament for the gift of life to remain pure.”

The connection between murder and pridefulness and “bounty” is literally as old as sin. Vegetarian Cain killed carnivorous Abel as a result of the former’s unworthy sacrifice (Genesis 4:1-18). Consider Lilith, the demon who was supposedly Adam’s first bride, according to Jewish mythology described in the Babylonian Talmud. Her name is derived from the classification of female Mesopotamian demons that kidnap and murder children and who is evoked in abortions. This bloody demon still inspires feminists as they attend the Lilith Fair ? an all-female music festival — and read the Jewish feminist magazineLilith.Where there is Mother Nature, a metaphor posing as a deity, there is always blood. But the Most Blessed Trinity has no need of blood ? it neither sustains nor appeases him (Psalm 50:13, Isaiah 1:11). Instead, he wants our love (Deuteronomy 6:5, Psalms 8:3-5, Psalms 51:16-19, Matthew 4:4, Mark 12:33).

Pachamama is an Incan fertility goddess who presides over agriculture. Her husband is Inti who, disturbingly, isalsoher son. By the stories her worshippers told about her, she’s hardly a lady. TheApril 2018 National Geographic included an articleabout the 140 children and 200 llamas sacrificed to this incestuous monster. Not at all gentle and harmonious. The Catholic Mass is a bloodless sacrifice, but those who worship Mother Nature thought they had to kill some children and llamas to “feed” this monster.

India has celebrated a long history of human sacrifices to “Mother Earth,” including among the Kandhs of Bengal. Their version of this pagan monster was Tari Pennu. The Uraons of Chota Nagpur offered human sacrifices to Anna Kuari. Blood was important for their goddess or she would refuse to make their turmeric crops the appropriate shade of red to turn a profit. The Lhota Naga of Brahmapootra severed and planted the heads, hands and feet of their victims as sacrifice to her.

Tonacacihuatl, the Aztec Earth Goddess, had been the goddess of hunting, bloodshed and nighttime. Not very festive at all. Again, Xipe was both her son and her husband. She demanded the sacrifice of an old woman and a young girl whose blood was used as a magic charm to secure a successful harvest allaChildren of the Corn. The pair were usually killed by grinding them to death like corn between two millstones.

The Peruvian Incas and the Ecuadorian Guayaquil Indians would similarly sow their fields with the blood and hearts of their prisoners of war to assure a good harvest, just like the Filipino Bagobos. The Bontoc and the Apoyaos also in the Philippines, hunted humans and used their heads as a sacrifice to their Mother Earth goddess. The Skidi Pawnees of North America would fatten their female victim before killing her to assure an abundant crop of plump corn. The Marimos of South Africa would choose a short, fat man as a sacrifice to their Earth goddess. In West Africa, a man and a woman were selected to be hacked to death by farming implements sacrificing them to the worthless gods they worshipped before Christianity came along.

The Indian goddess Durga is seen as the supreme mother goddess by Hindus. Her daughter, Kali ? the goddess of assassins ? also offered abundant crops as long as fresh of blood was sacrificed to her.

The worshipers of the Hindu goddess Devi Adi Parashakti is believed to give birth to all life but then kills and absorbs whatever she’s produced in order to sustain and nourishherown body ?notthe world. Even the Mormons aren’t immune to this nonsense, as they believe their deity (the “Heavenly Father”) has a wife and female counterpart simply known as the “Heavenly Mother,” who is associated with Mother Earth.

The modern myth that Mother Earth was kind and munificent — which obscures the fact that these “goddesses” are always associated with murder — seems to have started with Johann Jakob Bachofen in the 19th century. So-called neopagans insist without proof that ancient human societies were Earth goddess-worshipping matriarchies. According to them, these primordial humans were vegetarian, agrarian, egalitarian, pacifistic, sensitive and nurturing and had mastered all magical power, medical and scientific knowledge in the universe. Men knew their place as subordinate and inferior to feminine “wisdom.”

But nature isn’t our mother any more so than is Lucifer or the next boulder you come across. A lie is a lie is a lie. As St. Paul reminds the Thessalonians, “Put all things to the test: keep what is good and avoid every kind of evil” (1 Thessalonians 5:21-22). The wolves are at our gates and their aim is not to bring peace and love but rather dissension. The wolves want to be worshiped as “gods” so they wear sheepskins to give the impression that they agree with us, but nothing could be further from the truth (Matthew 7:15).

“The main point of Christianity was this: that Nature is not our mother: Nature is our sister. We can be proud of her beauty, since we have the same father; but she has no authority over us; we have to admire, but not to imitate. This gives to the typically Christian pleasure in this earth a strange touch of lightness that is almost frivolity. Nature was a solemn mother to the worshipers of Isis and Cybele. Nature was a solemn mother to Wordsworth or to Emerson. But Nature is not solemn to Francis of Assisi or to George Herbert. To St. Francis, Nature is a sister, and even a younger sister: a little, dancing sister, to be laughed at as well as loved.”

Free the Mass! A Call to Spiritual...