The ‘Enlightenment’ Inquisition Against Great Scientists 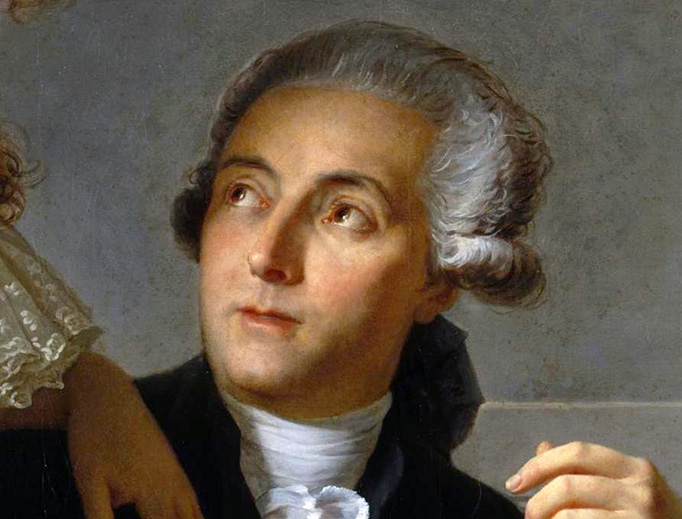 The ‘Enlightenment’ Inquisition Against Great Scientists

Everyone knows about Galileo, but few people know the stories of scientists like Antoine Lavoisier, ‘the father of modern chemistry’

Why is it that we always hear,ad nauseam, about Galileo and how he was persecuted by the Catholic Church for saying that the earth went around the sun? Well, there are two reasons: it makes for great copy, because it was a whopper of a scientific error, and because it is fodder for anti-Catholicism and even a broader anti-Christianity (and sometimes anti-theism and anti-religion, period). When we Catholics make mistakes, they are never forgotten, and milked (in distorted, half-baked form) for all they are worth.

Atheists, agnostics, secularists, and many of those on the political left absolutely love the Galileo story. It’s been wonderful propaganda for them for 400 years; that is, in its usual modified, revisionist, one-sided presentation, designed to make the Catholic Church look as bad as it can possibly look, in order to foster the myth that it is somehow “anti-science.”

Now, with that background in mind, consider another case of a very renowned, skilled, important scientist being “persecuted” and wrongly treated. To give some biographical background,Antoine Lavoisier(1743-1794) is considered the “father of modern chemistry.”He developed the first version of thelaw of conservation of mass, helped devise themetric system, wrote the first comprehensivelist of elements, and reformed chemical nomenclature.

He discovered that although matter may change its form or shape, its mass always remains the same. He determined that the components of water were oxygen and hydrogen, and that air was a mixture of gases, primarily nitrogen and oxygen. HisTraité Élémentaire de Chimie(Elementary Treatise on Chemistry, 1789) is considered to be the first modern chemistry textbook.

Unfortunately, Lavoisier died prematurely at age 50. Do you knowhowhe died? He was beheaded by a guillotine: killed by the folks in France who prided themselves (and are widely known, for some bizarre reason, to this day), as proponents of “enlightened” reason: freed (so they viewed themselves) from the shackles of centuries of Christian “Dark Ages” intellectual slavery and mindless dogmatism (as the stereotype goes). These were allegedly the “smart” people; the “liberated and free” people; the “liberals” with all the noble ideas. You know: “liberty, equality and fraternity,” and all that.

I find it extremely interesting, myself, that we rarely hear of this. Most people, I suspect, are like myself. I had at least heard of the man’s name, and knew he had a significant place in the history of scientific pioneers and great minds, but I didn’t know he died inthisfashion. And that is because the secularist powers that be have a vested interest in downplaying and obscuring inconvenient facts such as these. Their goal is to pit religion against science, so Galileo fits right in with that.

It’s supposed to always be “Christianity against science” and never “radical secularism and atheism against science.” That won’t do. The atheist / radical secularist French revolutionary persecution of Lavoisier the great Catholic scientist is a tidbit of history that is ignored, suppressed and hushed up. It’s an absolutely classic case of cynical, deliberate historical and academic bias.

Jean-Paul Marat, who made himself Lavoisier’s enemy: one of the three leading figures of the French Revolution (along withGeorges DantonandMaximilien Robespierre), was a failed scientist, and his motivations were clearly petty jealousy, and a wounded pride, fed by paranoia. He wrote:

The d’Alamberts, the Condorcets, the Moniers, Monges, Lavoisiers and all the other charlatans of that scientific body wanted to hog the limelight for themselves . . . they disparaged my discoveries throughout Europe, turned every learned society against me. . .

How was Lavoisier treated athistrial? What was the basis of his “guilt”? Galileo spent his last several years under a very mild “house arrest” in comfortable environs, including palaces, and wasn’t forbidden from carrying on his scientific experiments. Lavoisier was not quite so graciously treated:

Early in his career he felt the need of increasing his resources to meet the necessitiescausedby hisscientificexperiments. With this in view he became a deputyfermier-général, whereby his income was much increased. But joining this association of State-protected tax-collectors only prepared the way for many years of bitter attack and a share of the public odium attaching to theirprivilege. He . . . aimed at bringing France to such a state of agricultural and industrial expansion that the peasant and the working-man would have profitable employment and the small landed proprietor relief from the burdensome taxes . . .. Having incurred the hatred of Marat he found himself, together with his fellowfermiers-général, growing more and more unpopular during the terrible days of the Revolution. Finally in 1794 he was imprisoned with 27 others. A farcical trial speedily followed, in which he was charged with “incivism” in that he had damaged public health by adding water to tobacco. He and his companions, amongst them Jacques Alexis Paulze, his father-in-law, were condemned to death. (Catholic Encyclopedia:“Antoine-Laurent Lavoisier”)

Lavoisier was one of the estimated 16-17,000 people who were guillotined in the “enlightened”Reign of Terror, from October 1793 to July 1794. Here we have an atheist/deist/secularist/anti-Catholic Inquisition.

Philippe-Frédéric de Dietrich, fellow chemist, metallurgist, and associate member of the Academy of Science, was also killed in the Terror, on 19 November 1793. The famous French philosopher and mathematicianNicolas de Condorcetdied in an “Enlightenment” prison under mysterious circumstances, on March 28, 1794.Jean Baptiste Gaspard Bochart de Saron, an astronomer and mathematician, fell prey to the terror on April 20, 1794. Guillaume-Chrétien de Lamoignon de Malesherbes, a botanist and statesman, met his end in the usual fashion, on April 23, 1794.

Félix Vicq d’Azyr,a French physician andanatomist, originator ofcomparative anatomyand discoverer of the theory ofhomologyin biology, died on June 20, 1794. His death may have had some relation to the Terror as well.

But Galileo is supposedly the quintessential “persecution of a scientist by unenlightened Troglodytes” historical episode?

Head of Vatican Finances: No Defau...

Kenyan bishop: Poor could be explo...