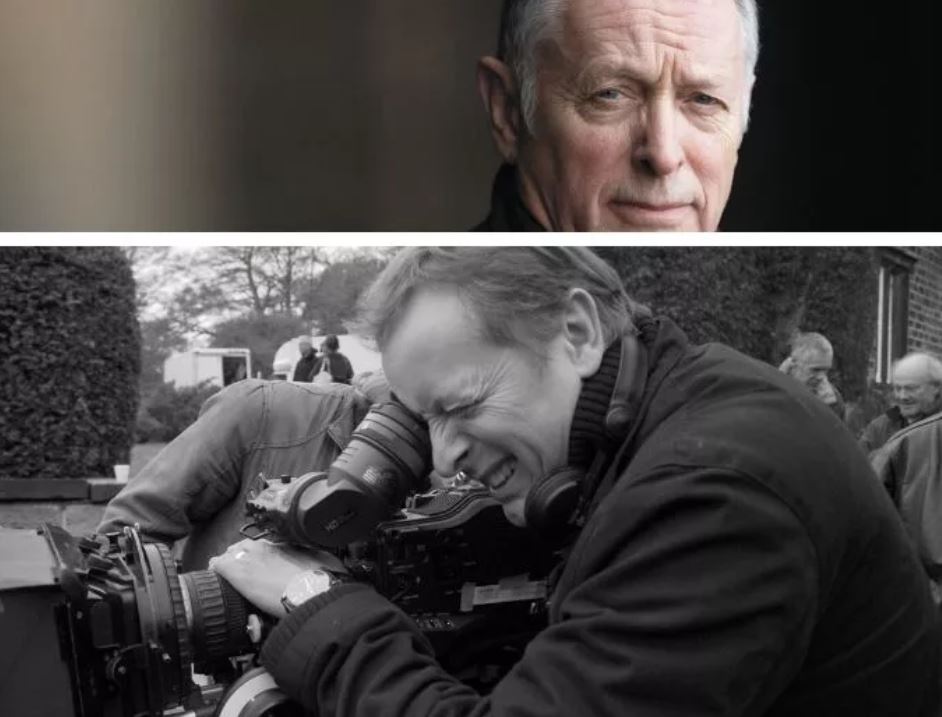 British film directorNorman Stoneis a double Emmy and double BAFTA award-winning filmmaker with more than 40 years of filmmaking to his name. He is also a devout Christian and a devotee of C.S. Lewis. In fact, Stone has made a number of films about the writer and Christian apologist, most notably the award-winningShadowlands(1985). Stone is just about to start filming another C.S. Lewis-inspired film project.

While on a recent visit to London, Stone spoke to the Register about how C.S. Lewis has influenced not just his personal faith but also professional work. Sitting with Stone in the lounge of a busy central London hotel, the obvious question is: When did he first become aware of Lewis and his writings? “It was when I left the BBC to go freelance in 1980,” he replied. “I’d been working there as a producer/director since I left film school in 1975, and after almost five years of wonderful ‘experience-gathering’ filmmaking, I wrote, directed and produced my first official BBC drama. The subject was a Cornish, blind and deaf, Calvinistic poet called Jack Clemo. After this came out to great acclaim, I immediately left the BBC and went freelance on the sharp lookout for other stories to tell, and it was then I noticed, I meanreallynoticed, C.S. Lewis.”

Stone continued, “I’d known about him before, of course, but I’d not been an ardent fan or even engaged very much with his work. I hadn’t even read theNarnia Chronicles! And perhaps it was that previous, unintended distance from the man that helped the power and impact of meeting him for the first time as an adult and a creative filmmaker.” He paused, before concluding, “Once his life, faith, wisdom and story headed in my direction, I was totally hooked.”

So what was it about Lewis’ writing that impacted the filmmaker so much? “A Grief ObservedandSurprised by Joyhit me straight between the eyes, especially the former,” Stone explained. “It was so raw, so honest, rather like Jack Clemo the Cornish Poet. I think Lewis was a Christian who told the truth, whatever the cost, even though that cost could be unbelievably high. And yet, particularly with the love and loss of Joy Davidman, Lewis came through the fire, bloody but unbowed, faith intact, but heavily scarred. That’s real life and real faith. Folk listen to that stuff; they engage — he’d ‘earned the right to be heard,’ you see, and certainly the huge audience that was generated by my original BBC version ofShadowlandsflocked to listen to the man’s wisdom, words and spirituality.” Again, almost as an afterthought, reflecting on that experience, he added: “Speaking personally, I benefited with the others.”

Lewis was, and still is, through his writing, a Christian apologist. What did Lewis’ writings mean for Stone’s Christian faith? “I wouldn’t want to overplay that, but, yes, of course, it did [mean a lot]. You don’t get so close to someone like Lewis, in order to tell his story with empathy and understanding, without his life and words having a deep impact on your own faith and understanding — and it was the freshness of his thinking, his take on life and faith, with his becoming a Christian, in spite of all his erudite, atheistic objections, that impress.”

Many decades after its release, Stone is still asked about the award-winning Lewis-inspired dramaShadowlands. Now, so many years later, one wonders what memories he holds of the movie’s filming. “The cold!” he laughed. “There was a lot of snow, and cold, cold winds. In fact, we all felt thankful for this, in the end.” The reason for this, he went on to explain, was that Steven Spielberg was due to film a big-budget feature film,Young Sherlock Holmes,in Oxford at the same time as Stone was filmingShadowlands. This was a major problem for Stone’s production, as Spielberg had the money, the power and, therefore, first option on each and every location he needed to use. While Stone needed the same locations, his production budget was nowhere near the same as Spielberg’s. “It was snowing heavily when we arrived at our hotel the night before shooting,” Stone remembered. “In the morning we heard the news that Steven Spielberg’s huge truck, full offalsesnow for his shoot, had got stuck in a snowdrift on the M40 and couldn’t get through. Unwilling to trust to the chances of a thaw, Mr. Spielberg set back his shoot by a week, and we had the whole of Oxford to ourselves!”

“Apart from all that,” Stone continued, “it was amazing to see the story of C.S. Lewis coming to life before our very eyes. With a brilliant script by William Nicholson, and amazing performances from Joss Ackland, Claire Bloom and a perfect cast, it was both magical and moving. It just makes you very thankful.” Stone still seemed grateful as he said, “I think we all knew that something very special was being born.”

While filmingShadowlands,the writer came alive for Stone. “Joss Ackland, who played Lewis, was extraordinary: such understanding, sympathy and steel. I think we both felt that this was a once-in-a-lifetime performance. His performance as Lewis really was immaculate. And, of course, at such close proximity, the person who feels that unexpected ‘reality’ most powerfully is the director.”

Another Lewis-inspired production was Stone’sThe Narnia Code(2009). How did that film come about? “A sore throat!” he replied. “The New York-based Christian author and broadcaster Eric Metaxas’ sore throat, actually. I’ve known Eric for ages, and I was visiting New York and phoned him to see if we could get together, only to find that he was well on the way to getting tonsillitis and pretty glum, especially since he was meant to be interviewing a brilliant Oxford scholar, Michael Ward, about his outstanding bookPlanet Narnia.”

“I offered Eric my sympathy,” Stone noted, “and was about to put the phone down when, ‘Wait!’ I heard him croak. ‘You talk a lot’ (true). ‘Why don’t you come to dinner with me and Michael and you ask the questions? I’ll just take notes. It was a very nice dinner, in an excellent restaurant, and by the end of the meal, I was totally sold on the brilliance of Michael Ward and his astonishing theories about the deliberately hidden language behind Lewis’Narnia Chronicles. I never did see Eric’s interview, but, within six weeks, the BBC had commissioned an ambitious drama-documentary on these fascinating findings.”

C.S. Lewis is once more to enter professionally into Stone’s life. “Max McLean is the visionary New York actor and CEO of the Fellowship for Performing Arts. His latest hit performance is a one-man stage show, [most recently] touring the United States with great success; [it is] calledThe Most Reluctant Convertabout the conversion of C.S. Lewis,” explained Stone. Maclean called Stone to see if he would be interested in turning his latest theatrical show into a film. “I didn’t say ‘Yes’ immediately,” said Stone, “until, that is, I sat down and read the script. Then I was instantly persuaded.”

Filming stage plays is notoriously difficult. Does Stone have any reservations about this new project? “The intention is to do something cinematically different with the project,” he said, “which is why we will be only at the ‘development stage’ for quite a few weeks yet. But, if it works, I think we will have pushed the bounds of in-depth TV storytelling into powerful new territory. One can but hope, but it will be very far from a ‘theatrical stage production.’” After decades working in the film industry as both a director and film producer, one wonders what Stone thinks of his unusual vocation. “Honestly?” he seemed surprised by the question. “Wonderful, frustrating, all-absorbing, disappointing, glorious and (at the best times) utterly rewarding. I get paid (usually) to tell people’s stories, to enter their imaginations, to offer narratives, new ideas and … truth. Wherever else do you get a chance to do that?” So what are the downsides? “The worst of it is all the great projects that, for various reasons, never get made, strangled at birth, but never quite go away. I’m still desperately keen on each one of them and would still love to believe that one day they will get made, but we’ll see.”

As a Christian in the middle of an industry not known for its Gospel values, has it been tough? “I don’t find any problem. Not at all. I’ve heard well-meaning church people warn that we are not to be ‘of the world,’ but the full quote says that we are meant to be ‘inthe world but notofthe world.’ There’s the sense of it, and when you find yourself as a Christian actuallyinthe world, you’ll always find that God has got there before you and beat you to it.” Would he advise his fellow Christians to head to Hollywood? “Of course!” he replied, with enthusiasm. “If you’ve got the talent or aptitude for it and want to tell the truth, rather than propagandize. Looking at a story, a documentary, a philosophical argument, a drama, even a cast and crew from a Christian perspective, is usually both refreshing and rewarding. It’s almost always going to be different, and hopefully more true.”

Stone readied to leave. As he did so, he gave this piece of advice to aspiring Christian filmmakers: “Love Jesus; learn the skills; tell the truth; create brilliantly to the best of your ability. Love Jesus.”

Into Great Silence with Saint Brun...