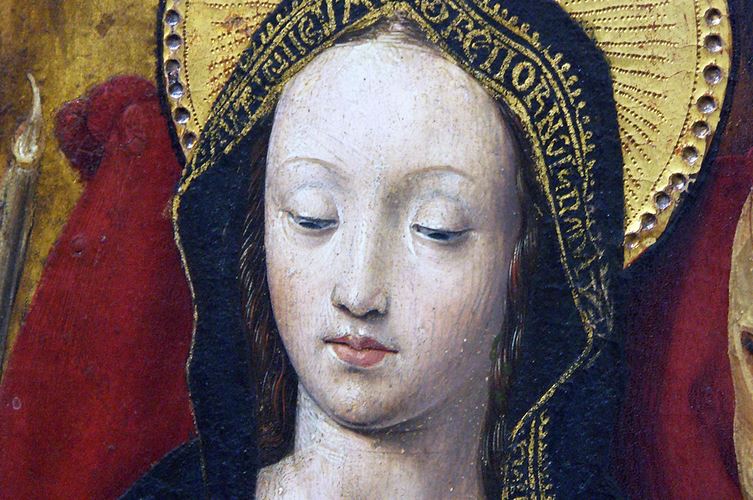 There’s plenty to be excited for in this season, even if you’re not nose-deep in the liturgical calendar.

The First Sunday of Advent marks the beginning of the new liturgical year on the General Roman Calendar. And what a sweet way to begin! The Advent season is full of inspirational and famous saints with feasts like Lucy, Nicholas, Andrew, Ambrose and others. Of course, Advent is the hopeful and preparatory countdown to Christmas, the Solemnity of the Nativity of Our Lord.

There’s plenty to be excited for, even if you’re not nose-deep in the liturgical calendar. Still, among these saints, among the cups of Gluhwein and bites of Lebkuchen, and with the excitement of the coming Christmas season, there are several Marian feasts and memorials of exciting significance worth our most intentional observance.

In the full throes of the Advent season, our thoughts are focused on the coming birth of Christ — rightfully so. Still, for many Catholics, unintentionally, they get the meaning of this solemnity wrong. On this solemnity, a holy day of obligation for all Catholics, we focus on the Immaculate Conception of Mary. We observe this on Dec. 8 because, on this day in 1854, Pope Pius IX defined the dogma in his apostolic constitution, Ineffabilis Deus. Perhaps you’ve heard this or read this before, but take note of the deliberate language used to make this declaration of faith so precise:

We declare, pronounce, and define that the doctrine which holds that the most Blessed Virgin Mary, in the first instance of her conception, by a singular grace and privilege granted by Almighty God, in view of the merits of Jesus Christ, the Savior of the human race, was preserved free from all stain of original sin, is a doctrine revealed by God and therefore to be believed firmly and constantly by all the faithful.

If someone is at all concerned about this feast day not focusing on Christ, point to the strict teaching that Mary was not prevented from sin by her own merit, but from the privilege granted by God and the merit of Christ as her Savior, which she acknowledges in Luke Chapter 1. In doing this, Christ was already preparing himself for the cross.

One of the most stunning churches I’ve seen in years traveling around Italy is the Basilica della Santa Casa, or the “basilica of the Holy House.” It is at once a fortress, a convent, a basilica, and of course a humble little home surrounded by the colossal pillars and walls of the basilica itself. The day itself was only just recently added to the Calendar by Pope Francis, but this addition comes after centuries of being one of the most popular pilgrimage locations in the world — and solemn devotion with that. Another perfect memorial for the Advent season, it reminds us of the humble humanity of such an elevated saint as Mary. She came from a home of modest bricks, built on a stone foundation — the same house our Lord asks us to build (Matthew 7:24).

Easily one of the most remarkable stories of an apparition, the event claimed the conversion of nearly all of Mexico and much of the Central American landmass. A god-fearing but straightforward peasant, Juan Diego, was privileged to be given a vision and resulting mission by the Blessed Virgin Mary: He was to collect roses, impossible to find in the month of December, to present the bishop as proof of his seeing her. When he plucked the flowers and wrapped them in his tilma (a poncho-like covering), even he did not know that a perfect illustration of the image of Our Lady would be printed on the garment.

At a time of strife between the pagan indigenous peoples of Mexico and the Spanish immigrants and missionaries, this picture contained rigorous combinations of imagery that pointed to the Blessed Virgin as the mother of believers and a local indigenous expectant mother and was the cause for the conversion of millions in a matter of months. Once again, I love that this feast is during Advent each year because the apparition points to the Virgin Mary’s ever-present message: Embrace my son.

There are also two more feasts that are not entirely on the General Roman Calendar any longer but deserve our attention each year.

The Expectation of the Blessed Virgin Mary (Dec. 18)

Due to the strict restriction of feast days during Lent in the 7th century, this day, which we now celebrate as the feast of the Annunciation, is celebrated on March 25 but for years was observed on Dec. 18. It emanated from Spain, but other countries adopted it — in some parts of Spain, it is actually observed twice a year.

The Chaste Nuptials of Our Lady and St. Joseph (Dec. 24)