The Incarnation of Jesus Christ and the Problem With Plato 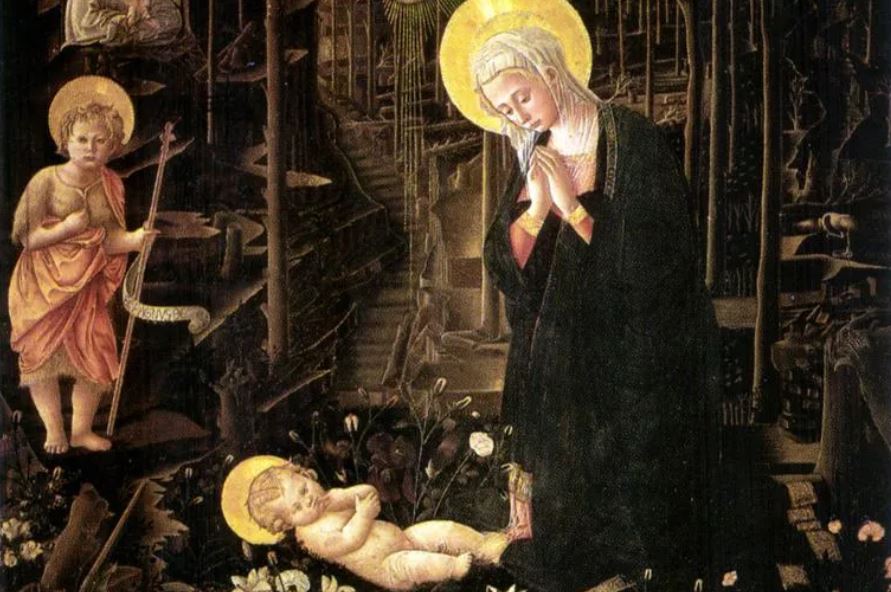 The Incarnation of Jesus Christ and the Problem With Plato

Amid the silence of the stars, God truly comes into our world — an event that renders everything different.

Picture yourself sitting across from Plato at a Greek restaurant, a couple of gyros between the two of you. What do you say? Is there anything you know that could possibly add to the sum of all that he already knows? After all, it isn’t every day that one dines with the foremost philosopher of the ancient world, concerning whom pretty much everything we’ve ever thought or said since has been a series of footnotes. So, what do you talk about? The food?

The good news, of course, is that he’s offered to pick up the tab, so it won’t matter what’s in your wallet. But he will want to pick your brain, so make sure you’ve got something under the hood about which you can instruct him. In other words, something totally original.

Like Christianity, for example, which had not even existed until five centuries after his death. That should prove wonderfully provoking. In fact, it may strike poor Plato like a warhead, upending the entire superstructure of his thought, causing him to flee the restaurant and leave you with both the check and his half-eaten gyro.

Why the upset? Because, you see, Plato is an idealist, for whom everything in the universe, the whole order of being, can only be judged true or good or beautiful to the extent that it exists solely in the realm of ideas, a realm totally and blessedly beyond change and decay. Indeed, so pure and undefiled are these ideas that nothing in the material world may be permitted to interfere with their perfection. Is that clear enough for you? Only ideas are real, everything else — matter, the sensate world, all the earthly stuff we traffic in every day — is at best a distant and inferior copy, an imitation so pallid and thin that no serious mind would wish to engage it.

For people of Plato’s persuasion, and their numbers are increasing as we immerse ourselves more and more in cyberspace, the actual face of one’s wife, or the sweetness of a little child, or the tenderness of an old grandmother — qualities that so endear them to us that we want to hug and squeeze them — are actually far less real than the idea, say, of a lovely wife, or a cuddly child, or a tender grandmother.

What a cheap date Plato must have been! Imagine inviting someone like that home for the holidays. Rather than heaping high his plate with delicious ham, turkey, mashed potatoes and pie, just hand him a sheet of paper on which you’d written out various ideas of culinary perfection. How that will delight his mental palate!

But mightn’t there be something in Christianity of which Plato would approve? Why not put it to the test by telling him about the Fourth Gospel? Read the Prologue and watch what happens. “In the beginning was the Word” should give him no heartburn. Nor the assertion that “all things were made through him, and without him was not anything made that was made.” And the fact that the light from this Word “shines in the darkness, and the darkness has not overcome it” will likewise comport with the Platonist universe.

So where’s the rub? Incarnation. Trip over that word and Plato goes positively ballistic. “And the Word became flesh and dwelt among us.” There’s the warhead. That is the bridge too far. Not the idea or supposition of it, mind you, but the actual event, the happening itself in the great sea of history. The show stopper, in short, is the fact that the all-comprehensive, all-comprehending idea, the Logos of God himself, should all at once enter the human estate and become one of us. For men like Plato, who subsist on a diet of purest abstraction, the notion is preposterous. It is nothing less than a full frontal assault upon the whole architecture of idealism, none of whose mental constructs will survive the enfleshment of the eternal in time, the divine in the human, meaning in matter.

What was the offer that Our Blessed Lady freely made to God? In the immortal words of the poet Hopkins, nothing less than “God’s infinity/ Dwindled to infancy / Welcome in womb and breast, / Birth, milk, and all the rest…” But Plato? Not a chance. He would only welcome the eternal Word so long as it remained sequestered in the most distant ethereal realm, thus allowing fastidious folk like himself to commune with its sheer Otherness. It is the Achilles’ heel of all idealism, this crippling incapacity to allow the infinite any possible mediation by and through the finite. Meaning and matter, Word and flesh, Heaven and history, God and man — these must forever remain separate, each sequestered in its own little box. Like a coffin, hermetically sealed.

Well, God has unsealed that coffin for all time, having burst through the clouds on the very day a young Jewish girl agreed to his conception in her virginal womb. And so, amid the silence of the stars, God truly comes into our world, an event that renders everything different. The world he made has been dramatically remade by the fact of his coming into it. I expect Plato now knows that.

Did a Baby Appear Below the ‘Chris...