The Myth That Catholics Are Opposed to Science Revolves Around Copernicus 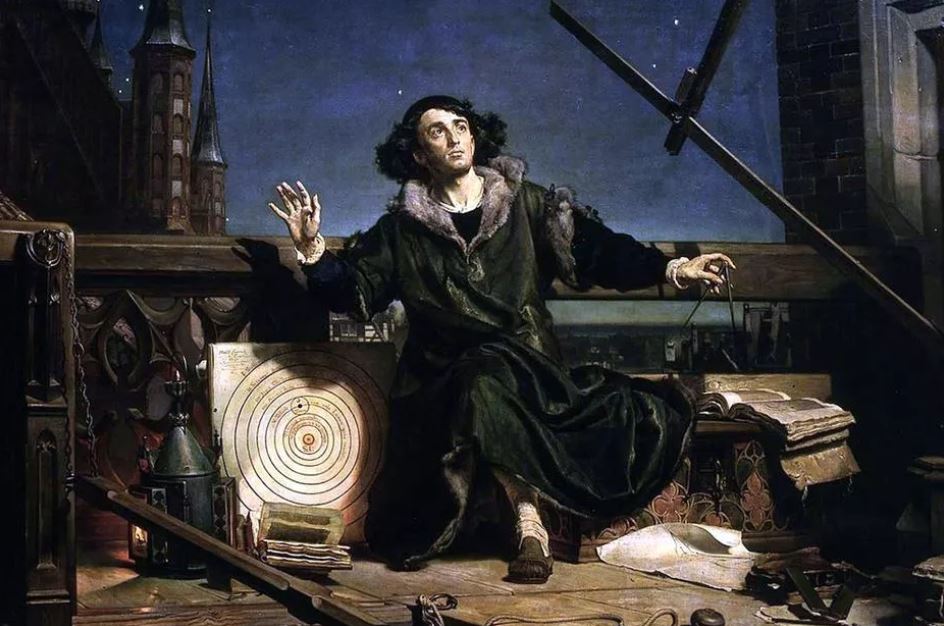 The Myth That Catholics Are Opposed to Science Revolves Around Copernicus

Remember: The heliocentric theory was advanced by Nicolaus Copernicus, a Catholic priest who was encouraged by the Catholic Church and opposed by the early Protestants.

Some would have us believe that Father Nicolaus Copernicus was fearful of publishing his heliocentric model because of the Catholic Church. This is completely untrue.

In fact, a pope, two cardinals and several high-ranking bishops recommended the astronomer publish his research. He acquiesced by publishing an abstract –– copies of which were discovered in Vienna in 1873 and Stockholm in 1878. In this commentary, Copernicus stated his theory in the form of seven axioms, reserving the mathematical part for his posthumously published book. This was in 1531, 12 years before his death. From this point onward, acceptance of the heliocentric system began to spread throughout Christendom.

In 1533, Albert Widmanstadt, secretary to Pope Clement VII and Copernicus’ uncle, gave a lecture on the Copernican paradigm which the pope attended. The pope was so intrigued by this research that he gave Widmanstadt a Greek codex as a present.

Three years later, Cardinal Schönberg, then Archbishop of Capua, urged Copernicus in a letter dated Nov. 1, 1536, to publish his findings. However, Copernicus didn’t comply with the Cardinal’s request until around 1540 when his aide, Protestant astronomer George Joachim Rheticus, professor of mathematics at Wittenberg University, came to assist him.

Within a few weeks of Copernicus’ arrival in Frauenburg, he sent aFirst Narrationof the new heliocentric theory to his scientist friend Johannes Schöner in Nuremberg, in a letter that was printed and freely available to the public in Danzig (1540) and Basle (1541). Rheticus next prepared Copernicus’ preliminary chapter of plane and spherical trigonometry for publication.

When Copernicus was 68 years old, he wrote to Pope Paul III informing him that he had decided to finally send his findings to Cardinal Schönberg, Bishop Giese of Culm and other astronomy colleagues. Rheticus was asked to edit Copernicus’ manuscript and to publish it through the University of Wittenberg –– the same city in which Luther had launched.

In 1543, Rheticus and Andreas Osiander –– another Protestant astronomer friend of Copernicus –– then hired the printing company in the city of Petreius to make copies of Copernicus’ works. Copernicus couldn’t contribute a great deal of time to the manuscript’s final edited version because he had unfortunately become paralyzed on his right side and was having difficulties with his memory for several days before his death. Copernicus was handed the first printed copy of theSix Books on the Revolutions of the Celestial Orbitsjust hours before his death.

Unfortunately, Osiander had ordered some edits to the manuscript without telling the author as he was worried that Protestants like Luther, Melanchthon and John Owen — who all strongly opposed the heliocentric model — would be infuriated and instigate violence toward the Catholic Church. Thus, Osiander added the word “Hypothesis” to the manuscript’s title page. In addition, he replaced Copernicus’ own preface with another that contradicted the author’s opinions. Instead, Osiander’s preface warned the reader neither to expect anything certain from astronomy nor to accept the book’s hypotheses as true. Fortunately, Copernicus’ dedication to Pope Paul III was retained as was the text in its entirety.

Upon reading the first few pages of Copernicus’ treatise, Melanchthon wrote to his friend Mithobius condemning the theory and calling for it to be violently repressed by governmental force, writing that “certain people believe it is a marvelous achievement to extol so crazy a thing, like that Polish astronomer who makes the earth move and the sun stand still. Really, wise governments ought to repress impudence of mind.”

Thus, the Catholic Church never persecuted Copernicus for his theories. If anything, Copernicus hesitated publishing his research for fear of exacerbating Protestant hatred against the Catholic Church. Further, the Catholic Church never held an official opinion one way or the other as to heliocentrism. Though it’s true that Galileo Galilei was accused of disseminating “Copernican ideas,” this shouldn’t be taken to mean that Copernicus was on the outs with the Church. Rather, it was Galileo who had taken great steps to make himselfpersona non grataby burning many bridges in his life. It wasn’t heliocentrism that upset the Church but rather Galileo’s refusal to admit that his ideas were theories rather than facts not subject to questions or criticism. As proof of this, we see the Church’s attitude toward Copernicus and Cardinal Nicholas of Cusa –– a German philosopher and astronomer.

If people want to make Galileo out to be a poster boy for modern science, they will first have to explain why Copernicus was never persecuted for the very same theories nearly 75 years earlier. But even more to the point, unbeknownst to Copernicus, Cardinal Nicholas anticipated an earlier form of the heliocentric theory and, in fact, was celebrated for it by the Church. Admittedly, his theories are more philosophical and speculative than scientific and strictly empirical but his was definitely a heliocentric paradigm.

Interestingly, the Cardinal theorized that the planet’s orbits weren’t perfectly circular nor were the planets perfectly spherical –– an idea that wasn’t confirmed until Johannes Kepler’s discovery almost 200-years later. But, most important of all, of the cardinal’s ruminations was that he believed that the reason for the difference between astronomical theory and actual physical observation was explained by relative motion –– specifically, the periodic apparent retrograde motion of Mercury—an idea that anticipated Einstein’s by nearly 500-years.

Remember: The heliocentric theory was advanced by a Catholic priest, who was encouraged by the Catholic Church and confounded by the Protestants (well-meaning or otherwise).

There were certainly some Catholic critics as well but none of it appeared for 60 years afterDe revolutionibuswas published. If our critics were correct about the Church wanting to destroy the heliocentric paradigm, they wouldn’t have waited an entire lifetime to do so. In addition, Copernicus’De revolutionibusremained completely accessible to scholars throughout Christendom for the entire 60 years before Galileo.

In defense of the Catholic clerics such as Cardinal Robert Bellarmine, Francesco Ingoli, Nicolaus Serarius, Bartolomeo Spina and Giovanni Maria Tolosani, who denounced the Copernican theory, they used logic and empirical science to try to demonstrate (albeit incorrectly) that heliocentrism was wrong. Protestants rejected the theory solely on the basis of Scripture verses that referred to the earth as not moving.

People of Praise hacked before Amy...

Cardinal Pell Returns to Rome, as...