The Papal Consequences of the ‘Miracle of the Vistula’ 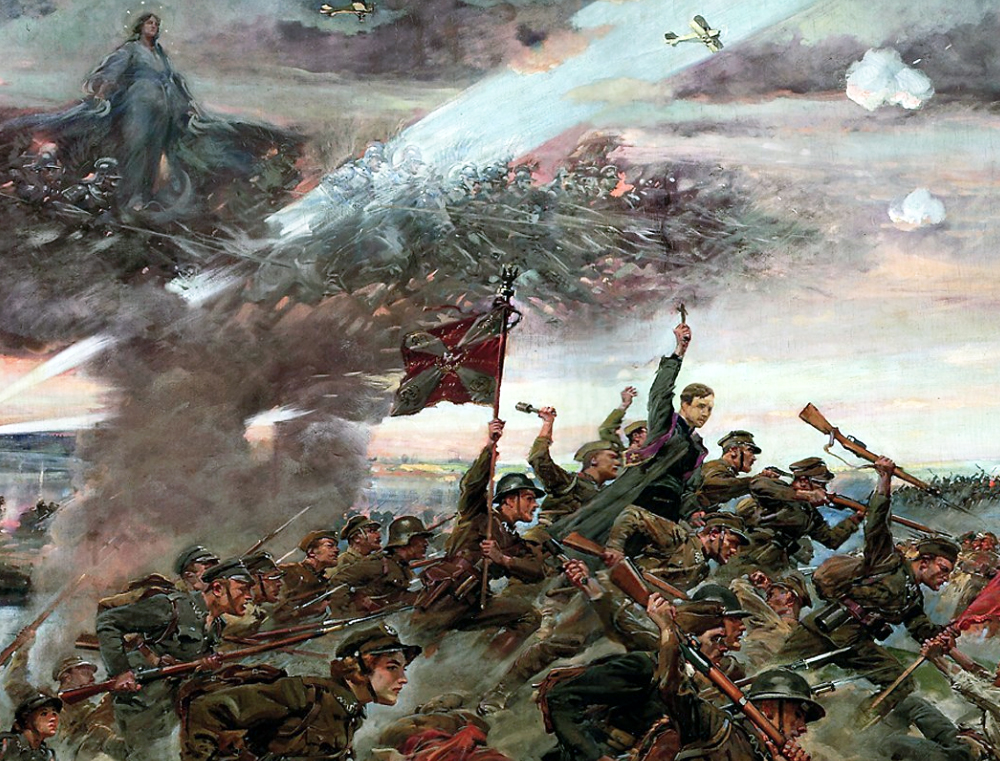 The Papal Consequences of the ‘Miracle of the Vistula’

Poland credits the intercession of the Virgin Mary for its 1920 victory over Russia’s communist forces.

Many countries have a day to honor to their armed forces. Fewer have holidays to mark Marian feast days. Only one combines the two; in Poland the solemn feast of the Assumption is also Armed Forces Day. The reason lies in events that took place exactly 100 years ago, but reverberate even today.

Poland had disappeared from the map of Europe in 1795, carved up and occupied by its neighbors — Prussia, Russia and the Empire of Austria-Hungary. After the Great War led to the fall of all three monarchies — German Kaiser, Russian Tsar and Habsburg Emperor — Poland regained its independence with the armistice of November 1918. But the newly-reborn Poland was soon fighting for its life. Lenin’s expansionist project of communism was moving westward, and by 1919 Polish forces were battling the Red Army. It was not going well, and by August 1920 it looked as if Poland would be defeated and Lenin would have pushed communism to the border of Germany.

The Red Army advanced toward the Vistula River and the city of Warsaw. It was expected that Warsaw would fall within days. Instead, brilliant maneuvering by Marshal Józef Pi?sudskiturned the tide. On the verge of defeat, the Polish Calvary rode strong into battle and defeated Lenin’s forces. The Polish-Soviet War had been won; Lenin conceded that it was a devastating defeat.

It became known as the Miracle of the Vistula, and the coincidence with the feast of the Assumption was taken as a sign of the protection of Mary, Queen of Poland. Hence Armed Forces Day is celebrated in Poland on the day of Mary’s Assumption.

From the Vistula to the Vatican

The battle that saved Polish liberty ensured that an infant born three months earlier, Karol Wojty?a, would grow up in a free Poland. The victory of 1920 meant that totalitarianism would not reign over Poland as the young Wojty?a matured. His youth prepared him for an adult life spent entirely under the twin evils of Nazism and Soviet communism. The Miracle of Vistula taught him that Providence could win mighty victories, as it would again when, as St. John Paul the Great, he vanquished communism and dismantled the Soviet empire.

The papal consequences of the Miracle of the Vistula were more immediate. In 1919, Pope Benedict XV had to send a papal representative — first a “visitor,” soon after a formal “nuncio” — to the new Polish state. The diplomatic corps did not have a Polish expert.

Benedict made the surprising choice of sending the head of the Vatican Library, Father Achille Ratti. He had previously been the head of the prestigious Ambrosian Library in his native Milan. It was thought that his great learning and facility with languages would help him navigate the situation in Poland.

Father Ratti was ordained a bishop in October 1919 in Poland. One of the consecrating bishops, Józef SebastianPelczar, would be canonized by Pope John Paul II on his own 83rd birthday in 2003. Bishop Ratti took as his motto a curious phrase from Job 6:15 —Raptim Transit— it means overflowing waters that “pass quickly” away. The context is Job speaking about his betrayal by his brothers; their treachery will not long endure.

Could Bishop Ratti have been thinking about the worldly powers that were threatening Poland and the Church?

The critical weeks of summer 1920 forged Bishop Ratti’s reputation as a courageous pastor. As the Red Army approached Warsaw, all the diplomatic delegations vacated the city. Only the British delegation remained, as did the determined apostolic nuncio, Achille Ratti.

His exemplary service impressed Pope Benedict XV, who named him archbishop of Milan, the most important see in Italy after Rome, less than a year later. In June 1921, Archbishop Ratti was created a cardinal. His tenure as archbishop of Milan was even briefer than his Polish sojourn; eight months later he was elected Pope Pius XI. It might have been the most rapid rise —raptim transit?— in the modern Church, 30 months from priest to pope. The Polish service was key to his transformation from librarian to universal pastor.

Preparing for the Polish Pope

In 1929, Pius XI concluded the Lateran Treaty with the Italian Republic, creating the Vatican City State and regularizing the status of ecclesiastical properties. One of those was the papal summer residence, Castel Gandolfo. Pius XI renovated it and made it suitable to use again.

In his private chapel, Pius XI installed an image of Our Lady of Cz?stochowa, Poland principal patroness, a gift from the Polish bishops recalling his years in Poland. He also commissioned for the chapel frescoes — the first frescoes for a papal chapel since Michelangelo completed his massive murals of the crucifixion of Peter and the conversion of Paul for the Pauline Chapel of the Apostolic Palace, just steps away from the Sistine Chapel.

The commission of was given to Jan Henryk de Rosen, a Polish patriot and artist whose first commissions were completed during Poland’s liberty in the 1920s.

Rosen, after emigrating to the United States during World War II, would complete the monumental“Christ in Majesty”depicted in the apse of the National Shrine of the Immaculate Conception in Washington D.C. He created the 14,000-square-foot mosaic in thecentral domeof St. Louis Cathedral in St. Louis, one of the largest mosaics in the world.

Rosen completed two frescoes for the lateral walls of the chapel. One depicted the fighting at Warsaw in the “Miracle of the Vistula” (pictured above).On the opposite wall was depicted the battle in 1655 at Cz?stochowa, when the Swedish armies laid siege to the shrine. The monks and a few hundred locals managed to survive for 40 days, and the monastery and the venerable icon of the Black Madonna were saved.

Thus the papal chapel at Castel Gandolfo became something of shrine to Providence at work in Polish history. St. Paul VI had the Rosen murals covered over, finding the military theme a bit too violent for his taste while at prayer. Upon the election of St. John Paul the murals were uncovered, as if the chapel had been prepared ahead of time for a Polish pope.

One imagines that daily looking upon the Rosen fresco of the Miracle on the Vistula, Pius XI himself remembered a moment that changed the course of his life. John Paul, looking upon the same, would have given thanks for his birth in a free Poland, and drawn strength for his battle to change history again.

It was the papal custom from Pius XI to Benedict XVI to spend August at Castel Gandolfo and thus to celebrate the Assumption there. While Pope Francis does not use Castel Gandolfo, it can be presumed that a candle will be lit today for the feast before those historic murals of Pius XI.