The People of Praise Community: What It Actually Is 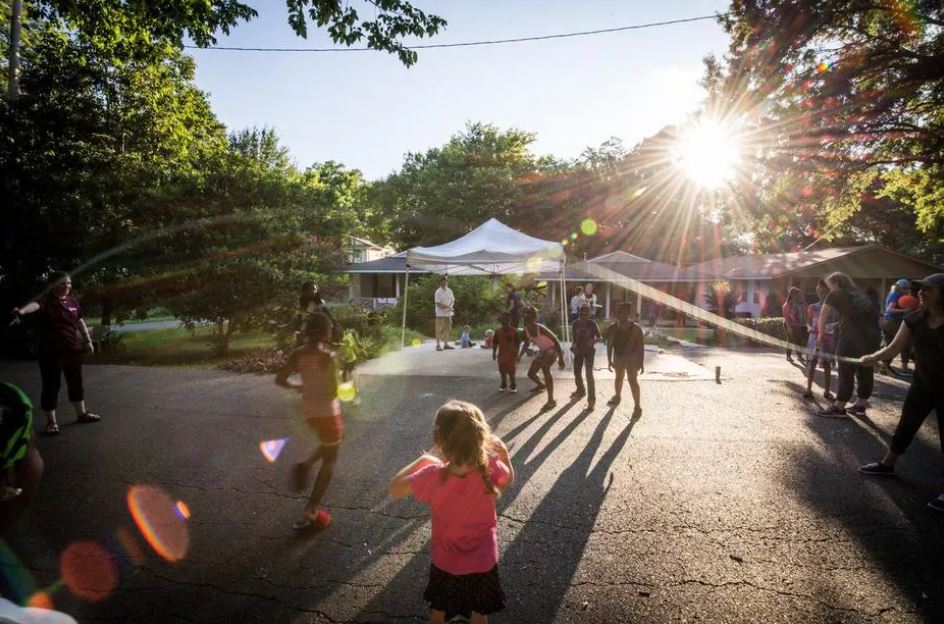 The People of Praise Community: What It Actually Is

Catholic Charismatic Renewal experts say that members of communities like the one associated with Amy Coney Barrett are ‘wonderful examples’ of how lay Catholics can live out their faith.

SOUTH BEND, Ind. — In the heady days that marked the birth of the Charismatic Renewal movement in the 1960s and 1970s, many Catholics and other Christians sought to deepen their faith by forming and joining covenant communities — including the People of Praise community that is reportedly associated with Judge Amy Coney Barrett.

Modeling their lives on those of the early Christians in the New Testament Book of Acts, some sold their houses, relocated and pooled resources to become part of communities that they hoped would offer them a greater degree of fellowship and support than might be found at a typical prayer meeting or Sunday Mass.

Although such communities have sometimes sparked controversy, one in particular has drawn attention recently because of its supposed ties to Barrett, a potential Supreme Court nominee who is said to be a member of thePeople of Praisecommunity based in South Bend, Indiana. However, as EWTN’s Raymond Arroyo pointed out Thursday onThe World Over,Barrett has not commented on whether she is affiliated with the group, although her family apparently has been. Sean Connolly, the group’s communications director, would say only, “People of Praise leaves it up to its members to decide whether to publicly disclose their involvement in our community.”

Still, the mention of Barrett as a leading contender for the seat vacated by the late Justice Ruth Bader Ginsburg has unleashed a flurry of stories, some characterizing the People of Praise as a cult and claiming that it inspired Margaret Atwood’sThe Handmaid’s Talebecause of its former use of the term “handmaid” to describe women leaders.

Founded in South Bend in 1971, the ecumenical People of Praise has 1,700 members in 22 cities in the U.S., Canada and the Caribbean. Members are Catholic, Anglican, Lutheran, Methodist, Pentecostal and nondenominational Christians, with each attending his or her own church in addition to community worship gatherings.

Although members do not take vows, after several years of prayer and discernment they can make a covenant, or permanent commitment, to the group indicating their support of the community. Each member also has a spiritual director or guide known as a head who provides practical and spiritual advice based on theSpiritual Exercisesof St. Ignatius.

Walter Matthews of theNational Service Committeeof the Catholic Charismatic Renewal movement and a former People of Praise member, estimates there are about 50 such communities in the U.S., most of them part of three major networks that include the People of Praise, the Sword of the Spirit and the North American Network of Covenant Communities.

Although he and his wife, Claire, left the community upon relocating to Virginia in 1990, Matthews said joining it was a good move for them. They first affiliated with a group in Minneapolis that merged with People of Praise and then joined the South Bend community when they moved there.

He said misunderstandings about such groups often arise when members do things like sell their homes and move, which can give the impression they are joining a “cult.” Another misconception is that by joining such a group community members may seem to have left the Catholic Church. However, Matthews said in the case of People of Praise, the community supports and encourages members in their individual congregational or parish commitments.

Ralph Martin, the president ofRenewal Ministries, who has been a member of a similar community called the Word of God in Ann Arbor, Michigan, said people typically join such groups because they want to live their whole lives for Christ and place everything under his Lordship.

“You can’t do it on your own,” Martin said. “You need to be part of a group that is encouraging you and helping you move in the right direction.”

For him, he said, “Being in the Word of God was a very important way of expressing full dedication to Christ, full commitment to the brethren and a way of living out the call of the Second Vatican Council to laypeople to live in holiness and participate in the mission of the Church.”

Martin said although a covenant community isn’t for everyone, every Catholic needs support and friendship in Christ. “Especially as the culture gets more secular, the only Catholics who are going to remain strong are those who have some support.”

He believes communities like People of Praise have been inspired by the Holy Spirit and are a sign of God’s call to the whole Church.

“They wouldn’t exist unless people were encountering the Lord and experiencing the Holy Spirit,” Martin said. “It’s the only way people would commit themselves to this very dedicated way of life.”

At the same time, though, he acknowledged that in the early days of such communities, there was a lot of youthful enthusiasm that needed to be tempered over time.

For example, he said, for several years Word of God members attempted to hold all things in common, but it became unworkable as they tried to decide such issues as whose children would get to take music lessons. “It was consuming too much time to justly administer the common goods. The communities definitely needed to mature over time, and they did.”

The current media fascination with Barrett’s presumed People of Praise affiliation can be traced to 2018, when her name was mentioned as a possible candidate for the Supreme Court seat now held by Justice Brett Kavanaugh.

To address the misconceptions about the community that circulated at that time, Connolly, the People of Praise communications director, published adocumenton such questions as the nature of the commitment many members make to the group, what is taught about the relationship between husbands and wives and the former use of the term “handmaids.” Connolly said the “handmaids” term had been chosen in the spirit of the Mother of Christ, who called herself “the handmaid of the Lord,” and that its use by the People of Praise predated the Atwood novel by a decade or more.

Media interest in the community has been such that Connolly said he was unable to respond to specific questions from the Register. “We have been absolutely swamped with inquiries,” he said in an email.

Fascination with Barrett’s possible membership in the People of Praise reflects the kind of questioning addressed to her during her 2017 Senate Judiciary Committee confirmation hearing for the 7th Circuit Court of Appeals. It was then that Sen. Dianne Feinstein, D-Calif., famously told her that“the dogma lives loudly within you, and that’s of concern.”

Martin said he believes there are those who would like to find anything they can to hurt Barrett’s potential nomination. “Whatever they find, they’re going to say, ‘Aha, she’s an extra-Catholic or extreme Catholic.’ But she’s just a Catholic like the rest of us are, which is what the Church is calling us to live.”

Still, Martin added that many people do not understand the Charismatic Renewal movement and the communities that grew out of it, nor do they understand what it means to be Catholic.

Furthermore, Martin said, the People of Praise are part of the papally-approved mainstream of the Catholic Charismatic Renewal, which has been encouraged by every pope since Vatican II, none more strongly than Pope Francis.

“The People of Praise community and the network of communities they are linked with are wonderful examples of lay Catholic initiative,” he said. “Among their leaders are Notre Dame physicists, doctors of theology and educators, both women and men. They started and run a collection of very successful Catholic schools. One of their members has been named auxiliary bishop in Portland, Oregon. They are absolutely not a cult, but a wonderful fruit of Vatican II and a real blessing not only for their members but for the communities in which they live.”

Religious Freedom Is On Your Ballo...