The People of the Bible Were ‘People of Praise’ 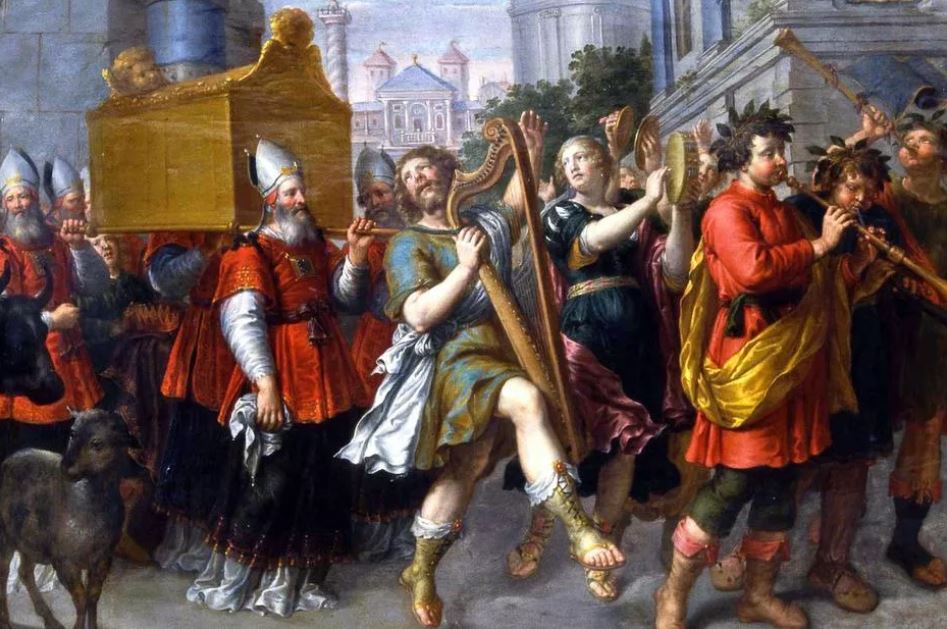 The People of the Bible Were ‘People of Praise’

“Charisms are to be accepted with gratitude by the person who receives them and by all members of the Church as well.” (CCC 800)

Someone commenting on my blog recently made a snide reference to “some lady jumping up and down and rolling around on the church floor” and automatically assumed that this was counterfeit or illegitimate.

But how would he know for sure that it isnotthe “real thing” (i.e., genuine spiritual experience), judging by a biblical worldview? There were some pretty strange things sanctioned by God. He told Hosea the prophet to marry a prostitute as an analogy of unfaithful Israel and God. He had the prophet Isaiah walk around naked. He spoke through a donkey to Balaam. He had a whale swallow the prophet Jonah.

People thought the first disciples and Christians on the Day of Pentecost were nuts when they received the Holy Spirit and spoke in other languages (Acts 2). A repentant woman washed Jesus’ feet with her tears. St. Paul teaches (1 Corinthians 14) that there is aprivate prayer languagethat others cannot understand.

King David was despised by his wife Michal for dancing wildly in joy before the ark of the covenant in Jerusalem. She thought he was “shamelessly exposing himself” in doing so (see 2 Samuel 6:14-22) and was punished by God for it. Many passages, especially in Psalms, refer to dancing before the Lord and being joyful; loudly shouting, singing, and playing praise music, corporate weeping, etc.:

1 Chronicles 15:28(RSV) So all Israel brought up the ark of the covenant of the LORD with shouting, to the sound of the horn, trumpets, and cymbals, and made loud music on harps and lyres. (cf. 2 Chronicles 15:14; 20:19; Nehemiah 9:4)Ezra 3:10-13And when the builders laid the foundation of the temple of the LORD, the priests in their vestments came forward with trumpets, and the Levites, the sons of Asaph, with cymbals, to praise the LORD, according to the directions of David king of Israel; [11] and they sang responsively, praising and giving thanks to the LORD, “For he is good, for his steadfast love endures for ever toward Israel.” And all the people shouted with a great shout, when they praised the LORD, because the foundation of the house of the LORD was laid. [12] But many of the priests and Levites and heads of fathers’ houses, old men who had seen the first house, wept with a loud voice when they saw the foundation of this house being laid, though many shouted aloud for joy; [13] so that the people could not distinguish the sound of the joyful shout from the sound of the people’s weeping, for the people shouted with a great shout, and the sound was heard afar.Psalm 47:1Clap your hands, all peoples! Shout to God with loud songs of joy!Psalm 95:1-2O come, let us sing to the LORD; let us make a joyful noise to the rock of our salvation! [2] Let us come into his presence with thanksgiving; let us make a joyful noise to him with songs of praise! (cf. 33:3)Psalm 98: 4, 6Make a joyful noise to the LORD, all the earth; break forth into joyous song and sing praises! . . . [6] With trumpets and the sound of the horn make a joyful noise before the King, the LORD! (cf. 100:1)Psalm 150:3-5Praise him with trumpet sound; praise him with lute and harp! [4] Praise him with timbrel and dance; praise him with strings and pipe! [5] Praise him with sounding cymbals; praise him with loud clashing cymbals!

What part of all thatmustbe disagreed with by any Christian who believes in biblical inspiration? It may indeedpossibly(in any given case) be mere uncontrolled emotions in play (as opposed to a true manifestation of the Holy Spirit); on the other hand, this may alsonotbe the case. It’s notautomaticallydiscounted because it’s “weird” and “eccentric” to our eyes. Back to the “strange” biblical parallels…

The Church may, of course, regulate as towhereandwhenandhow muchbehavior of this sort is permissible within the parameters of liturgy and the Mass (much of it may be able to be expressed — and permitted — for example, in prayer meetings rather than the Mass or a Protestant service), but regulation and discussions about prudence and propriety are not prohibition.

The fact remains that Holy Mother Church has taught that all the spiritual gifts are still in operation, and has expressly sanctioned and permitted charismatic Catholicism, as long as it is not contrary to anything else in the faith. The Catechism of the Catholic Church (no. 800) summarizes the view of the Church:

Charisms are to be accepted with gratitude by the person who receives them and by all members of the Church as well. They are a wonderfully rich grace for the apostolic vitality and for the holiness of the entire Body of Christ, provided they really are genuine gifts of the Holy Spirit and are used in full conformity with authentic promptings of this same Spirit, that is, in keeping with charity, the true measure of all charisms (cf. 1 Corinthians 13).Grace is first and foremost the gift of the Spirit who justifies and sanctifies us. But grace also includes the gifts that the Spirit grants us to associate us with his work, to enable us to collaborate in the salvation of others and in the growth of the Body of Christ, the Church. There aresacramental graces, gifts proper to the different sacraments. There are furthermorespecial graces, also calledcharismsafter the Greek term used by St. Paul meaning “favor,” “gratuitous gift,” “benefit.” (cf.Lumen Gentium12) Whatever their character — sometimes it is extraordinary, such as the gift of miracles or of tongues — charisms are oriented toward sanctifying grace and are intended for the common good of the Church. They are at the service of charity which builds up the Church. (cf. 1 Corinthians 12) [see also nos. 688, 799, 801, 951, 1508]

UK court to review Down Syndrome a...