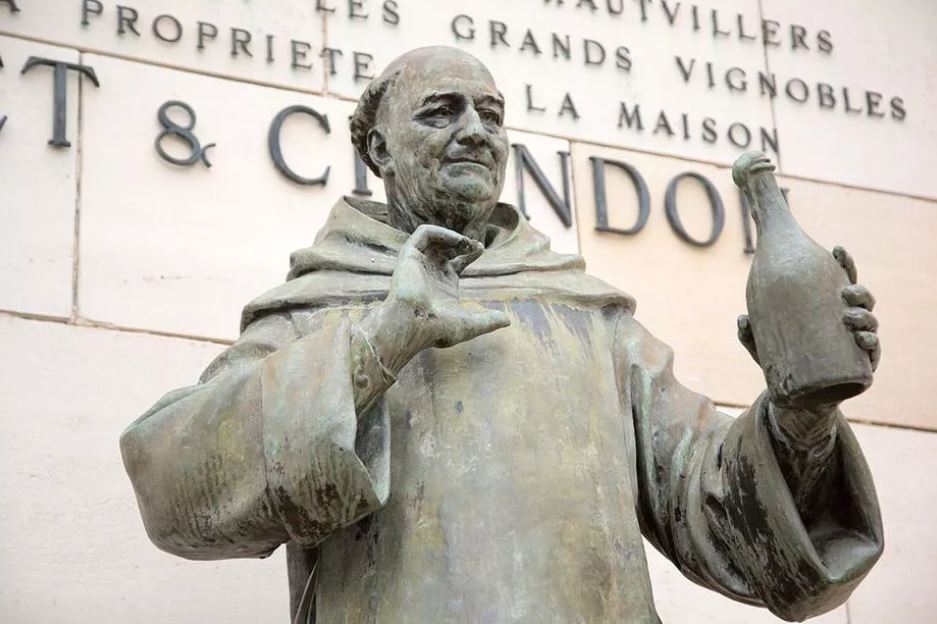 While Dom Pérignon is not the direct inventor of the world-famous champagne, he made its creation possible thanks to his pioneering work in the production of a high-quality white wine.

A little more than three centuries after his death, Dom Pierre Pérignon remains one of the most famous monks of history because of his incredible contribution to the culinary heritage of his country, France, and then to a worldwideart de vivre.

The aura of mystery surrounding his life and work, however, have been giving rise to countless stories and legends over time, many of which don’t correspond to reality.

In fact, contrary to a widely spread belief, he didn’t invent champagne. It is to a woman, known asWidow Clicquot, that we owe the delicious golden-bubbly drink that we know today. And it was not before the 1810s — almost one century after the Benedictine monk’s death — that she developed the novel technique that enabled her to master the so-calledsecondary fermentationprocess inherent to white wines of theChampagne regionof France whose sparkling effect has long been celebrated.

So what, then, are the reasons of his unsinkable international fame?

“Dom Pérignon may not be the direct inventor of the champagne we know today, but he brilliantly paved the way to its creation by making a white wine of unparalleled quality for his time,” historian Jean-Baptiste Noé, author of the bookHistoire du vin et de l’Eglise(History of Wine and the Church), said in an interview with the Register.

Born in 1638, Pérignon was in his early 30s when he entered the BenedictineAbbey of Hautvillers(in the Champagne region, northeastern France), where he served as cellarer until his death, on Sep. 24, 1715. At the time of his arrival to the abbey, the region used to produce low-end wines that were shunned by the French court, which generally preferred intense and colorful red wines from Burgundy and Bordeaux.

To make matters worse, the world was experiencing a so-calledLittle Ice Age, which made the production of wine even more difficult in northern regions during winter.

But despite all these external constraints that he had to face, Dom Pérignon was inventive and resourceful enough to make his region rise to the level of the greatest wine-growing regions in only a few years, focusing on the production of white wine.

“First of all, he addressed the climate issues by developing the pinot noir grape, which is more resistant to cold, and he also used to make blends of grape varieties, mixing pinot noir with chardonnay, for instance, in case of a less favorable year for one of the grape varieties,” Noé said, adding that the monk was also the first to have blended wines from different years in order not to suffer hazards of climate and thus ensuring consistent quality.

But his pioneering role in the wine-making sector is wider than this. He also understood the influence of sun and the role of the geographic orientations of the different parcels of vines in the wine’s final taste.

“He was the first to blend the parcels of vines in order to obtain the best possible quality, bearing in mind that a greater exposition to sun makes wine sweeter, while the less exposed parcels produce more acidic flavors.”

It is then on the basis of this extraordinary know-how that the Widow Clicquot could elaborate the “champagnization” process that would popularize the world-famous sparkling wine.

Although effervescent wine already existed at the time of Dom Pierre Pérignon, it was considered faulty by winemakers. The wine of Champagne, because of the region’s northern climate, stops fermenting with the first cold in October and ferments a second time in springtime, which causes the formation of bubbles.

Another problem of this double fermentation, as Noé recalled, was the fact that the dead yeasts from the first fermentation caused a deposit formation into the barrels, making the wine unpleasant to drink.

“Dom Pérignon actually tried to correct this undesired sparkling effect that the French aristocracy didn’t like, notably by using pinot noir, which was less subject to re-fermentation.”

“But for his English customers, who were very fond of this sparkling effect,” he added, “he used to improve, as much as possible, the quality of the wine and to send it to England as it was.”

As Dom Pérignon undertook to develop his monastery’s production of wine to address its financial difficulties, his strong business sense turned out to be a true blessing for his community.

His white wines were sold in Paris and London — his barrels being rapidly delivered to the French capital thanks to theMarne River— and his fame quickly spread. Spurred on by his success, he gave his name to his products, which had the effect to boost their value.

“The wine bearing his name was sold twice the price of a classic champagne wine because people knew that Dom Pérignon’s products were the best,” Noé continued. “It was the first time that a wine was identified with its maker only and not simply with its region of origin or with a religious order.”

In this sense, the Benedictine monk achieved a real marketing coup around his personality, which is considered to be a first in economic history. His accomplishments, which enabled the abbey to double the size of its vineyard holdings, were then further consolidated and developed by the wine-making monk’s successor and disciple, Dom Thierry Ruinart, who gave his name to the prestigioushouse of wines of Champagnethat his nephew founded in his memory in 1729.

The two monks who did so much for the world of wine are buried next to each other in the abbey church of Hautvillers, where wine connoisseurs still come from around the world to pay their respects.

“Their dynasty was grandiose — Jean-Baptiste Noé concluded. The Ruinart Champagne House now belongs to luxury group LVMH, and Dom Pérignon is a greatbrandof vintage champagne. Even if there is still a lot of confusion regarding their role in the invention of champagne, it is still only fair to acknowledge their authorship of this great wine.”