The Spiritual and Moral Effects of Mankind’s Fall 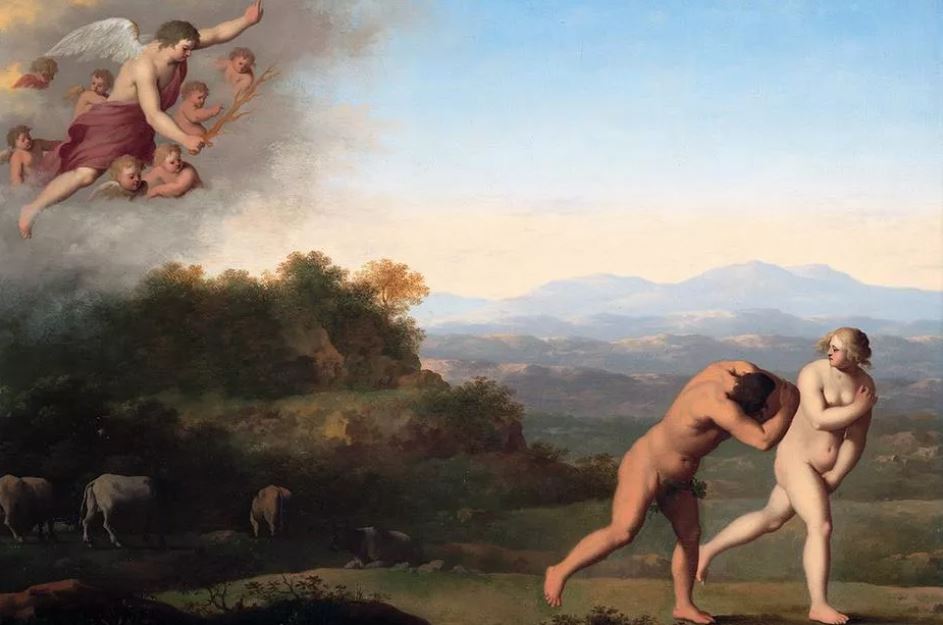 The Spiritual and Moral Effects of Mankind’s Fall

“As a result of original sin, human nature is weakened in its powers, subject to ignorance, suffering and the domination of death, and inclined to sin…” (CCC 418)

Our species, most beloved of all of God’s creation, was separated from him at the Fall, making us incapable of perfect communion and fellowship with God this side of Heaven.

A telling passage in Genesis is when God finds Adam and Eve hiding and he asks, “Where are you?” As God is omniscient, the sentence can’t be understood as a serious interrogatory. Rather, it is a lamentation, as if God were rhetorically asking, “What have you done?” conveying the seriousness of their betrayal of him. With their rebellion, Adam and Eve had severed their relationship with the Almighty. In having their eyes opened in sin and noticing that they are both naked they became aware of their sin and were ashamed before him (Genesis 3:8-10). Our First Parents had to conceded that they realized their nakedness upon breaking their agreement with God regarding the Fruit of the Tree of Knowledge. It’s interesting to note that the only other named tree in the Garden of Eden was the “Tree of Life.” It was that tree that would ultimately offer the medicine fallen human beings need. That tree ultimately become Christ’s Cross and the cure of our separateness from God (2 Corinthians 5:21).

Because of the Fall, death became a reality, and all creation was subject to it (Romans 8:20). All physical life ultimately dies. The “whole creation groans” (Romans 8:22), waiting for Christ who will return to liberate it from the effects of death and decay.

Because of sin, death is an inescapable reality, and no one is immune. “For the wages of sin is death, but the gift of God is eternal life in Christ Jesus our Lord” (Romans 6:23). Worse still, we not only die, but if we die without Christ, we experience eternal death.

After Adam and Eve partook of the forbidden fruit, God tells Adam, “By the sweat of your face you shall eat bread, till you return to the ground, for out of it you were taken; for you are dust, and to dust you shall return” (Genesis 3:19). Turning to Eve, God then said that only through pain will she have children.

When humanity rebelled against the Creator, he lost his innocence, incurred the penalty of physical and spiritual death, and his mind was darkened by sin, as are the minds of his successors. In his Epistle to the Corinthians, Paul warns them that “the god of this age has blinded the minds of unbelievers so that they cannot see the light of the Gospel of the glory of Christ, who is the image of God” (2 Corinthians 4:4). The Fall put us in darkness. For this reason, Christ announces that he is Light of the World (John 12:46). Paul assures the Ephesians that, prior to Christ, they lived in darkness but now that they are baptized, they live in the Lord’s light (Ephesians 5:8). In our darkened Cosmos, we are subject to Satan (Acts 26:18). God saves us by bringing His light to us (John 8:12).

The Fall was a result of Adam and Eve’s sin (Romans 5:12). Paul spoke of those “whose consciences are seared” (1 Timothy 4:2). We are spiritually darkened as a result of rejecting the truth (Romans 1:21). As Paul reminds us, “The sinful mind is hostile to God. It does not submit to God’s law, nor can it do so” (Romans 8:7).

Consider the effect of sin on Cain. Cain more violently mirrored the effects of the Fall than what occurred to Adam and Eve. Cain was afflicted with pride, jealousy, envy, anger and an abject lack of love. His hate led Cain to kill his brother Abel (Genesis 4:1-16). At the Fall of our First Parents, mankind is now irretrievably linked to sin. We are not sinners because we sin — rather, we sin because we are sinners. It is our ineluctable and unfortunate nature.