The Ukrainian Confessors and Martyrs Under Atheistic Socialism 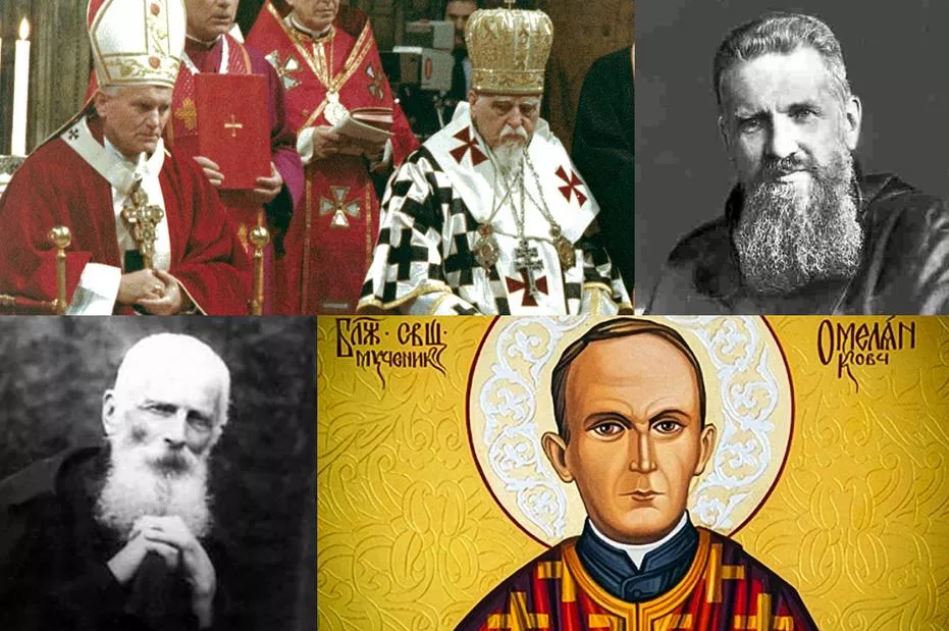 The Ukrainian Confessors and Martyrs Under Atheistic Socialism

There has been a lot of media coverage about the unfortunate rise of socialist ideology in the United States. Any student with a basic knowledge of world history will know that socialist regimes are responsible for tens of millions of deaths. Nazi Germany, the USSR, China, Cuba — the list goes on and on and the stories of human suffering under these regimes are countless.

But there is a danger in collapsing the many heroic tales into generalities and so to lose the connection with the names and the faces that lost their lives standing up to tyranny. Among the most persecuted were Ukrainian Catholics. I take this opportunity to relay a few of their stories to give readers some concrete examples of heroic suffering at the hands of the deadly socialist experiment.

I understand that you are pursuing my release. However, I beg you not to do anything in this matter. Yesterday, they killed 50 people. If I am not here, who will help the prisoners to go through these sufferings? … I thank God for his goodness to me. Besides heaven, this is the only place where I would like to be. Here, we are all equal — Poles, Jews, Ukrainians, Russians, Latvians, Estonians. Of all the people here, I am the only priest … Here I see God who is one and the same for all, despite the religious differences existing among us … When I serve the Divine Liturgy, they all pray together. [Persecuted for the Truth: Ukrainian Greek-Catholics Behind the Iron Curtain]

These are the words of Blessed Omelian Kovch, who was martyred in Majdanek concentration camp in February 1944. Father Omelian was a married Ukrainian Catholic priest, father of six children, and dedicated his wartime service to helping the poor, the orphans, and assisting the Jews by providing them with baptismal certificates. He was beatified in 2001 by Pope St. John Paul II and was named “Righteous Among the Nations” by the Jewish Council of Ukraine in 1999. His is an example of a heroic priestly life lived to the fullest.

The Sheptytsky brothers (Klymentiy and Andrey) are among the most recognized and influential Ukrainian Catholics of the 20th century. Blessed Klymentiy was a Studite monk, archimandrite, and head of the famous Univ Lavra in Lviv. During World War II, he and his brother hid Jews among the monks of the monasteries of the Studites and arranged travel plans to aid in their escape to safer regions. They worked in close collaboration with Blessed Omelian. Blessed Klymentiy was beatified by Pope St. John Paul II in 2001 and named “Righteous Among the Nations” by the state of Israel in 1995 for his assistance to the Jewish people. His is an example of the power and witness of the monastic life even amid times of trial.

Metropolitan Andrey Sheptytsky was the Metropolitan-Archbishop of Lviv, who as a student, had learned Hebrew to more closely relate to the local Jewish community. As archbishop, he issued the pastoral letter “Thou Shall Not Kill” in protest of the atrocities committed by the Nazis and personally wrote to Adolf Hitler and Heinrich Himmler protesting the persecution of the Jews. As a pastor, he fought for the rights of the Ukrainian Catholic Church against incursions by the Polish Second Republic and the local Latin hierarchy. He wrote pastoral letters on the importance of church singing and contributed to the renewal of Ukrainian Catholic monastic life. He was declared venerable by Pope Francis in 2015 and the Sheptytsky Institute is named in his honor. His is the example of a courageous shepherd fighting for his flock and keeping the wolves at bay.

In 1946, the Soviets convoked the sham “Synod of Lviv” in an attempt to force Ukrainian Catholics to join the Russian Orthodox Church. Slipyj rejected every forced attempt to have him break union with Rome and suffered greatly for it at the hands of his Soviet captors. In 1978, at the inauguration of Pope John Paul II, the Pope rose to greet Slipyj in a gesture of honor that broke protocol.

In an address given on Oct. 17, 1978, Slipyj wrote, “We Ukrainians rejoice in the election of a Slavic Pope … because, as a member of the suffering Polish Church, he knows what it means to suffer, to be persecuted, to have no rights. He knows what atheistic communism is, and he also knows what it is to thirst for the truth.”

Slipyj was named Major Archbishop in 1963, a title created for Slipyj, and a cardinal two years later. His cause for canonization is ongoing. His is an example of patient endurance and suffering with grace.

There are thousands of other stories of suffering and heroism at the hands of atheistic socialism. What is common in the lives of the Ukrainian martyrs and confessors is their unwavering commitment to the truth. As Catholics, we know that the truth is not an abstract idea like socialism. Rather, it is a person. It is Jesus Christ. No matter what direction our world goes in we are bound to Christ and he to us!

Martyrs and Confessors of the Ukrainian Catholic Church, pray for us!

New Blessed Martyrs of the Spanish...

The Memory of the Last Chaplain to...