The Vatican’s ‘Understandable Gamble’ on China 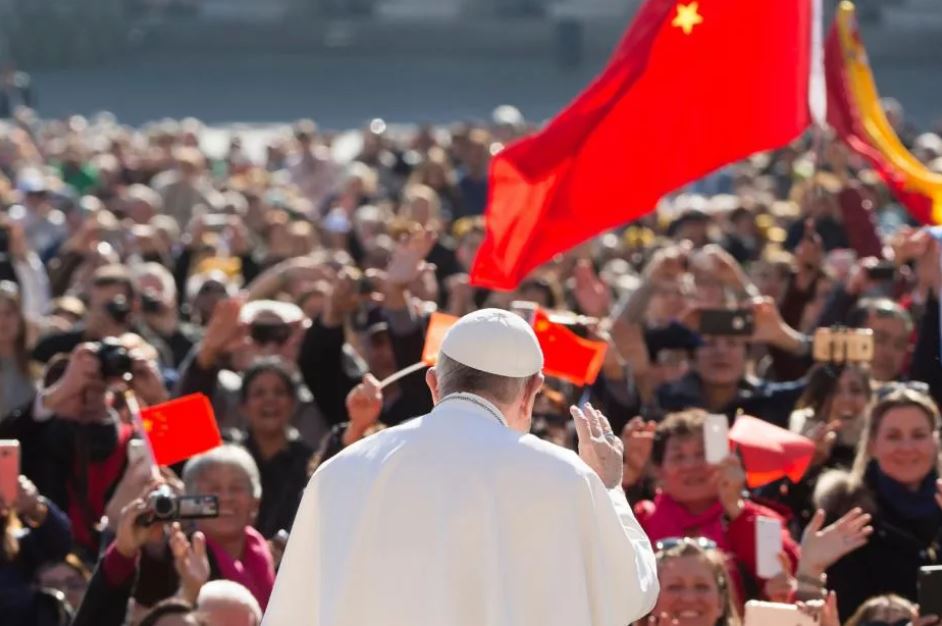 The Vatican’s ‘Understandable Gamble’ on China

China experts react to arguments in favor of the Vatican’s controversial provisional agreement on the appointment of bishops, which is up for renewal this month.

VATICAN CITY — As the Holy See looks set to renew its contentious provisional agreement with China on the appointment of bishops, an American expert on China has become one of the few commentators to publicly defend the deal, arguing that previous methods at improving relations had failed and the Vatican was left with no choice.

Ian Johnson, a Pulitzer Prize-winning author and journalist forThe New York Timesand theNew York Review of Bookswho has spent much time in the country,toldthe Austrian radio station ORF Sept. 2 that the “status quo”that existed before the agreement “did not work” and that “critics must also recognize that the old method did not succeed, that it failed.”

Johnson added that the agreement also came at a time when there were “fewer and fewer priests and fewer and fewer religious people in China.” The Church, he said, “was in freefall.” He argued that it was “fine to criticize the Pope, but people must also understand that he had to act and try something to counteract this reality.”

Precise details of the provisional agreement, which comes up for renewal on Sept. 22 two years after it was signed, have still to be published but it is thought to give more powers to the Chinese authorities to appoint new bishops. The Pope is believed to be able to veto their choices, though not unlimitedly.

Since the Chinese communist revolution of 1949, the Church in China has been split between the “underground” Church, in full communion with Rome, and the state-run Chinese Catholic Patriotic Association. The Vatican has hoped that through the agreement a new process could begin that would heal these long-running divisions by bringing unanimity over the appointment of bishops, and help further “the full communion of all Chinese Catholics.”

Cardinal Pietro Parolin, the Vatican secretary of state who spearheaded the provisional accord,saidit was “an act of faith,” and that the aim was “to avoid having bishops not in communion with the Holy See.” He hascomparedthe process to inculturation, which he sees as “complementary” to China’s “sinicization” — a policy of bringing non-Chinese religions under the influence of Chinese culture that has been mandated since Chinese President Xi Jinping assumed power in 2013.

But the Vatican has yet to give detailed reasons for the agreement. Archbishop Claudio Maria Celli, also a key figure behind the deal,saidin June that the Vatican “should probably reconfirm it for one or two years” but did not explain why beyond the “need for respect” and for “mutual understanding” between the Catholic Church and China.

Johnson, however, argued that the Vatican’s “understandable gamble” to sign the agreement came about because of increasingly difficult circumstances. “When it is difficult to consecrate bishops, or to ordain priests, or when you do not have legitimate priests to keep the Church going, it becomes very difficult for the Church to progress,” he said.

He conceded that the agreement “has not yet worked as the Vatican had hoped” but he believed it is too early to make a final judgment. He hypothesized that if an agreement with China had been made 20 or 30 years ago, it would be possible to see success now, echoing Cardinal Parolin’scallin 2019 to take a longer perspective given that “history was not built in one day; history is a long process.”

Father Bernardo Cervellera, the director of AsiaNews who has served as a missionary in China, noted that the “old method” Johnson mentions — the Vatican’s tough stance on religious freedom without the help of formal diplomatic relations — had certainly led to a “very difficult situation,” such as illegitimate bishops and priests and division, but he did not understand how that approach was a failure except in a diplomatic sense.

He acknowledged that the agreement saved the Catholic Church from “an avalanche of illegal bishops,” which Beijing had promised to appoint in January 2018. But he said “one should not lower one’s guard over religious freedom and the evangelization of China” and noted that despite the difficulties, the Church “lived on” and every year celebrated around 100,000 baptisms.

“The interest of the Church is not only to strengthen the Church in the long term, it is also to bear witness to justice and peace in society,” he said, referring to Pope Benedict XVI’s 2007Letter to Chinese Catholics. And yet the agreement “is not helping the Church to find a way to evangelize China,” he said, and due to the “delicate” desire to improve diplomatic relations, the Vatican has been silent about violence against clergy and laity.

The agreement coincided with theworst crackdownon religious freedom since the human right was written into China’s constitution in 1982. Since the agreement was signed, the situation has worsened: The country’s authorities havearrestedandjailedpriests,destroyedchurches andshrines, and imposedsurveillance controls and restrictions.Meanwhile, the Pope and the Vatican have remainedsilent, also about hundreds of thousands of Muslim ethnic Uyghurs detained in government re-education camps.

Some critics of the agreement are not convinced by Johnson’s case, especially given this current situation in China.

“The Vatican should always be ‘acting’ to support the Church, especially where it is being persecuted,” said China expert Steven Mosher, president of the Population Research Institute. “But to say that it had to, in effect, ally itself with a communist regime in order to solve the shortage of bishops and priests seems counterintuitive.

“Surely,” he added, “the Pope can name as many bishops as he wants, while they in turn can ordain the required number of priests. To imply, as some have, that he needs the support of the CCP [Chinese Communist Party] in this endeavor seems an unnecessary concession of papal authority.”

As for the need to be patient and take a long-term view, Mosher, author ofBully of Asia: Why China’s Dream Is the New Threat to World Order, said in “20 or 30 years the CCP may be gone; I rather doubt that the Chinese faithful will look back favorably on the agreement at that time.”

Regarding the Vatican achieving its own goals from the agreement, critics say these, too, have been elusive. Since it was signed no new episcopal appointments have been made. The five episcopal ordinations that have taken place since September 2018 “were already in the works,” said Mosher. The latest appointment, that of Bishop Jin Yangke, who wasinstalledas bishop of Ningbo Diocese in Zhejiang province in eastern China on Aug. 18, had also been made much earlier, as he was secretly ordained coadjutor bishop of the diocese in 2012.

Some hope may surround a modified oath of allegiance one of the five bishops took, which instead of swearing to work for an “independent, self-governing church” promised instead to be faithful to the “one, holy, Catholic and apostolic Church.” But Mosher said “time will tell” if the change is a sign of better times, or a “strategic deception.”

From Beijing’s point of view, the agreement has also been challenging, according to Johnson, who said the regime has found it “very difficult” to allow an external organization like the Vatican to determine clerical affairs in China — a factor that perhaps explains why state media havesaidvery little publicly about the deal.

“The interests of the Vatican and those of China differ widely,” he said, but both he and Father Cervellera agree that one motivating factor for Beijing is the elimination of the underground Church.

Father Cervellera also believes Beijing wants the deal because, through it, it can isolate Taiwan, which currently has full diplomatic ties with the Holy See (the Holy See is one of only 15 nations — and the only state in Europe — to have full diplomatic ties with Taiwan). China has always had a territorial claim on the country and currently appears to bestepping up the pressureagainst the democratically-run island nation.

“This, in the end, is the reason why the Chinese Foreign Ministry is so eager for relations with the Vatican,” Father Cervellera argued, and pointed out that at the same time, the United Front, a network of groups and key individuals influenced or controlled by the CCP, “is the absolute enemy of this agreement and is doing everything it can to boycott it.”

Beijing is nevertheless publicly giving the agreement a positive spin. In a rare statement about the accord on Sept. 10, Zhao Lijian, a spokesman for the Chinese Ministry of Foreign Affairs,claimedthe provisional agreement had been “successfully implemented” and both sides would “continue to promote the process in favor of improving relations.”

Johnson believes that the length of the process of unifying the Church will be determined by these challenges on both sides. The Vatican, he said, hopes the divisions will be overcome and “the Church become younger, more flexible, stronger.” But he believes it will not be an easy task because the distrust towards the official church remains great.

“There is a lot of distrust in the same city, in the same village, between the underground Church and the state church,” Johnson said. “It is unrealistic to think that they will all become one. It will take a long time.”

Father Cervellera agreed with Johnson that Pope Francis took an “understandable gamble,” but he said it is “very risky” precisely because the “interlocutor is not credible” and wants the “suppression of religions, or their total control.”

“How do you dialogue with he who wants to suppress you?” Father Cervellera asked. “Perhaps it’s better just to pray for him, even from inside a prison.”

Our Lady of Fatima Appeared on the...