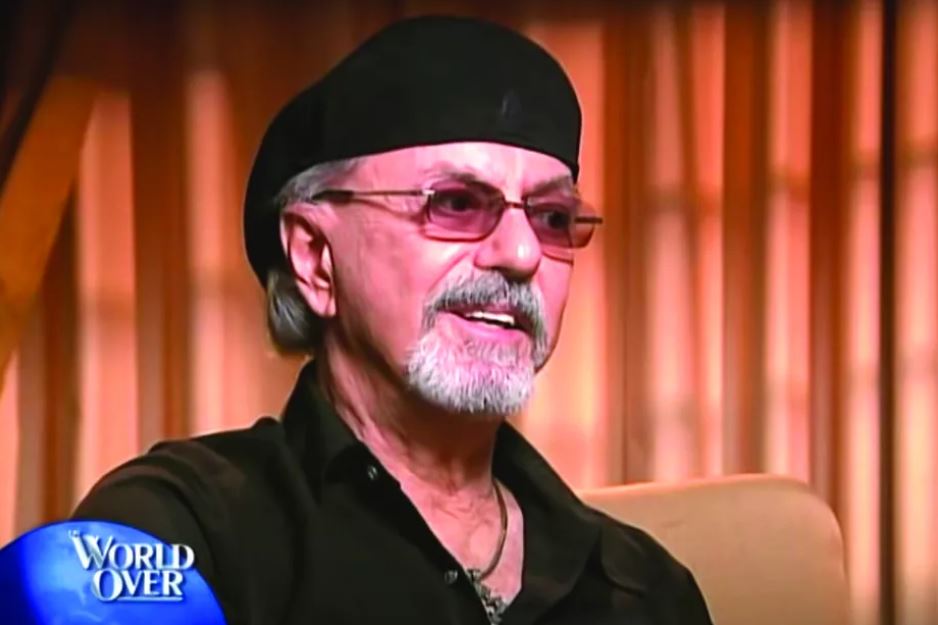 Few rock stars are known by a single moniker.

Speaking to the Register this summer from his home in Fort Lauderdale, Florida, where he was self-isolating with Susan, his wife of 57 years, Dion talked frankly about fame, fortune and his Catholic faith.

Since Dion burst out of the Bronx in the late 1950s, his street-wise, smart-guy persona was vinyl gold. Initially fronting Dion and the Belmonts, he quickly enjoyed chart success with Doo-wop classics such asTeenager in LoveandWhere or When.

Soon, though, it was Dion without the Belmonts — and this time the singer’s trajectory was much higher. Hit songs in 1961 such asThe Wanderer,Runaround Sueand the 1963Ruby Babymoved Dion to another level of rock ‘n’ roll celebrity. The swaggering hard case of Dion’s most famous songThe Wandereris, he says, an archetype with doubtless more than a hint of parody mixed in. Yet with it and other hits Dion inspired a whole generation enamored with the new sounds of rock ‘n’ roll. By 1967 Dion appeared amongst other influential cultural figures on the album cover of The Beatles’Sgt. Pepper’s Lonely Hearts Club Band.

By the end of the ’60s, however, Dion’s image was changing further. Moving with the times, he penned socially aware classics such asAbraham, Martin and John, later recorded by Marvin Gaye.

As for so many of his contemporaries, Dion’s heady success came at a price. In his case, it took the form of heroin addiction. When his friend and fellow Doo-wop singer Frankie Lymon died from a drug overdose, Dion was devastated. On hearing the news, he remembers saying: “God, help me.” Then Dion fell to his knees and really did pray: “I need some help.”

“I’m a big believer in what Aquinas says about when you don’t have God in your life you have to fill it with something,” Dion observed to the Register. “And there are four great temptations, typical addictions: wealth, pleasure, power and honor. They are not bad things in themselves, but when you are trying to fill yourself up with them, you’ll be miserable because it does not give that deep sense of peace, joy, confidence — the beauty of being home and that tranquility. Once you are centered [on faith] and God is your friend, he shapes your desires for these things. When I was trying it (wealth, pleasure, power and honor), it was disastrous!”

Drugs brought Dion to his knees, and, shortly after, he embraced evangelical Christianity. He came back fully to his Catholic faith in the late 1990s, after a chance viewing ofTheJourney Homeon EWTN, followed by a visit to his old Bronx parish, Our Lady of Mount Carmel, for Dion Francis DiMucci was born in 1939 to an Italian Catholic family. His father, Pasquale DiMucci, was a vaudeville entertainer. It was through his father that Dion developed a love of music: first country and then later the Blues and Doo-wop.

Faith on the Record

Although it was an Italian home, Dion remembers his Catholic faith as peripheral to it: “My aunts were like holy women; they were beautiful women. My mother was not a churchgoer, but she was virtuous. I never saw her pray or anything like that. We never had any religious items around the house.”

Soon, Dion was singing in local clubs. By 1957, he had a recording contract; records were released, and hits followed. Although, later, Dion was fortunate to escape being just another rock ‘n’ roll drug casualty, he was even more fortunate in the winter of 1959.

In February of that year he was touring as part of a number of acts known collectively as the Winter Dance Party. A concert had just finished in Clear Lake, Iowa. Some of those who had performed that evening discussed flying to the next booking in Minnesota. Dion felt the $36 ticket price was more than he was willing to pay and opted instead to continue on the tour bus. That night a tiny single-engine plane took off. It later crashed, killing all on board, including Buddy Holly, the Big Bopper and Ritchie Valens. Looking back, Dion simply says that the incident made him question everything: “Why me? Why did I say ‘No’? Why am I here? What’s life about?”

Having escaped death, Dion has been single-minded in pursuing his own life path ever since. Today, at 80 years old, Dion is still making music.

“You don’t know how much fun it was to make this album,” Dion told the Register. “This album was like riding a cloud — no stress involved at all. It was amazing because sometimes making an album can be excruciating. … [This time] the songs came. I wasn’t under pressure. I was writing them as they came to me. I decided to record them. I went into the studio and knocked these tracks out in three days. I just sat down with the guitar and sang maybe six songs one day, six the next, two the next. A lot of them are just one take.

So, then, day to day, how does Dion express his Catholic faith? “Mass is the source and summit, like they say.”

“But you know, I’m a funny person,” he added, of his prayer life. “I wish I could say that I pray one hour a day, but I don’t. I do have the Lord on my mind all day long, though. He walks in fellowship together [with me]. I’m so grateful for this relationship for the past 40 years. I love teaching and learning, fleshing out the stories in the Bible. They make [things] practical so I can deal with difficult people and deal with myself.”

Being such a public Catholic, does Dion talk about his faith with fellow musicians? “I’m always about that. Paul Simon loves to talk about these things. I was singing about God when I was 16 years old, and I didn’t know God from a hole in the wall. I was a weird kid: I was into God and into music,” Dion remembered. “People are like twisted mystics” many times. “We talk about God, and we’re not even conscious of him, but he’s there.”

“The Psalms are songs, and if you had to retitle them you’d call them the Blues — the naked cry of the human heart longing to be in union with God. That’s the Blues. The Blues are a community; you’re never alone with the Blues. So I have wonderful conversations with these artists.”

Dion sees his talents as a gift, one closely linked to his faith: “It’s all a gift. This album, I kept telling my wife, is a gift. He’s doing it. Don’t get me wrong: I’m part of this, but I felt this is a gift.”

“But there is a frightening part to the gift,” he explained of the pitfalls of fame. “You can get so excited over the gift: You get the girl, the car, the condo and the bank account. And then you can say: ‘Who needs God?’ The gift can take you out. Look at Solomon. You still have free will. So he [God] may be giving you everything you want, but you better stay close [to God] at that time, as you need him more then ever in those times.”

And, as if to prove his point, he simply added: “Just read the tabloids.”

For Dion, faith is certainly a gift, but one to which one must make a response: “It is a free gift, but in some small way you have to say ‘Yes.’ You have to be open. You think if you gave someone unconditional love they’d receive that, but they push back. You still have to say ‘Yes’ to the gift.”

The longtime rock star speaking today exudes a sense of peace and purpose. He summed this faith-focused attitude up: “Open my brain, you’d see a peaceful and ordered mind. When you’re living in God’s presence, it is a beautiful thing. There is nothing like it — peace of mind. So many people are seeking that, but they won’t come to him [God].” Dion’s advice to any Catholic thinking of a career in music is to focus on God. “Keep him at the center of your life. Otherwise, you get lost, [and] it ain’t pretty. He is the source of all creativity. It’s wonderful to identify with Christ.”