The Year of St. Joseph: What Catholics need to know 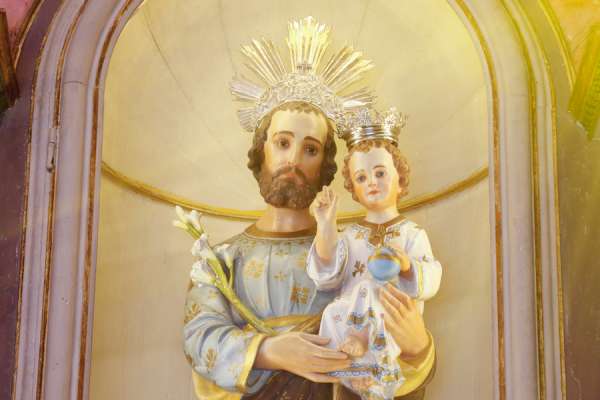 The Year of St. Joseph: What Catholics need to know

Pope Francis said he was establishing the year so that “every member of the faithful, following his example, may strengthen their life of faith daily in the complete fulfillment of God’s will.”

Here’s what you need to know about the Year of St. Joseph:

Why does the Church have years dedicated to specific topics?

The Church observes the passage of time through the liturgical calendar – which includes feasts such as Easter and Christmas, and seasons such as Lent and Advent. In addition, however, popes can set aside time for the Church to reflect more deeply on a specific aspect of Catholic teaching or belief. Past years designated by recent popes include a Year of Faith, Year of the Eucharist, and Jubilee Year of Mercy.

Why did the Pope declare a year of St. Joseph?

In making his declaration, Pope Francis noted that this year marks the 150th anniversary of the saint’s proclamation as patron of the Universal Church by Pope Pius IX on Dec. 8, 1870.

Pope Francis said the coronavirus pandemic has heightened his desire to reflect on St. Joseph, as so many people during the pandemic have made hidden sacrifices to protect others, just as St. Joseph quietly protected and cared for Mary and Jesus.

“Each of us can discover in Joseph — the man who goes unnoticed, a daily, discreet and hidden presence — an intercessor, a support and a guide in times of trouble,” the pope wrote.

He also said he wanted to highlight St. Joseph’s role as a father who served his family with charity and humility, adding, “Our world today needs fathers.”

When does the Year of St. Joseph begin and end?

What special graces are available during this year?

As Catholics pray and reflect on the life of St. Joseph throughout the coming year, they also have opportunities to gain a plenary indulgence, or remission of all temporal punishment due to sin. An indulgence can be applied to oneself or to a soul in Purgatory.

An indulgence requires a specific act, defined by the Church, as well as sacramental confession, Eucharistic Communion, prayer for the pope’s intentions, and full detachment from sin.

Special indulgences during the Year of St. Joseph can be received through more than a dozen different prayers and actions, including praying for the unemployed, entrusting one’s daily work to St. Joseph, performing a corporal or spiritual work of mercy, or meditating for at least 30 minutes on the Lord’s Prayer.

Why does the Church honor St. Joseph?

Catholics do not worship saints, but ask for their heavenly intercession before God and seek to imitate their virtues here on earth. The Catholic Church honors St. Joseph as the foster father of Jesus. He is invoked as the patron saint of the Universal Church. He is also the patron of workers, father, and a happy death.