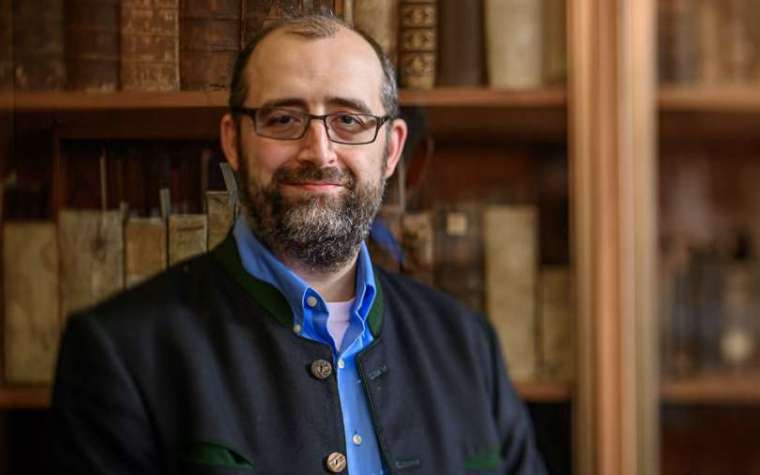 Speaking with CNA Deutsch, the professor and author of numerous books, includingGod is not Nice, criticized not only a “qualitative regression of German theology”, while noting important exceptions, but also the way some of his colleagues work.

“I have followed many appointments in Germany and can only say: academic mediocrity is always hiring mediocrity,” said Lehner. He believes a “handful of professors” give their former students appointments, “regardless of the weaknesses they have”. It is noticeable that “especially those who are loyal to the Church never get a chance, because they are sorted out beforehand”.

As an example, the researcher cites a married female theologian with three children whose appointment to a chair was prevented because the professors found out that she went to daily Mass. She took her faith too seriously – “too seriously for a professor”, Lehner said. In another case the applicant’s five children destroyed his chances for a hire. There are numerous cases in which colleagues are rejected without taking academic criteria into account, often “with the knowledge and cover of the university administration”, commented Lehner.

Lehner stated: “If the people outside academia knew how professors in Germany invent criteria or engage in intrigues to make Catholic hires impossible, then academic theology would lose even the small remainder of its reputation.”

In an Aug. 3 article at katholisch.de, the social ethicist Bernhard Emunds from the Sankt Georgen Graduate School of Philosophy and Theology, a Jesuit college in Frankfurt, was quoted as saying that theology in German-speaking countries has “an exalted academic reputation and importance worldwide”.

Lehner does not share this assessment: “German theology is no longer what it was 25 years ago. Unlike then, it no longer has a global impact today.”

As evidence for this, Lehner cites the dearth of translations of German-language theological works into English, French, or Spanish. Conversely, global research in Germany garners “astonishingly little attention.” This means that one is largely cut off from international research, according to the academic.

“While you still have to learn German in doctoral programs in the US, I had noticed already 20 years ago in Germany that doctoral students could not read lengthy English texts,” Lehner noted. German theologians would by an large only cite each other.

According to katholisch.de, there are roughly 200 seminarians in Germany, fewer than ever before.

Among all theology students (of whom there were 18,251 in 2018-19), those choosing the full course in theology are a small proportion (just 2,549 in 2018), according to the report. For the rest, theological training is only part of their teaching degree.

Regardless of the relatively small number of “full theologians”, there are still many places in Germany where theology is taught. There are a total of 19 Catholic theological faculties and colleges, more than 30 institutes and chairs for Catholic theology, various research institutions, three colleges that offer a degree in “Religious education and Church educational work”, as well as an online theology degree, according to the secretariat of the German bishops’ conference.

However, the scientific “output” remains low. As reported by the German statistical office, only eight people received their second doctorate required for a university professorship in Catholic theology in 2019. “Considering that many smaller departments there – not all – have almost no students but have good financial resources, one would expect groundbreaking research results”, Lehner remarked.

Yet, the number and quality of publications is also at a low level, so that Lehner “seriously” wonders “what my German colleagues do all day”, he remarked.

The theology professor therefore called for a reconsideration: “The academic mediocrity of German theology – with some exceptions – and the small number of students cannot justify the outrageous number of theology departments and chairs. Maintaining them is akin to holding on to medieval privileges.”

Benedict XVI, too, has lamented developments in theology.

In his April 2019 essay “The Church and the scandal of sexual abuse”, the emeritus pope, who long worked as a theology professor before his episcopal consecration, wrote: “Indeed, in theology God is often taken for granted, but concretely one does not deal with Him. The theme of God seems so unreal, so far removed from the things that concern us. And yet everything becomes different if one does not presuppose but present God. Not somehow leaving Him in the background, but recognizing Him as the center of our thoughts, words and actions.”

When We Suffer, We Walk the Royal...