These Saints Bore the Stigmata, the Marks of Jesus 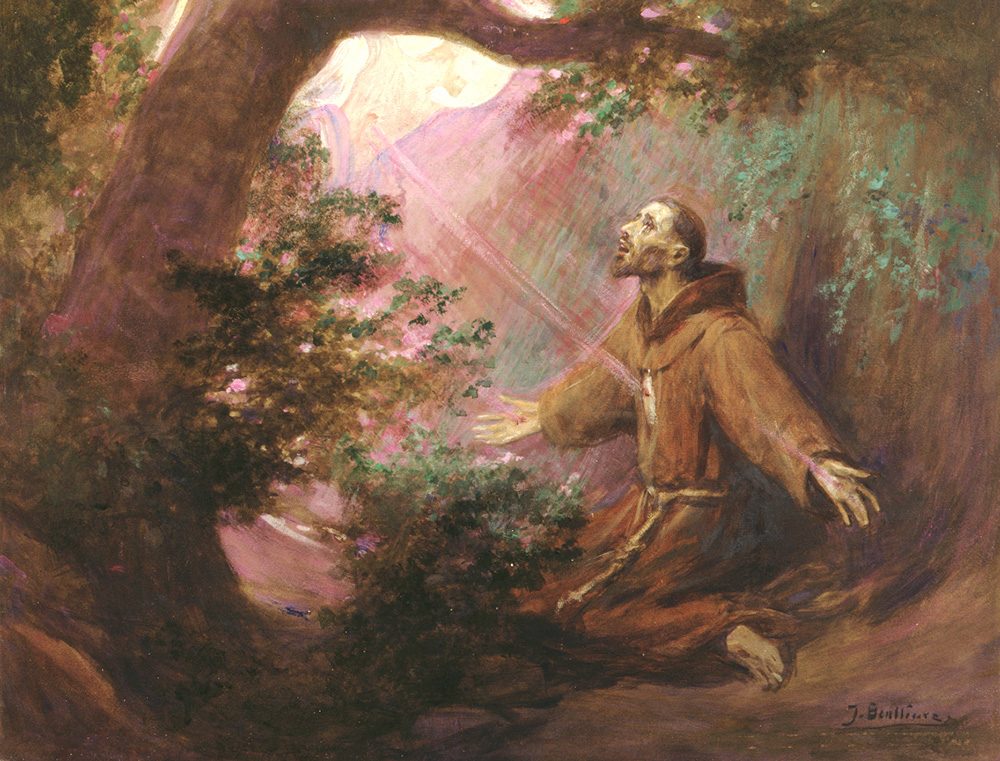 These Saints Bore the Stigmata, the Marks of Jesus

Recipients of this mystical gift include St. Francis of Assisi, St. Catherine of Siena, St. Rita of Cascia, and perhaps even St. Paul the Apostle.

Traditionally Catholics believe that St. Francis of Assisi was the first stigmatist. However, there is another school of thought that goes all the way back to St. Paul — that the Apostle to the Gentiles himself received the stigmata (the five wounds of Christ) — when he says, “I bear on my body the marks of Jesus” (Galatians 6:17). The Church and biblical commentators are notably silent on this issue of St. Paul as the proto-stigmatist, though his language seems quite forthright and straightforward. I’m not sure what else it could mean, actually, unless he was speaking figuratively — which, as an indefatigable letter-writer and ambassador of the Gospel, he was wont to do.

It would take another eleven centuries before St. Francis of Assisi (1182-1226) received the wounds of Christ crucified on Sept. 17, 1224, and that hedidreceive them is attested to by everyone from his contemporaries to G.K. Chesterton’s wonderful biography, to all those stunning paintings — from Giotto to Van Eyck that recount this most mysterious and obvious sign of living one’s life according to Christ.

When St. Francis was wounded in the hands, feet and side, it began, if not a pattern, then at least a verified beginning of many others who, too, would wear the wounds of Christ.

Within a century, two other stigmatists appeared. St. Catherine of Siena (1347-1380), the first woman Doctor of the Church, would be blessed with the stigmata, but her wounds would remain invisible to all others until after her death. Also, St. Lutgardis (1182-1246), a Benedictine nun, bled from her head as if she, too, wore the crown of Jesus. She may be the next stigmatist right after St. Francis of Assisi himself, though we have far less information on her than on St. Catherine.

Soon after St. Catherine, the celebrated St. Rita of Cascia (1381-1457) — the Patron Saint of the Impossible — an Augustinian nun, received a noisome wound in the forehead that, like St. Lutgardis, recalled Our Savior’s wounded head.

St. Catherine di Ricci (1522-1590), a Dominican like St. Catherine of Siena — indeed, she was named after that great peace-making saint — was also a recipient of the stigmata and it is recorded that she bled “spontaneously.”

St. Gemma Galgani (1880-1903) was a Passionist nun, and the name of her order certainly fit her life, as she, too, was wounded with the mystical wounds of Christ Crucified.

But perhaps the stigmatistpar excellence, at least of the modern era, is St. Pio of Pietrelcina, or as he is always called, “Padre Pio.” Part of the general acknowledgement of his reception of the stigmata is that we have actual photographs of his bloodied (but gloved) hands, and the fact that he is very nearly a contemporary of ours (he died in 1968).

Another saint who lived in the 20th century and had the stigmata imprinted upon her is St. Mariam Thresia (1876-1926), the founder of the Congregation of the Holy Family. Like almost all verified stigmatists mentioned above, she did her best to conceal her wounds.

However, it is worth nothing that not all stigmatists were members of religious orders or congregations: the recently-canonized St. Marguerite Bays, a Swiss lay Franciscan tertiary of the 19th century, also was wounded in her hands, feet, and side.

What are we to make of this spiritual-supernatural phenomenon that cannot be dismissed but at the same time is looked at a bit askance even by the standards of the institutional Church itself, which is reticent to acknowledge stigmatists? (As it is often said, the Church moves in centuries.)

Michael Freze wrote a 350-page book to answer the above question, and I won’t attempt to do that here. Still, his tome,They Bore The Wounds of Christ: The Mystery of the Sacred Stigmata,is both edifying and informative — balanced but believing. So at the risk of pointing out the absolute obvious: the stigmata was given to us to help our always and ever-wavering faith, the very thing we asked for at our baptism.

While many of the above stigmatists are indeed famous mystics — here Freze includes St. Teresa of Avila among stigmatists — many were not particularly “mystical” in the sense we normally use. Padre Pio always pleaded that he was simply “a poor Friar who only wants to pray.” St. Rita of Cascia lived the everyday life of a long-suffering wife of a dissolute husband before being wounded in the forehead. Mariam Thresia, as mentioned above, founded a new religious order in the modern era — something rife with red tape and the skull-clenching challenges that beset such a worthy enterprise. Even the great Saint Teresa of Avila, for all of her mystical writings, was very much a hard-worker of the reform of the Carmelite order.

And certainly not all great mystics were blessed with the stigmata: what of St. John of the Cross, St. Bonaventure, St. Ephrem the Deacon and St. Albert the Great, to name a very few?

If we return to St. Paul himself — who has never struck me as particularly “mystical”, perhaps because he is still so popular with Protestants — we all bear the wounds of Christ, at least in a highly qualified way. When Jesus himself tells us to take up our cross and follow him, we shouldn’t exactly be surprised when we find ourselves wounded as he was.

May all the stigmatists pray for us!