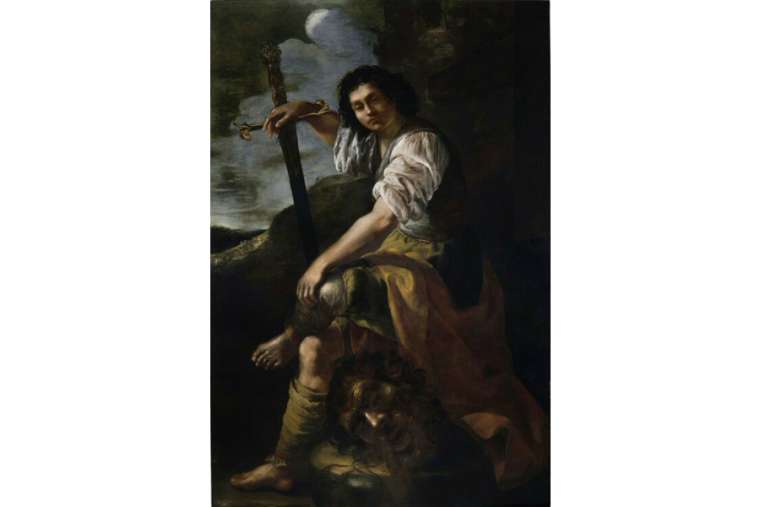 London, England, Dec 23, 2020 / 03:01 am (CNA).- For years, the dramatic paintings of Artemisia Gentileschi, a Catholic artist of the Counter-Reformation, were misattributed to male artists – most often her father, Orazio, who was also a painter.

And it keeps happening. Just this year, the Smithsonian Magazine reported that a 17th-century painting of David and Goliath, which depicts David nonchalantly resting on Goliath’s sword and seated over the giant’s decapitated head, was confirmed to be the work of Gentileschi, and not of Italian painter Giovanni Francesco Guerrieri, as once thought.

In 1975, when the painting first began appearing at art auctions, it was thought to be by Guerrieri. It wasn’t until 1996 that art historian Gianni Papi thought the painting might be by Gentileschi, based on a photo of the painting he had seen, the Smithsonian reported.

The painting was sold in 2018 to an anonymous buyer, and was labeled as a Gentileschi at the last minute. It had previously been attributed to “a seventeenth-century painter of the school of Caravaggio,” the Smithsonian reported, but with no name. Gentileschi’s work was inspired by the style of Caravaggio.

The buyer sent the painting to Simon Gillespie Studio for a restoration, where it was confirmed that the 17th-century woman was indeed the artist behind the work.

Gillespie told The Times that the painting had been “easy to walk past” because of its dark, shadowy appearance, but throughout the restoration process, as a layer of overpaint was removed, more features characteristic of Gentileschi’s work appeared, such as a sparse landscape and the use of light.

The piece was confirmed as a Gentileschi when the restorers discovered the artist’s signature, left on the sword, which only became discernable after the restoration.

“Finding the signature during removal of the overpaint was an amazing moment,” Gillespie said in a statement.

Gentileschi was born at the end of the 16th century. When she was 17 or 18, she was raped and underwent a harrowing trial during which her assailant was convicted of rape but whose sentence was never carried out.

Her career first took off in the Medici court in Florence, “where you have a circle of people who are deeply involved in the Church’s Catholic response to the Reformation,” Vatican art historian Elizabeth Lev told CNA in January 2017.

Gentileschi’s work was very much a part of the Counter-Reformation, sometimes called the Catholic Reformation, because reforming the Church through art and beauty was “a very, very important thing to the Church” during her lifetime, Lev said.

“You need to find artists who make works of art that are inspiring, that are exciting, that are stimulating, that are new, but that are also directing the correct message in an extremely difficult time” for the Church, Lev noted.

That’s part of the reason Gentileschi became so successful.

“She’s not going to be successful in Italy if she’s producing art about how much she hates the Catholic Church,” Lev told CNA.

While her David and Goliath piece is not the most well-known of Gentileschi’s works, Gillespie told Art Newspaper that it shows her “extraordinary sense of narrative.”

“It’s a genius piece,” Gillespie said. “This was my first time working on a painting by her, and it has opened my eyes to the character of the woman.”

This article was originally published on CNA March 4, 2020.

Live These Final Days of Advent in...

How Should Catholics Respond to Cr...