This Heroic Polish Doctor Was Persecuted for Refusing to Perform Abortions 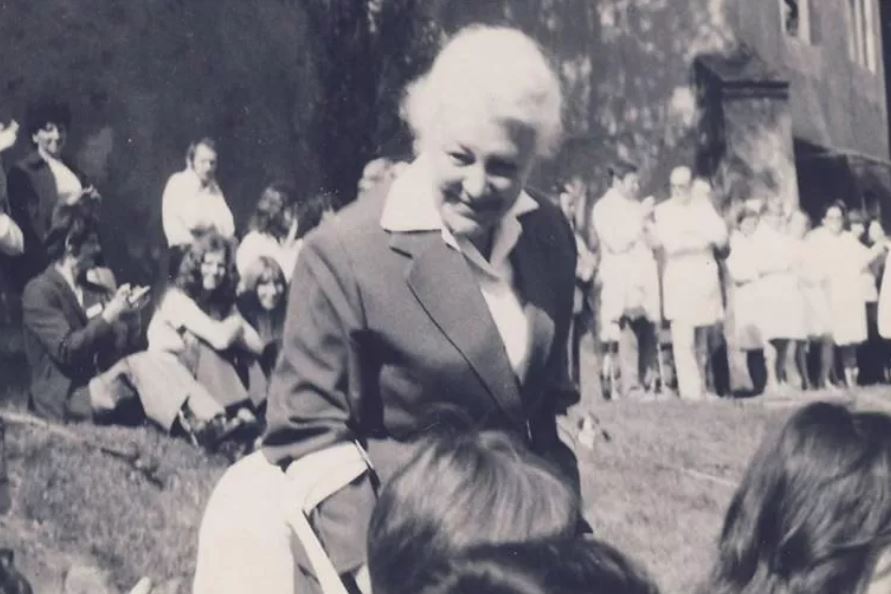 This Heroic Polish Doctor Was Persecuted for Refusing to Perform Abortions

At great personal cost, Dr. Genowefa Abłażej stood her ground and defended life. She was honored by Pope St. John Paul II in 1988 with the medal ‘Pro Ecclesia et Pontifice.’

Abortion has been a moral and social problem since ancient times. Plato and Aristotle described it. Hammurabi, in his famous Code that formed part of the legal heritage of Western civilization, penalized it. Hippocrates’ Oath, which formed part of the Western heritage of medicine, forbade doctors from being abortionists. The ancient Roman Empire permitted it, but that situation changed totally as Christianity came to form Western culture, a change that persisted in most countries of the world until after World War II.

Poland is often seen as a pro-life leader within Europe and, against the backdrop of almost all European countries (including, most recently, Ireland) that have legalized it, Poland’s leadership is true. But that was not always true in the 20th century, and there are lessons from the history of abortion in Poland relevant to debates abroad. One of them is Dr. Genowefa Abłażej. More about her below.

History of Abortion Law in Poland

Poland lost her independence in 1795 to three autocratic neighbors, who divided her territory between themselves: Austria, Prussia, and Russia. During the partitions, the partitioners’ laws applied to Poland. All of them prohibited abortion, except in cases when the mother’s life was endangered. In the Austrian partition, fathers were also criminally liable under the abortion law if it were proven that he had a role in obtaining an abortion. Prohibitions on abortion remained in force when Poland regained her independence in 1918.

Upon recovering independence, Poland needed to create one legal system from the three previously in force there. A Codification Commission was tasked with developing a criminal code, pitting Catholic and conservative circles against liberal ones in the debate over abortion. The new law introduced the requirement that a physician must perform an abortion but contained neither criteria nor time limits under which abortion could be performed. When it became law in 1932, it was among Europe’s most liberal abortion regimes, except for that of the USSR in the period 1920-36. (Under Nazi occupation in the period 1943-45, Polish women were allowed abortion-on-demand at any point in pregnancy, the only time in Poland such a situation existed).

Under communism, Poland’s law of Oct. 28, 1950, “on the medical profession” required a medical commission to certify that an abortion was necessary for a woman’s health or that a prosecutor certify that conception was the result of rape, incest or statutory rape of a minor below 15. Amendments to the law on April 27, 1956, opened the door to an unlimited liberty for abortion “on account of the difficult life situation of a pregnant woman.”

The 1956 unleashed a violent tide of discussion. Christian, especially Catholic circles, criticized the total decriminalization of abortion and the ambiguity of what constituted a “difficult life situation.” Communists, faced with Poland’s moribund economic situation under their rule, began promoting anti-natal policies: Party boss Władysław Gomułka told a 1958 Central Committee meeting that reducing population growth would promote economic growth. The year 1959 brought further liberalization of abortion, together with an ideological push by the Party and the “Association of Deliberate Maternity” under the leadership of the “League of Women” to promote abortion.

The Party’s push to promote abortion ran into a roadblock, however, from doctors who refused to participate in abortion. The Ministry of Health discovered that, in the absence of regulations implementing the liberal abortion laws, the number of abortions was affected by local conditions and attitudes. All the hospitals and clinics of Warsaw, for example, were identified as being unwilling to carry out abortions.

Genowefa Abłażej was among the “rebellious” doctors. Abłażej completed her medical studies in 1950 and was sent to work at the County Hospital in Szamotuły, near Poznań. She specialized in gynecology and became director of the Division of Obstetrics and Gynecology. Wholly dedicated to her work, she delivered babies and explained to women that every child had a right to life, offering the choice of adoption to women who did not want to keep their babies. Her commitment to her Hippocratic Oath and pro-life convictions eventually brought her into conflict with the hospital leadership, which dismissed her amid attacks on her in the local (controlled) press.

Out of a job, Abłażej signed up to work as a medical missionary in Uganda, working as an obstetrician, first in Naggalama, then in Fort Portal and elswhere. The only doctor in a 200-mile radius and with limited knowledge of Swahili, she eventually befriended two other Polish women doctors serving in that east African country: Wanda Błeńska, who was working among lepers, and Wanda Piotrkowska, a radiologist. Banned from caring for Polish children, she cared for children in Africa.

Returning to Poland in 1965, she encountered one more humiliation. In communist Poland, one had to turn in one’s national identity card to receive a passport and, upon return, re-exchange them. Abłażej’s ID had been lost: the authorities did not expect her to come back and so had stricken her from the citizenship list, forcing her to seek its restoration.

By sheer circumstance, through a meeting with a childhood friend Abłażej learned that a rehabilitative sanatorium for children in Świebodziń was looking for an English-speaking doctor to work with children with polio. The sanatorium director went to bat for this political black sheep, and she has hired as a surgeon, eventually specializing in bone surgery and becoming director of Orthopedic Unit 3, which specialized in children up to age 6, particularly those no other facility in Poland would touch. She also worked with children with dislocated hips. Beginning in 1972, she also became active in the Catholic Family Clinic at St. Michael the Archangel Parish in Świebodziń, speaking about the right to life across Poland and even East Germany as well as assisting with marriage preparation.

Pope St. John Paul II honored Abłażej in 1988 with the medal Pro Ecclesia et Pontifice. That same year, even the Polish Communists awarded her the “40 Years of the Polish Peoples’ Republic” medal. Today’s president of free Poland, Andrzej Duda, honored her posthumously in 2018 with the “Knight’s Cross of the Order of Reborn Poland.” She died June 8, 1988.

Lest anyone think that Abłażej’s commitment to the rights to life and conscience as well as to medical pro-life ethics, commitments that cost her dearly professionally, are merely an historical curiosity, consider the decision of the European Court of Human Rights (ECHR) in the case of Elinor Grimmark v. Sweden.

Grimmark is a Swedish woman who, in response to her local county’s need for midwives, studied for that profession. She was up front, saying she was willing to assist with childbirth and even to care for women post-abortion, but she would not take part in abortions. Her student stipend was cut off, and hospitals refused to hire her, even though she was quite willing to do the primary work of a midwife, i.e., to bring life into the world. Eventually, she was forced to leave her country to take a position as a midwife at a hospital in Norway (which explicitly protects conscience rights).

Grimmark sued Sweden, claiming infringement on guaranteed “European” human rights of freedom of conscience and religion. On March 12, 2020, the ECHR ruled against her, writing that while Sweden might be interfering with her ability to practice her profession, “the interference was also necessary in a democratic society and proportionate. The Court observes that Sweden provides nationwide abortion services and therefore has a positive obligation to organize its health system in a way as to ensure that the effective exercise of freedom of conscience of health professionals in the professional context does not prevent the provision of such services.” In a pro-abortion world, no one with pro-life convictions need apply. As commentator Sohrab Ahmari put it, “Europe’s highest human-rights court has in effect recognized a duty to kill the unborn.”

The culture of death is intent on driving those with pro-life convictions out of the medical professions, by making participation in abortion mandatory; by requiring abortion training as part of “standard” medical school training; by forcing pro-life doctors to “refer” patients to abortionists; by demanding participation in euthanasia. Thirty-two years after her death, the witness of Genowefa Abłażej remains highly relevant to today’s world.