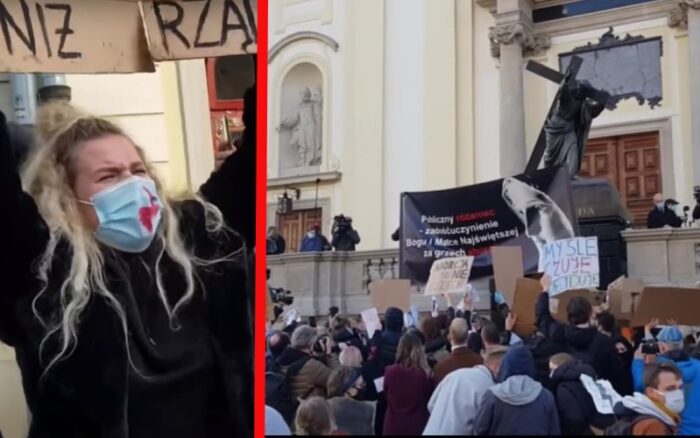 The restriction bans abortion, except in cases of rape or incest. The abortion law previously allowed abortion in cases of fetal abnormalities, which Poland recently ruled unconstitutional.

Surrounding Catholics then began yelling “aggressor!” while Warsaw police worked to contain the situation. The report adds that another agitator struck a Catholic with a selfie stick.

Here’s the report below:

“Our situation in very hard here in Poland,” Polish resident Misia Ptak told TFP. “Many churches are being profaned and vandalized. Young men who protect them are getting injured with bottles, batons and rocks. I would be grateful if you would share our fight…”

Our Lady of Czestochowa, please pray for peace in Poland! 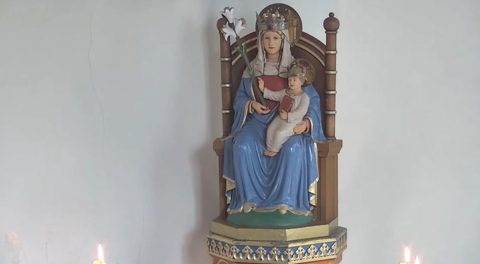