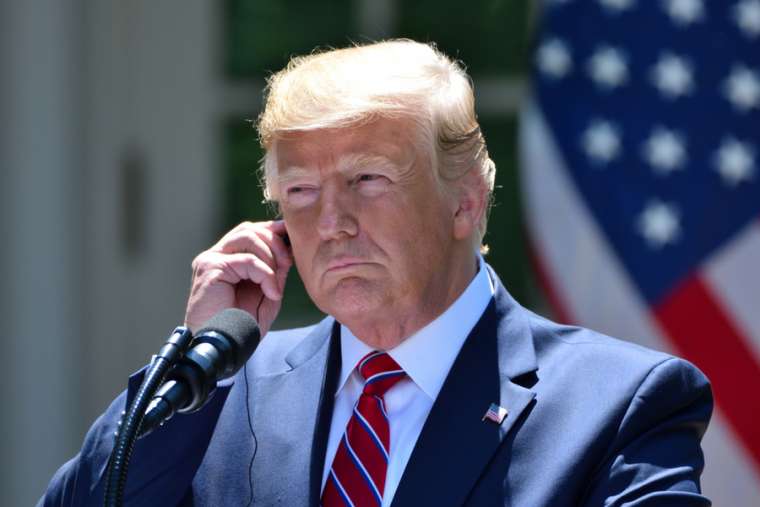 President Donald Trump invoked faith as an enduring force for national stability and resilience during times of trial in a statement released by the White House on Saturday.

“Our great Nation was founded by men and women of deep and abiding faith—a faith that has stood the test of time,” Trump said in a presidential message to mark the inaugural National Day of Prayer and Return on Sept. 26.

The message was released to coincide with “The Return,ANational and Global Day of Repentance” organized by some Pentecostal Protestant groups in Washington, D.C. on Saturday. The event is timed to fall 40 days before the U.S. general election.

“On this inaugural National Day of Prayer and Return,” Trump wrote in his message, “the First Lady and I join millions of Christians here in the United States and around the world in prayer, as we turn our hearts to our Lord and Savior.”

In an apparent reference to the ongoing coronavirus pandemic and months of demonstrations and civil unrest across several U.S. cities over racial justice issues, Trump said that faith was an important support for civil and national unity.

“The trials and tribulations the American people have faced over the past several months have been great,” Trump said.“Yet, as we have seen time and again, the resolve of our citizenry—fortified by our faith in God—has guided us through these hardships and helped to unite us as one Nation under God.”

“As we continue to combat the challenges ahead of us,” said Trump, “we must remember the sage words of President George Washington during his first Presidential Address: ‘propitious smiles of heaven can never be expected on a nation that disregards the eternal rules of order and right, which Heaven itself has ordained.’”

“As a country and a people, let us renew our commitment to these abiding and timeless principles,” said Trump.

On Wednesday, Louisville Archbishop Joseph Kurtz called for unity and prayer in the city following the announcement of the grand jury’s decision to indict one of the police officers involved in Taylor’s death.

Taylor, 26, was killed March 13 in Louisville during a police raid of her apartment. Taylor, a Black woman, was shot five times by the police after her boyfriend initially fired at the officers who breached Taylor’s apartment’s door to execute a warrant. The officers involved were white. An issue of contention is whether, and how loudly, the officers announced themselves when entering the apartment.

“There is no question that our nation’s original sin of racism continues to destroy the lives of persons of color and that racism extends through so many systems of our society… educational, economic, religious, housing, criminal justice, voting, and employment,” said the archbishop.

On Wednesday evening, the city of Louisville saw widespread protests which descended into violence in some places. Two police officers were shot and 127 people were arrested.

On Thursday, Kurtz offered prayers for the wounded officers and reiterated calls for peace.

“As our community deals with the challenges of the sin of racism and affirms the first amendment rights of those who protest, I again join with people of faith and good will to plead for peace and the rejection of violence,” Kurtz added.

“I am reminded of a statement that Pope Francis shared in his weekly audience in early June,” Kurtz said, quoting the pope saying “My friends, we cannot tolerate or turn a blind eye to racism and exclusion in any form and yet claim to defend the sacredness of every human life. At the same time, we have to recognize that the violence of recent nights is self-destructive and self-defeating. Nothing is gained by violence, and so much is lost…let us implore the national reconciliation and peace for which we yearn.”