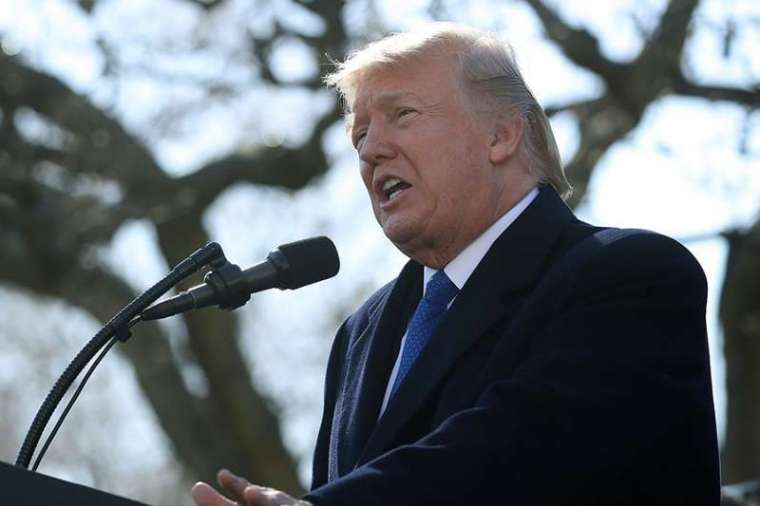 President Donald Trump on Thursday released a letter addressed to “pro-life leaders and activists” indicating his intention to advance legislative and administrative priorities against abortion if he is elected to a second term.

“As I seek re-election this November, I need your help in contrasting my bold pro-life leadership with Joe Biden’s abortion extremism,”Trump’s letter said.

Democratic Party unequivocally supports abortion on-demand, up untl the moment of birth, and even infanticide — leaving babies to die after failed abortions. Joe Biden’s embrace of this extreme position is most evidenced by his support for taxpayer funding of abortion on-demand. Forcing taxpayers to pay for abortions is an abhorrent position that must be defeated at the ballot box,” the president added.The president’s letter came as his campaign continues to court pro-life voters, seen as a voting bloc crucial to Trump’s reelection.

In his Sept. 3 letter, Trump wrote that if he wins, “we have another four year to fight in the trenches for unborn children.”

The president said he would “work to” appoint “judges who will respect the Constitution and not legislate an abortion agenda from the bench,” pass into law three pieces of legislation that would restrict or defund abortion, and “fully defund the big abortion industry such as Planned Parenthood of our tax dollars.”

Both the Pain-Capable Unborn Child Protection Act and the Born-Alive Abortion Survivors Protection Act failed in the Senate in February. Similar bills had failed to get through Congress in 2015, 2017, and 2018. Republicans controlled both houses of Congress in 2017, but did not have the 60 votes required to get the bill through the Senate without a filibuster. The Senate is expected to be close to an even split after the 2020 election.Trump’s letter noted that he had appointed several judges believed to oppose abortion protections during his first term, prevented federal funding of foreign abortions, and addressed the March for Life in person, the first time a president had done so.

The president also mentioned that he had begun fulfilling campaign promises to defund Planned Parenthood, through changes to Title X funding that prevent abortion providers from access to some federal funds. With the rule change, the abortion provider remains the recipient of roughly $500 million annually in Medicaid reimbursement.

“President Trump can defund Planned Parenthood by executive order. It’s past time to stop pouring millions of taxpayer dollars into a corporation that slaughters 900 children each day. Defund these atrocities,” Rose tweeted Aug 26.

Trump’s Democratic opponent in the presidential race, Joe Biden, has pledged to enshrine abortion protections in federal law, and House Speaker Nancy Pelosi indicated this week that Congress will end a decades long moratorium on federal funding for abortion if her party retains control of the House of Representatives.