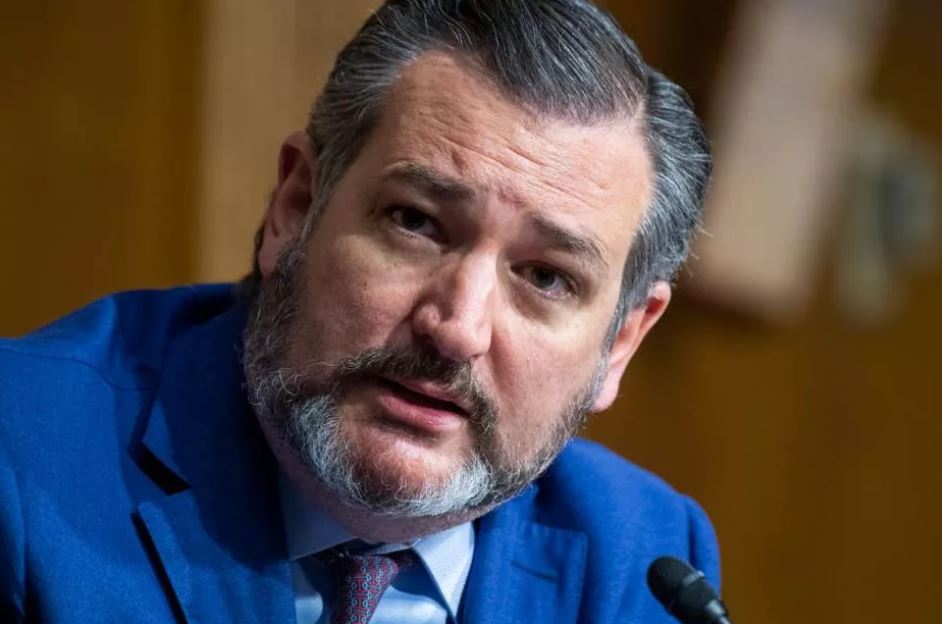 The president added 20 names to his working list of potential nominees for the Supreme Court, including three GOP senators, while Joe Biden, who has pledged to name a Black woman, has yet to release his top picks.

When President Trump released the latest additions to his “short list” of potential nominees to the U.S. Supreme Court, Sen. Ted Cruz, R-Texas, said he was “humbled” to be among the 20 conservatives that included two other U.S. senators, two former solicitors general, 11 sitting judges, and senior officials from the White House and Department of Justice.

It was a striking about-face for Cruz. Back in 2016, when he and Trump were both GOP presidential hopefuls, the Texas senator warned that his rival would nominate “liberal justices” to the Supreme Court.

At the time, Trump quickly sought to diffused the issue, releasing a short list of top jurists vetted by the conservative Federalist Society and the Heritage Foundation, and promising to select a nominee to fill the late Justice Antonin Scalia’s vacant seat from among those names.

Trump won the nomination, and 2016 election exit pollsrevealedthat a quarter of Republicans viewed court appointments as the “most important factor” in the election, and a majority of those voters backed Trump.

“Trump’s decision to release the short list was instrumental in his winning [the nomination], and I am sure that Ted Cruz was kicking himself for not doing the same,” John Malcolm, vice president for the Heritage Foundation’s Institute for Constitutional Government, told the Register.

“A lot of Republicans didn’t know, trust or like Donald Trump, but one thing they cared about was the state of the judiciary and the Supreme Court. And, of course, there was a vacancy on the court.”

On Sept. 9, when Trump announced that he had added new names to his short list — the fourth time he has done so, the move reminded Republicans and Independents that the White House has made the issue a centerpiece of his reelection strategy.

“Apart from matters of war and peace, the nomination of a Supreme Court justice is the most important decision an American president can make,” said Trump during apress conferenceannouncing his selection of “jurists in the mold of Justices Antonin Scalia, Clarence Thomas and Samuel Alito.”

The president stated that “candidates for president owe the American people a specific list of the individuals they [will] consider for the United States Supreme Court,” and he noted that his previous selections of Justice Neil Gorsuch to fill Scalia’s seat and Justice Brett Kavanaugh to replace Justice Anthony Kennedy fulfilled his campaign pledge.

“The list reinforces the president’s commitment to making this issue a high priority in his second term,” said Leonard Leo, a conservative legal movement leader who has advised the last three Republican administrations on judicial selections.

It will help “energize the GOP base, faithful Catholics and evangelicals, and others who understand that the courts have played an outsized role in driving a lot of the cultural controversies of the last several decades.”

By contrast, Joe Biden, the Democratic nominee for president, has adopted a very different approach to this issue during the final months of his campaign for president.

Before choosing Sen. Kamala Harris, D-Calif., a former prosecutor of Indian and Jamaican ancestry, as his running mate, Biden promised to appoint a Black woman to the high court.

“We are putting together a list of a group of African American women who are qualified and have the experience to be on the court,” Bidentoldreporters in late June.

Noting that the prospective nominees still faced extensive background checks, Biden did not reveal any names. Almost three months later, his campaign still has not released any specifics and did not mention the courts during his Aug. 20 acceptance speech at the Democratic National Convention.

With two of the court’s Democrat-appointed justices close to retirement — Justice Ruth Bader Ginsburg is 87 and mounting her fifth battle with cancer, and Justice Stephen Breyer is 82 — Biden’s allies are very concerned about who will replace them. And his silence has prompted some experts to issue short lists of their own.

“Biden’s options narrow down very quickly to two names: Justice Leondra Kruger of the California Supreme Court, and Judge Ketanji Brown Jackson of the federal district court in Washington, D.C.,” said Feldman. “And realistically, they are the only two Black women who are young enough to serve for the long haul and have the relevant judicial experience to make their confirmation straightforward, even boring — which is just what a nominating president wants.”

But in interviews with the Register, legal analysts suggested Biden would not follow Trump’s lead in short-listing potential judicial nominees.

“Biden has nothing to gain by publishing a comparable list, and something to lose,” Gerard Bradley, a professor at the University of Notre Dame Law School, told the Register.

A Biden short list “would give Trump supporters and Republicans generally a very tangible target and would also likely stir up some restiveness among his own supporters. There is no need for Biden to create such a distraction, and no upside to doing so.”

At present, Biden already faces pressure from his party’s left flank to support its picks for judicial appointments. Demand Justice, an increasingly influential progressive group that has made Trump’s Supreme Court nominees a campaign issue in battlefield states, hasreleasedits own short list.

At the same time, Biden’s supporters note that their candidate, the former chairman of the Senate Judiciary Committee, has already forged a strong track record on Supreme Court confirmation battles dating back to 1987, when he helped block Judge Robert Bork’s nomination.

According to this argument, Democratic voters don’t need a Biden Supreme Court short list because they already know he can be trusted.

“I don’t think there has ever been any president — assuming Biden’s elected — who knows as much about or has been as involved in shaping the Supreme Court as Joe Biden,” Mark Gitenstein, the Senate Judiciary Committee staff member who helped with the battle to defeat Bork,toldThe New York Timesthis summer.

Meanwhile, two major 2020 Supreme Court decisions dealing with abortion restrictions and “LGBT” rights may have tamped down Democrats’ concerns about the court’s conservative tilt and the threat it poses toRoe v. Wade, in particular.

The decisions surprised and angered the Republican base. And though the outcome of three religious-freedom cases heartened conservatives, some pro-life leaders have challenged the GOP’s practice of nominating justices that make no promises to overturnRoeand only affirm their commitment to interpreting the law according to the Founders’ intentions and the literal text of the statute in question.

This summer, Sen. Josh Hawley, R-Mo.,suggestedit was past time for Republican presidents to impose a litmus test to establish a judicial nominee’s views onRoe v. Wade. And now, the White House’s decision to include Sens. Cruz, Hawley and Tom Cotton, R-Texas, is seen as an attempt to address mounting pro-life frustration.

“This more overtly political list may be in part a reaction to conservative disappointment at the Supreme Court the last term,” saidTheWall Street Journaleditorial board in aSept. 9 column, “but one unfortunate result may be that conservatives take a more openly politicized approach to nominations.”

In contrast to Trump’s first list, composed of highly respected sitting judges, the new list “is a more diverse group of people, in terms of their career path,” Teresa Collett, a professor at the University of St. Thomas Law School, told the Register.

“Some say Trump is no longer relying on the Federalist Society. He is making different calculations,” she said, and casting a wider net.

Clement represented the U.S. House of Representatives in its landmark 2011 defense of the Defense of Marriage Act (DOMA), which had upheld marriage as a union of one man and one woman for purposes of federal law. After the law firm where he was a partner backed away from its decision to take on DOMA’s defense, Clement resigned and started his own firm to fulfill his commitment to the House. The Supreme Courtoverturneda portion of DOMA, paving the way for the legalization of same-sex unions.

Other notable figures on the list include Noel Francisco, President Trump’s former U.S. solicitor general and the first Asian American to hold that position. Francisco represented religious nonprofits in their legal challenge to the Health and Human Services’ mandate, and later, while serving in the Trump administration, sought to overturn President Barack Obama’s Affordable Care Act and the Deferred Action for Childhood Arrivals (DACA).

Religious-freedom advocates were pleased to see the addition of 5th Circuit Judge Stuart Kyle Duncan, a former lawyer for Becket, which represented EWTN, the Register’s parent company, in its lawsuit against the HHS mandate.

Referencing the swirl of unconfirmed rumors about Justice Clarence Thomas’ possible retirement, Collett noted the inclusion of Daniel Cameron, a 34-year-old African American and the Kentucky attorney general nowinvestigatingthe tragic, high-profile shooting death of Breonna Taylor by police officers. Cameron is a rising GOP star and addressed the 2020 Republican Convention, but experts have questioned whether he and several other potential nominees have gained sufficient experience to be considered for the court in the near future.

Collett said it was important to remember that the new list was “supplemental.” Leading jurists who had already appeared on a previous list are still under consideration, like 7th CircuitJudge Amy Comey Barrett, the former Notre Dame law professor who was grilled about her commitment to Catholic teaching on abortion during her 2007 Senate confirmation hearing.

While Trump’s latest list with its inclusion of three GOP senators, a White House deputy counsel and the U.S. ambassador to Mexico raised some eyebrows, how it is likely to affect voters, particularly those in the pro-life movement, is not yet clear.

But Leonard Leo, who has worked with three GOP administrations on the selection of Supreme Court nominees based on “jurisprudential outlook,” took the diverse, and more “overtly political,” list in stride.

During an election year, “the president is reaching out to many different constituencies in his movement, and the list is reflective of that,” said Leo.

“Some [on the list] will have long and deep records, and some may need some time to build a deeper record. But they are all people who share his vision.”