Twitter criticized as ‘Burn the clergy’ hashtag trends in Spain 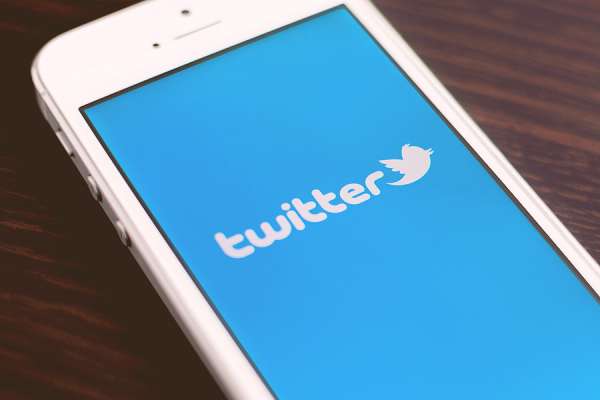 Twitter criticized as ‘Burn the clergy’ hashtag trends in Spain

Rome Newsroom, Nov 25, 2020 / 12:00 pm (CNA).- On the same day that Pope Francis approved the beatification of 127 Catholics killed in Spain in hatred of the faith in the 20th century, a hashtag calling for Catholic priests to be burned was trending on Twitter in Spain.

Twitter permitted the hashtag #FuegoAlClero, meaning “Burn the Clergy,” to trend online in Spain Nov. 24, despite its message of hatred against Catholic priests. Twitter’s current user policy states that the promotion of violence on the basis of religious affiliation is not allowed on its platform.

Prominent tweets that used the hashtag included images of flames on priests’ heads and others that labeled priests as “pedophiles” and “thieves,” ACI Prensa, CNA’s Spanish-language sister agency, reported Nov. 24.

As of Nov. 25, these images of priests in flames with the hashtag #FuegoAlClero had not been removed from Twitter.

Users commented on the site that they were surprised that Twitter had not eliminated the messages in accordance with its hateful conduct policy.

Spanish journalist Txomin Pérez Rodríguez wrote: “I thought that @TwitterEspana had put in place strict measures against posts that incite hatred. Then I see that #FuegoAlClero is TT [a Trending Topic] today and it is not clear to me that they have done something. Or do they only act against what interests them?”

Other Twitter users began using the hashtag #YoApoyoAlClero, which means “I support the clergy,” in response to the hateful posts.

Some posts recalled that churches were burned and priests were executed during Spain’s Red Terror during the Spanish Civil War in 1936-1939.

On Nov. 24, Pope Francis advanced the sainthood causes of Fr. Juan Elias Medina and 126 companions, who were killed during the Spanish Civil War. Declared martyrs, they will now be beatified.

Fr. Juan Elias Medina was 33 when he was imprisoned and executed in 1936. Medina, a priest of the Diocese of Córdoba, shouted “¡Viva Cristo Rey!” and forgave his executioners before he was killed.

Seventy-eight other priests from the Diocese of Córdoba were also recognized as martyrs this week, along with five seminarians, three Franciscan friars, and 40 lay Catholics who were killed for their faith in Spain in the 1930s.

Incidents in Spain included attacks against Catholic priests, arson attacks on Catholic churches, the destruction of images of the Virgin Mary, and the theft of consecrated Eucharistic hosts from tabernacles.

One priest was the target of an attempted physical assault while he was offering Mass April 2019. Another was punched in the face as perpetrators threatened to burn down his church in Sept. 2019.

A shrine dedicated to the Virgin Mary was defecated in. The church’s walls and a statue of Jesus Christ were smeared with excrement.

A convent was the target of arson a few days after it was vandalized with paint in Sept. 2019. A statue of Jesus was set on fire in November and a church’s altar was set alight twice in two weeks among other arson attacks.

The participants in the Catholic bishops’ conference in Spain also received numerous threats of an arson attack in 2019, according to the OSCE.

In improvised remarks that were captured on video, the pope reflected on the vocation of politicians and highlighted the dangers of ideological thinking.

“It is very sad when ideologies take over the interpretation of a nation, a country, and disfigure the homeland,” he said.

Sánchez, the leader of the Spanish Socialist Workers’ Party, has previously clashed with the Church in Spain over religious instruction in schools and euthanasia, among other issues.

Spain’s bishops have criticized the government over its efforts to remodel the education system in Spain. They argued that the Celaá Law, named after Education Minister Isabel Celaá, would undermine parental rights.