Two Good Topics for the Dinner Table: Religion and Politics 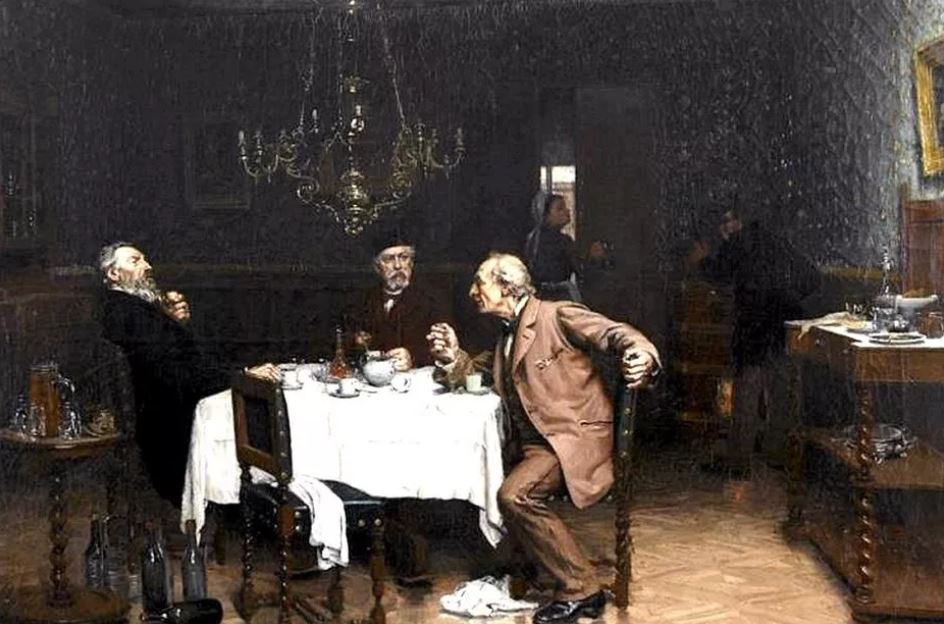 Two Good Topics for the Dinner Table: Religion and Politics

The forceful separation of religion and politics leads to the deadliest of divorces.

It is sometimes said that religion and politics are the two topics that should not be discussed in polite company. The result is that nothing of importance is ever discussed, reducing the conversation of “polite company” to the level of the banal, at best, or to the level of gossip, at worst. And yet the discussion of religion and politics in the public house or the public square is crucial to the life of a truly free society. Whether the reason for the silence is the fear of the police or the fear of impoliteness the result is the stifling of free discussion of the two most important areas governing the life of man.

Religion and politics are inseparable for the Christian because of the inseparability of the two great commandments of Christ that we love the Lord our God and that we love our neighbor. As such, the goal of secular fundamentalists to separate religion from politics is not merely an affront to Christianity but an effort to ban Christians from political life. But this is nothing new. Secular fundamentalism has always been intolerant of Christianity and has always sought to exclude Christians from political discourse. From the persecution of the early Church and the martyrdom of countless early Christians to the French Revolution and its Great Terror, right through to the last century with the extermination of Christians in the concentration camps of national and international socialism, the intolerance of secular fundamentalism has continually crucified the body of Christ as it has continually corrupted the body politic.

The greatest hypocrisy of secular fundamentalism is not, however, to be found in its abuse of language but in its insistence that religion should be excluded from the public square when it is itself a religion. If theism is a religious position, so is atheism. The dogmatic assertion that God does not exist or that he must be excluded from the affairs of man is a religious position. Whether we believe that God exists or that he doesn’t exist, his existence is at the centre; it is the touchstone, the conceptual rock on which all our other presuppositions are based. For the theist, God’s real presence is the defining principle at the heart of reality; for the atheist, it is God’s real absence. In both cases God is crucial and is therefore present, albeit ironically in the latter case.

The point is that all politics are rooted in philosophical first principles, of which the metaphysical assumptions concerning the existence or non-existence of God are the most important. Indeed, as recent history demonstrates, the removal of God creates a vacuum that is filled with all sorts of dangerous and deadly nonsense. The belief of Rousseau that man is not inherently sinful, i.e. that there was no primal rebellion against God, has led to all sorts of ignoble savagery in the quest for the mythical noble savage, not least of which was the aforementioned Great Terror. Rousseau’s ideas have permeated modern society more generally in the prevailing contempt for civilization. The wisdom of the ages, the inheritance of the sages, is discarded with the arrogance of ignorance, and modern man is reduced thereby to being a dedicated follower of the follies of fads and fashions. The determinism of Hegel, politicized by Marx, led to the murdering of millions on the altar of the unalterable progress of man towards proletarian dictatorship. Theübermenschof Nietzsche, politicized by Hitler, led to the master race of the Nazis and the murdering of millions on the altar of racial pride.

The lessons from history are clear enough for anyone with eyes to see. The removal of God from the public square leads to the erection in the public square of guillotines in his place. The forceful separation of religion and politics leads to the deadliest of divorces. The only alternative to One Nation under God is all nations under God-knows-what. May God deliver us from our deliverance into the hands of such Godlessness.