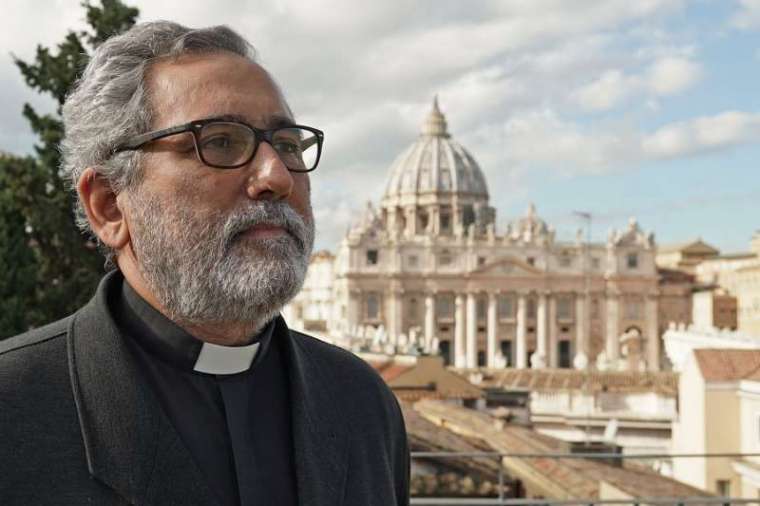 The Vatican’s prefect of the Secretariat for the Economy and auditor general signed a memorandum of understanding Friday on the fight against corruption.

According to a message from the Holy See press office Sept. 18, the agreement means the offices of the Secretariat for the Economy and the auditor general “will collaborate even more closely in identifying the risks of corruption.”

The two authorities will also work together to implement Pope Francis’ newanti-corruption law, issued in June, which aimed at increasing oversight and accountability in the Vatican’s procedures for awarding public contracts.

The memorandum of understanding was signed by Fr. Juan Antonio Guerrero, S.J., head of the Secretariat for the Economy, and Alessandro Cassinis Righini, interim head of the Office of Auditor General.

According to Vatican News, Cassinis called the signing “a further concrete act that demonstrates the desire of the Holy See to prevent and combat the phenomenon of corruption inside and outside the Vatican City State, and that has already led to important results in the past months.”

“The fight against corruption,” Guerrero said, “in addition to representing a moral obligation and an act of justice, also allows us to fight waste in such a difficult time due to the economic consequences of the pandemic, which affects the whole world and affects the weakest in particular, as Pope Francis has repeatedly reminded.”

The Secretariat for the Economy has the task of overseeing the Vatican’s administrative and financial structures and activities. The Office of Auditor General oversees an annual financial assessment of each dicastery of the Roman Curia. The statutes of the auditor general’s office describe it as the “Vatican anti-corruption body.”

A Vatican representativeaddressed the subject of corruptionat a meeting of the Organization for Security and Co-operation in Europe (OSCE) Sept. 10.

Archbishop Charles Balvo, head of the Holy See delegation to the OSCE Economic and Environmental Forum, denounced “the scourge of corruption” and called for “transparency and accountability” in financial governance.

Pope Francis himself acknowledgedcorruption in the Vatican during an inflight press conference last year. Speaking about Vatican financial scandals, hesaidthat officials “have done things that do not seem ‘clean.’”

The June law on contracts aimed to show that Pope Francis is serious about his frequently stated commitment to internal reform.

The new regulations also focus on controlling spending, as the Vatican faces a projected30-80% reduction in incomein the next fiscal year, according to an internal report.

At the same time, the Holy See is facing investigations by Vatican prosecutors, who are looking into suspicious financial transactions and investments at the Vatican Secretariat of State, which could trigger increased oversight by European banking regulators.

From Sept.29, Moneyval, the Council of Europe’s anti-money laundering watchdog, is due to conduct a two-week onsite inspection of the Holy See and Vatican City –the first since 2012.

Carmelo Barbagallo, president of the Vatican’s Financial Information Authority, has described the inspection as “especially important.”

“Its outcome may determine how the jurisdiction [of the Vatican] is perceived by the financial community,” he said in July.