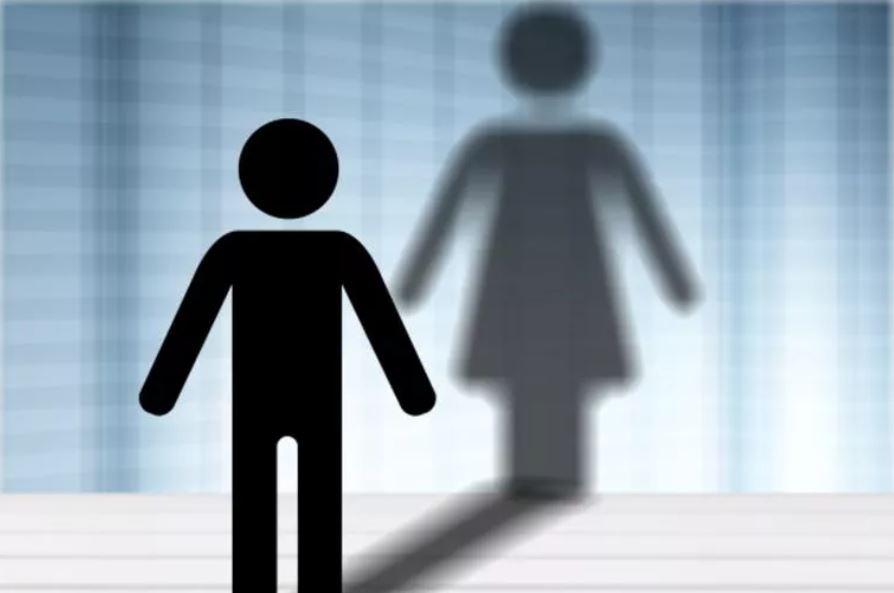 LONDON — The United Kingdom’s High Court ruled last week in favor of a young woman who said she was treated as a “guinea pig” at the country’s only gender-identity clinic for children and that she regrets taking the puberty-blocking drugs she was given as a teen as a first step on an arduous path of trying to appear male.

The court ruled that it is unlikely that children under 16 are able to grasp the “long-term risks and consequences” and give “informed consent” to taking controversial puberty blockers — drugs that block hormones to halt sexual development and are likely to be followed by more drastic chemicals and sex-change surgeries.

Doctors prescribing the drugs are now more vulnerable to lawsuits from unhappy patients if they do not first seek the approval of a court before prescribing puberty blockers to children.

Keira Bell, the 23-year-old woman who brought the case to court, is currently “detransitioning” to her biological sex after the Tavistock and Portman NHS Trust, which runs the gender-identity development service (GIDS) for children as young as 10 years old, gave her puberty blockers when she was 16 years old. This led to Bell being injected with high-dose testosterone when she was 17 and having a double mastectomy when she was 20 to help her appear male.

“I’m delighted with the judgement of the court today,” Bell told a news conference outside the Royal Courts of Justice after the decision was handed down Dec. 1. “It is a judgment that will protect vulnerable people. I wish it had been made for me before I embarked on the devastating experiment of puberty blockers. My life would be very different today.”

Bell told the court that she had been seen for only three one-hour sessions at Tavistock before she was prescribed the drugs, which are commonly used to treat prostate cancer and are also known as “chemical castrators” because they are prescribed to sex offenders. The blockers radically decrease hormones related to sexual maturation and have been linked to side effects ranging from brittle bones, joint pain and blood disorders to depression symptoms, impaired memory and lowered IQ.

Lawyers for Bell and another claimant, who is the mother of an autistic adult awaiting treatment at GIDS, argued that the Tavistock clinic’s literature falsely reassures patients that the effects of the puberty-blocking drugs are fully reversible, when, in fact, their long-term psychological and physical effects are unknown. In addition, the court found the drugs are the first step on a one-way pathway to much more serious and irreversible chemical and surgical sex-change interventions, which is “extremely rare for a child to get off of.”

“There are many negative consequences of this medicalization, but two in particular — sterilization and loss of sexual function,” Michael Laidlaw, an endocrinologist from Rocklin, California, told the Register. “The court rightly recognizes that the immature person cannot possibly consent to undergo such harms. They have neither the maturity nor experience to make an informed judgement regarding permanently depriving themselves of fundamental features and activities of mature adults, namely procreation of a family closely linked with healthy sexual function.”

Transgender advocates in the U.K. denounced the decision.

“One of the issues raised in these proceedings is the nonexistent or poor evidence base … for the efficacy of such treatment for children and young persons with [gender dysphoria] GD,” the U.K. judges noted. Transgender specialists began prescribing the drugs for children as young as 10 at University College London Hospital in 2011 as an experiment known as the “Early Intervention Study.”

“[T]hough this research study was commenced some nine years ago, at the time of the hearing before us the results of this research had yet to be published,” the judges noted.

They also noted their “surprise” at the lack of data on the outcomes for the children treated at the clinic and at the lack of investigation into the high proportion of children on the autistic spectrum being treated there. They also noted that the purpose of the drugs was not clear. Some clinicians said they prescribed the drugs to “pause” puberty while children decided their gender, while others said the drugs made surgical interventions like castration easier down the road.

“The judgment is a damning indictment of clinical practice at the GIDS,” says a statement from intervenor in the case, Transgender Trend, a group of British, parents, doctors and academics who are concerned about the growing numbers of children diagnosed as transgender. “The GIDS lacked even basic data on children who had been given puberty blockers.”

The decision was also hailed by other detransitioners. “Tavistock got its face slapped. And HARD!” said a Facebook post from Detransitioners Report.

Even more damning than the judgment were the testimony and public statements of Bell herself, who said the ruling exposed the “complacent and dangerous culture at the heart of the national center responsible for treating children and young people with gender dysphoria.” She called the treatment at GIDS a “harmful experiment on vulnerable young people” and also suggested its futility against nature.

After she had both her breasts surgically removed at the age of 20, Bell told the court, “I started to realize that the vision I had as a teenager of becoming male was strictly a fantasy and that it was not possible. My biological makeup was still female, and it showed, no matter how much testosterone was in my system or how much I would go to the gym. I was being perceived as a man by society, but it was not enough. I started to just see a woman with a beard, which is what I was. I felt like a fraud, and I began to feel more lost, isolated and confused than I did when I was pretransition.”

Faced with the prospect of lifelong drugs to maintain her male appearance and the need for a hysterectomy in the future to remove her reproductive organs that would atrophy on high-dose testosterone, she stopped taking testosterone in 2019, stopped calling herself “Quincy” and is now seeking to reverse her legal documents to reflect her biological sex.

Bell is one of a growing number of “detransitioners” who are telling their stories publicly. Most of them are female and embraced transgenderism during their tumultuous teens, when they were trying to cope with other complex mental and social issues like eating disorders or sexual abuse or other trauma and then began to regret their decisions in their 20s.

Bell told reporters that she wished she had had faced more challenges from mental-health professionals rather than just “affirmative” therapy that put her through a drug and surgery ordeal and has left her wondering if she can ever have children.

“I would like to personally call on professionals and clinicians to create better mental-health services and models to help those dealing with gender dysphoria to reconcile with their sex,” she said. “Furthermore, I call on society to accept those who do not conform to sex stereotypes, not to push them into a life of drugs and concealment from who they truly are.”

In the “LGBTQ”-conscious culture where HBO produces documentaries like Transhood featuring children as young as 4 years old being coaxed into gender confusion by their parents, providing the help Bell has suggested to reconcile with biological sex has become criminal in some jurisdictions. At least 20 states have banned so-called “conversion therapy.”

In Canada, Bill C-6 passed its second reading this fall and allows for police to use electronic surveillance to prosecute anyone who “causes someone to undergo therapy” to change their gender identity to their “cisgender,” meaning their biological sex at birth. This could make parents, teachers or friends who in normal conversation encourage a confused child to seek help in discerning their true gender identity as aligning with their sex liable to imprisonment for up to five years.

“There is no direct legal line between a court ruling in the U.K. and U.S. law,” said Jennifer Roback Morse, founder of the Louisiana-based Ruth Institute. However, “gender-identity clinics around the world may start revising their protocols to be more legally airtight to protect against liability. We have heard of cases in the U.S. where girls walk into a Planned Parenthood clinic and walk out 45 minutes later with a prescription for testosterone. I have no idea how widespread this is. But this ruling is likely to slow that down,” said Morse.

However, endocrinologist Michael Laidlaw says that while the U.K. is taking steps to protect vulnerable children, the U.S. has not so far. He points to a “very radical and unethical study” spearheaded by transgender specialist Dr. Johanna Olson-Kennedy of Children’s Hospital Los Angeles, which has received at least $5.7 million from the National Institutes for Health to study the “impact of early medical treatment on transgender youth.”

The study was changed to lower the minimum age of treatment from 13 to 8 years, allowing children as young as 8 to receive not just hormone blockers but potent doses of irreversible “cross-sex hormones” testosterone and estrogen.

At multiple children’s hospitals across the United States, “hundreds of kids who cannot provide proper informed consent (for the reasons above), have been subject to puberty blockers and cross-sex hormones, which will sterilize them,” said Laidlaw. “This study needs to be investigated by the highest levels of the United States government. These children deserve our attention and their problems brought out into the open, just as brave Keira Bell and company in the U.K. have brought their children’s problems into the light of day.” 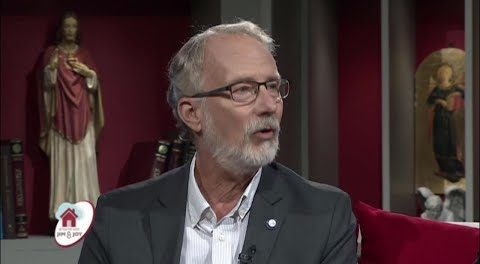 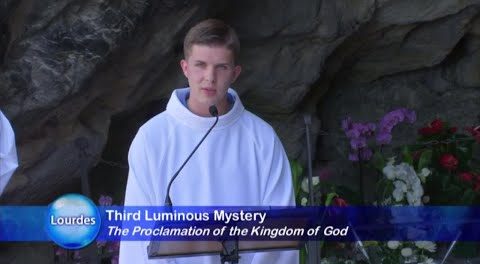 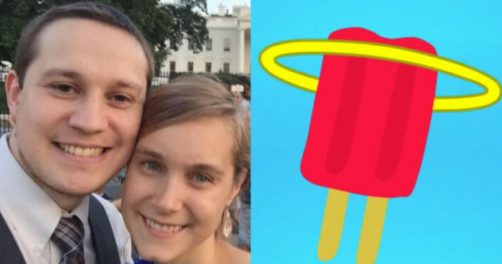 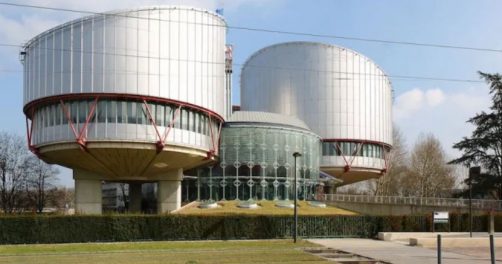 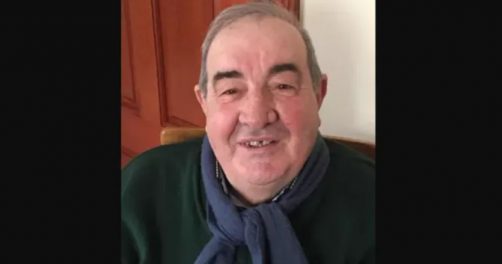