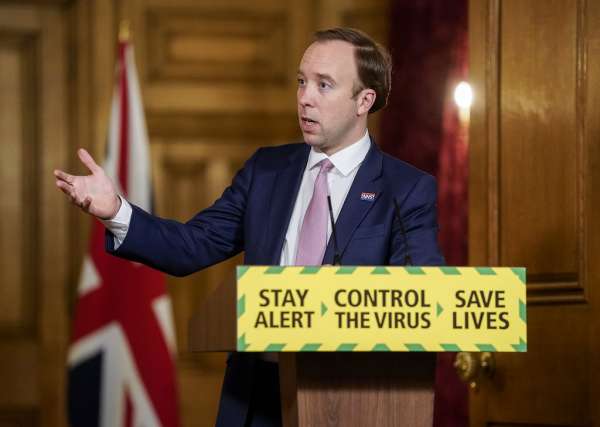 Hancock told MPs Nov. 5 that the authorities would consider going to another country for assisted suicide a “reasonable excuse” for leaving home under new lockdown regulations.

He said: “Under the current law, based on the Suicide Act 1961, it is an offense to encourage or assist the death of another person. However, it is legal to travel abroad for the purpose of assisted dying where it is allowed in that jurisdiction.”

“The new coronavirus regulations, which come into force today, place restrictions on leaving the home without a reasonable excuse; traveling abroad for the purpose of assisted dying is a reasonable excuse, so anyone doing so would not be breaking the law.”

He insisted that the new regulations did not constitute a legal change on assisted suicide.

The government has suspended public worship during the four-week lockdown, to the consternation of religious leaders.

Hancock was responding to a question from the Conservative MP Andrew Mitchell, who argued that the new rules, due to last until Dec. 2, could “deter” people in England from traveling to Switzerland for assisted suicide.

“​That will undoubtedly cause many more Britons to suffer as they die, due to a lack of a safeguarded law here in the U.K.,” he argued.

But Fiona Bruce, a Conservative MP and chair of the All-Party Parliamentary Pro-Life Group, told Hancock that it would be wrong for Parliament to consider broadening access to assisted suicide.

“At this time, when the whole country is making huge sacrifices to protect life, at a time of exceptionally high levels of physical and mental stress, and when many people may feel very vulnerable, does the Minister understand and accept the views of many, including in this House, that it would be completely inappropriate — indeed, insensitive — of this Parliament to go anywhere near considering making access to any form of suicide easier?” she asked.

The health secretary said he respected Bruce’s “sincerely held” views and that it was right for parliament, rather than the government, to lead the debate.

Bruce asked the Lord Chancellor in April whether the U.K. planned to review the law on assisted suicide.

In response, Robert Buckland said “we don’t currently have any plans to initiate a review of the law in this area or to indeed publish a call for evidence.”

In November 2019, the High Court in London rejected a judicial review of the present law, with judges saying that the court was “not an appropriate forum for the discussion of the sanctity of life.”

In January this year, the Court of Appeal rejected a challenge to the judges’ decision.

In 2015 the U.K. parliament rejected a bill that would have legalized assisted suicide for patients with a terminal diagnosis by 330 votes to 118. Parliament has consistently rebuffed attempts to change the law.

Speaking in Thursday’s debate, the Conservative MP Scott Benton asked Hancock if he agreed “that rather than facilitating overseas travel for those terminally ill patients, the Government should ensure that they receive world-class palliative care here in the UK.”

The health secretary replied: “Yes, I think this is a really important point, because high-quality palliative care and the question directly of assisted dying that is before the House today are not separate questions. They are intimately tied together and whatever view the House takes on assisted dying — and it is for the House — it is the Government’s intention to support and strengthen palliative care to make sure that we give the very best support for people towards the end of their life.”

Searches carried out on key figure...